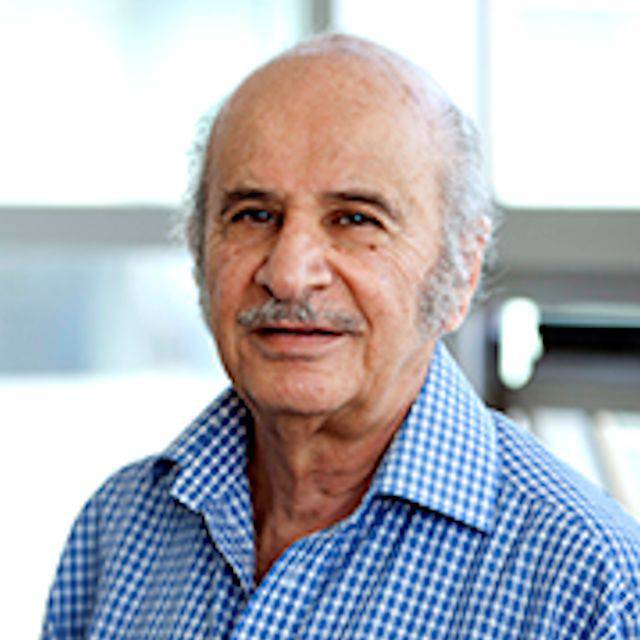 Consultation in biostatistics, population and quantitative genetics; counselling Iraqi students at the School of Biological Sciences, School of Biomedical and Helth care sciences.

Working with the Graduate School and The International Office in establishing cooperation with countries/universities abroad.

Who is Who in the World

Genetics of growth
Genetic resistance to stress including disease.
Identification of genetic markers for stress and disease resistance.
Use of selection to establish genetically resistant lines for green production.
Working on different models and species.
Mutations associated with some inherited diseases: Thalassemia; G6PD; dental caries.
Problems in sampling and sample size.

Writing a book on:

Graduated from the University of Baghdad (BVM & S) in 1961 and obtained Research Diploma in Wool Science from Bradford University in UK, 1967; and, Pre-PhD Diploma in Genetics and Biostatistics and PhD (Quantitative and Population Genetics) from Edinburgh University, UK in 1973. Currently and from 2006/07, he is a Professor at the School of Biomedical and Biological Sciences, and working with the Graduate School and Academic Partnership and International Office of Plymouth University to recruit and support postgraduate students from all Arab states, particularly, Iraq and Kurdistan, Saudi Arabia, Libya, Syria and other Arab states and to establish academic relations with Ministries of Higher Education and Universities in the region.

His dynamic scientific career spans over more than 45 years, during which he has held various lead positions within academic, technical, regional and international developmental institutions. He was a Head of Department for over 20 years and the professor of Genetics and Biostatistics at the College of Veterinary Medicine and the Institute of Genetic Engineering and Biotechnology for Higher Studies/ Baghdad University. He supervised many graduate students at the diploma, MSc and PhD levels. He retired from Baghdad University, in 2006.

As an administrator, Professor Murrani served as Director of Higher Studies and Scientific Affairs and a member of the University of Baghdad Scientific Committee and on many occasions he was Deputy President of Baghdad University (1986-1990); also he was a permanent member of Agricultural development programmes at the Ministry of Agriculture and Ministry of Industry in Iraq.

Professor Murrani has published extensively (more than 100 publications) in International, regional and local scientific reviewed journals and has authored and translated books and book chapters on genetics and biostatistics; he is still actively involved in publication in international journals. He is an editor of many scientific journals in Iraq and the International Science and Technology Journal which is published from Jordan. He is an accredited member of the Iraqi Translators’ Association (ITA).

Professor Murrani is also the honorary Executive Director of the International Operations of Babylon BioConsulting/USA. He was listed in “Who’s Who in the World” since 2007 and in the “Biographic Dictionary/Cambridge, since 2008; and was nominated in 2010 for the United Cultural Convention International Peace Prize. He was a holder of the 1st Class Iraqi Scientists Awards for the years 2001-2002.