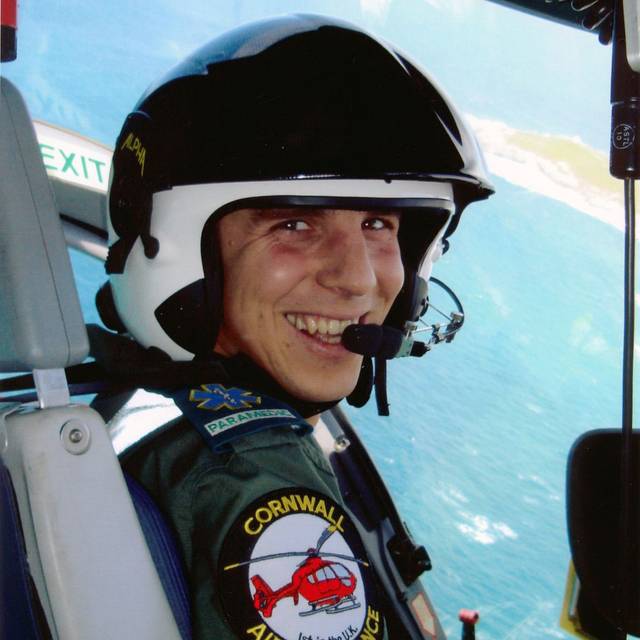 I joined the ambulance service in 1997 working in a non-emergency role (Ambulance Care Assistant) at Liskeard ambulance station in Cornwall.  In 1999 I completed my Ambulance Technician course and began my qualification year working on emergency ambulances in Exeter; this year saw a move back to Cornwall (Liskeard) where I qualified. Following a post qualification year I was successful in applying for a Paramedic position at Liskeard and underwent my Paramedic course in 2001.

After several years consolidating my Paramedic skills I successfully applied for a place on the Cornwall Air Ambulance in 2005; the same year I also started working toward my BSc (Hons) in Emergency Care. Around the same time as this I achieved promotion and became a Clinical Support Officer, responsible for a local ambulance station; this promotion also saw regular spells of 'standing in' for the Operational Locality Manager - responsible for the operational management of stations within East Cornwall.
In 2008 Plymouth University started the Paramedic Practitioner BSc (Hons) programme; following my involvement in the Emergency Care programme I was asked to come and teach pre-registration paramedic students on an ad hoc basis.  Over the next couple of years I became more involved with teaching and in 2010 left my full time employment to lecture on the Paramedic Practitioner BSc (Hons) programme.  I still maintain an ambulance service 'bank' contract and work regular operational shifts.
As a lecturer on the Paramedic Practitioner BSc (Hons) at Plymouth I run a second year patient care module and a third year practice/portfolio module.  In addition to this I am Chairperson for the School of Health Professions Service User Group.
For a few years now I have been studying on the MPhil/PhD pathway with Plymouth University, exploring clinical skills and clinicians perceptions of their own performance.

Registered with the Health and Care Professions Council (reg no. PA09607)
College of Paramedics
Fellow of the Higher Education Academy

My primary teaching interest is patient care and clinical skills.  I run a second year module where students are introduced to many of the fundamental clinical skills needed to provide high quality prehospital care.  I am also passionate about communication and this is something that here at Plymouth, we fully integrate into the afore mentioned clinical module.

Perhaps carrying on with the practical theme, I run a practice/portfolio module in year three; here the students are offered the opportunity to select a placement of their choice.

I initially became involved with research during a teaching qualification; I undertook a qualitative study exploring student paramedics life experience and engagement in placement.  This was published in the Journal of Paramedic Practice, the experience of completing this spurred me on to consider a PhD.
In 2013 I began to consider potential areas of interest for further research and kept coming back to the same thing' competence and perception of competence.  This led me to propose a PhD exploring clinical skills used by Paramedics and perception of performance.  I am now almost three years (part time) into this pathway now and hoping to complete it in the next few years.