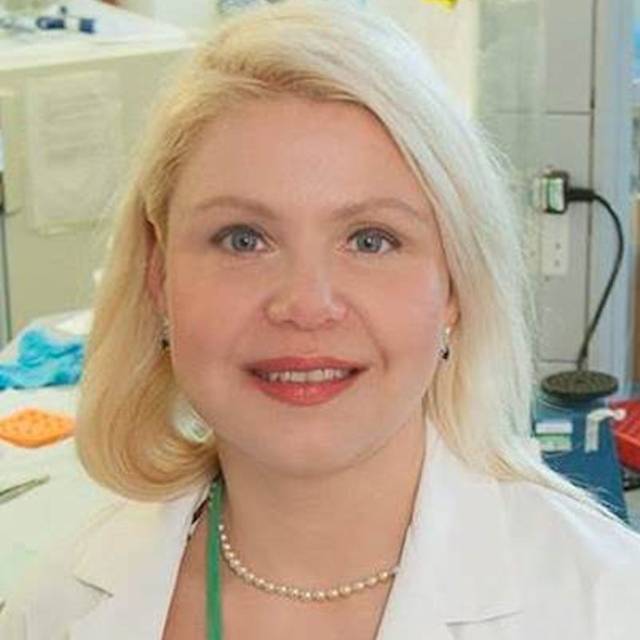 I enjoy sharing my knowledge and always appreciate teaching in which I have 18 years of experience.

From 1998 to 2005 I taught medical-, pharmacology- and nurse-students in the following subjects: hemodynamics (blood-vascular circulation-system), the safety of medical equipment (current), optical refraction of the eye, heart anatomy (dissection), oscilloscope and pacemaker and muscle structure and function. During this time I also supervised undergraduate and BSc biomedical students and lab assistants.

From 2006 until present I have supervised PhD, BSc, and undergraduate students in different projects. Between 2006 and 2007 I taught medical students in 'Neurodegenerativedisorders' and 'Disease prevention and management-vaccines ‘and 2019 biomedical students in 'Tumours of the nervous system'.

During my career I have been working on different projects including: 1) The development of immunomodulatory cancer vaccines to treat Acute Myeloid Leukaemia (AML) (Clinical Immunology),2)Investigation of the role of endogenous retroviruses in Multiple Sclerosis(MS)(Clinical Virology) and 3) Revealing the signalling of orexinergic receptors towards cell fate determination (Neuroscience).

Since January 2006 I have been working at Professor Oliver Hanemann’s laboratory (Plymouth University Peninsula Schools of Medicine and Dentistry, The Institute of Translational and StratifiedMedicine). My work has centred on dissecting the signalling pathways involved in the development of Merlin-deficient tumours in order to find specific and effective therapeutic targets. I have successfully achieved external funding from six different charities where I was lead or single applicant. Additionally, I have published ten first-authored papers, one paper as Director of studies and one book chapter and one invited article in Nature Reviews Neurology. I have also contributed to six other papers published by my colleagues.

Our research team have received an award from Neurofibromatosis (NF) Advocature in recognition of our research and continued commitment to NF2. Additionally, my work within theNF2 field contributed to phase 0 clinical trials at our unit in collaboration with Manchester Hospital. My main goal is to find a good drug treatment for schwannomas and other Merlin-deficient tumours.

This project involved the investigation of the role of p53 deregulation in schwannoma development and targeting pathways involved in p53 degradation. In this project, I was first author.

In this project, we have investigated the role of Axl receptor inschwannoma pathological proliferation, cell-matrix adhesion, and survival. In this project, I was the first and corresponding author.

In these studies, we have demonstrated that IGF1/2 and IGFBP-1 arereleased from schwannoma cells and IGF-I receptor overexpressed leading toincreased schwannoma proliferation and cell-matrix adhesion. In these projects I was first author.

In this project we have tested the therapeutic effectiveness of a PDGFRinhibitor Nilotinib and a MEK1/2 inhibitor selumetinib (AZD6244), in humanschwannoma in vitro model. In these projects I was firstauthor.

ErbB/HER receptoractivation and preclinical efficacy of lapatinib in vestibular schwannoma

This project was in collaboration with Dr Karajannis (USA) to test EGFR/HER inhibitor Lapatinib in human schwannoma in vitro model. In these projects I shared first authorship.

In this study, we have tested the therapeutic effectiveness of a MEK1/2inhibitor AZD6244, in human schwannoma in vitro model. In these projects I was first author.

Here we demonstrated that PDGFRβ is strongly overexpressed in schwannoma cells leading to increased schwannoma proliferation. We have also successfully tested a PDGFR/Raf inhibitor Sorafenib. In these projects, I was the first author.

The aim of this study was to investigate the mechanisms of orexin receptor coupling to the cascades regulating cell fate and also the assessment of the molecular determinants involved in orexin peptide-orexin receptor interaction.

This project focused on the investigation of the expression of the endogenous retrovirus (ERV9)-related proteins in peripheral blood cells and presence in sera from multiple sclerosis (MS) patients.

The aim of this was to design cancer vaccines to treat leukemia and lymphoma. The vaccines would be implemented in both immunotherapy and gene therapy. For immunotherapy, human blood monocytes were separated and differentiated into dendritic cells for antigen presentation and activation of cellular immunity. For cytokine gene therapy, genes for various cytokines were transferred into acute myeloid leukemia (AML) cells via retrovirus- and adenovirus-based vectors.

I was involved in phase 0 clinical trials testing Sorafenib in Neurofibromatosis type 2 (NF2) patients. I perform tests on tumour tissue and blood samples from patients to look for the effect of these drugs on signalling pathways known to be involved in the development of Merlin-deficient tumours.

2016 ActionMedicalResearch for children: ‘The role of Endogenous Retroviral proteins in the development of Merlin-deficient tumours and as potential immunotherapy and/or drug targets’. Sylwia Ammoun: lead applicant and DoS, RobertBelshaw:co-applicant. September 2016-September 2018. Consumables£65,061.