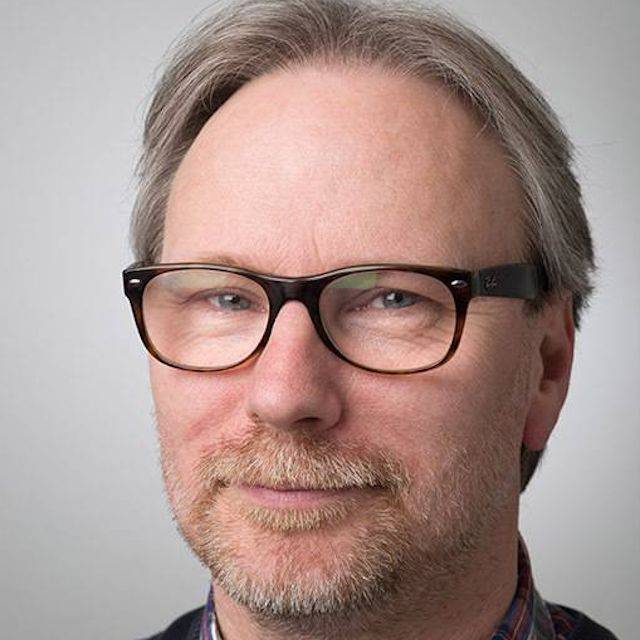 Association for Photography in Higher Education

Teaching interests cover both BA and MA work in photography.

Over the last ten years I have developed a particular interest in the way in which photography can be used within practice-based research. A core element of my PhD was an exploration into how photography could be developed as a primary research medium rather than a documentative tool.

The PhD (awarded in April 2000)was entitled:

"The Architectural Expression of Anglican Ritual as Disseminated Through a Photographic Enquiry of Six Devon Churches".

Subsequent research interests evolve around my wider interests in:

architecture and the built environment

The contemporary visitor to our cathedrals arrives with any number of individual perspectives on what they encounter, based on previous knowledge of similar visits to similar places, on ever-more evidenced pre-visit experiences (such as highly informative and complex websites that can include uses of panoramic and interactive media functions). We are faced with buildings full of visitor interpretation, guides (printed material and human participants), and an array of published materials to take away as memories of the occasion - the variety of which still, however, focus on historical description.

So my interest now is to develop a new photographic enquiry into the human experience of the cathedral as a spiritual and architectural space of contemplation, sanctuary and revelation, utilising a photographic method of representation that will attempt to position this reading of the spaces. From discussions with Professor Punt (Plymouth) an AHRC application will be formulated in this respect, which looks to establish an interdisciplinary project team and an opportunity to fully develop and consolidate a photographic interpretation of the cathedral space.

The Arrow of Time

My photographic practice has, for some years, been concerned with issues of rurality, urbanism and human experience. In a recent series of landscape images I focussed my response to a specific location as a creative practitioner, exploring the ‘intersection between ordinary life and extraordinary encounter’.

Time: On a simple, but nevertheless common level of understanding, time appears to move in a forward direction, defined by theoretical physicists as The Arrow of Time. However, within this direction there are many continuing cyclic elements.

An emotional relationship with our surroundings: Psychogeographers clearly believe that humanity has always, in some respects at least, been aware of the impact our surroundings have on our emotions.

Methodical practice: The practice is slow and methodical in process, using a 10x8 plate camera. Each part of the process is contemplative.

Eugene Cuvelier, Gustave le Gray and the Fontainebleu artists in the 1880s - making work in a landscape that was both site and sanctuary

Paul Cézanne - an artist in love with light and rock

Robert Adams - in talking of Timothy O’Sullivan’s landscape images - “...they restore to us a knowledge of a place we seek but lose in the rush of our search. Though to enjoy even the pictures, much less the space itself, requires that we be still longer than is our custom.” (from Why People Photograph, p37)

'The appreciation of landscape is more personal and longer lasting when it is mixed up with the memory of human incidents. It also endures beyond the fleeting when aesthetic pleasure is combined with scientific curiosity. Intense awareness of environmental beauty normally comes as a sudden revelation. Such awareness is least affected by received opinions and it also seems to be largely independent of the character of the environment. Homely and even drab scenes can reveal aspects of themselves that went unnoticed before, and this new insight into the real is sometimes experienced as beauty.'

Emblems of Civilisation is a project that I've been working on for the last few years. The Devon village in which I recently lived, like so many others, has been faced with issues of expansion, with new housing estates being erected on the edges of the ancient site. Issues such as local distinctiveness and living the rural idyll have become a fascination for me through watching the development of such sites.