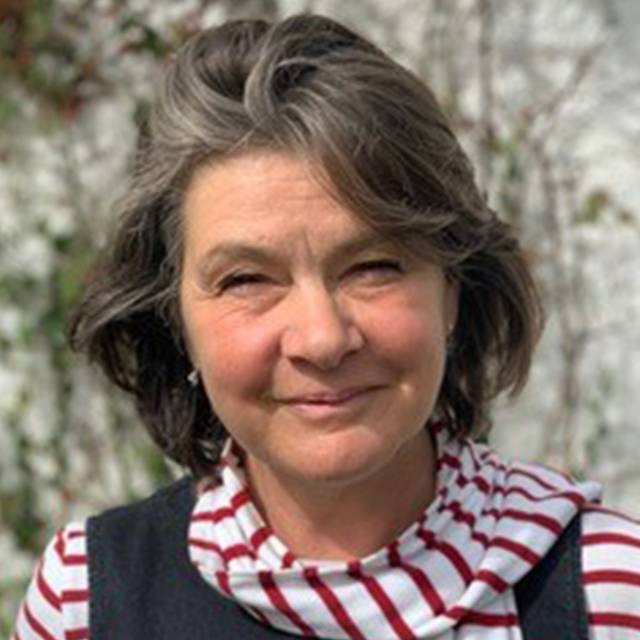 Sally is a fully funded Doctoral Researcher in the Architecture Department at the University of Plymouth. She is investigating the relationship between architecture and water, with the intention of contributing new understandings of community and creativity along and on the banks of selected rivers. The research explores how traditional working boats once characteristic of London’s riverscape have been repurposed into a form of habitation that offers an alternative way of living in the city. A vernacular dwelling that echoes the spirit of the Thames and reinforces the crucial role that rivers play in post-industrial urban recovery and regeneration.

The inspiration for the research was stimulated by a series of discussions that challenged the relationship between the River Thames and the contemporary development along its banks. The unprecedented scale and pace of this latest transformation has been criticized for its adverse impacts on local communities suggesting that it does little other than buy a view for the few. Doubts were expressed as to whether or not riverside developments are contributing to the creation of an integrated city or actually deepening social and physical divisions. At the same time questions have been raised on how the river and its banks could be reimagined as a civic space that has the potential to engage with architectural forms that respond to water in such a way that it becomes part of the ‘living’ city with access for all.

These issues were raised through a series of public debates that took place in 2014 at the Old Royal Naval College to coincide with the production of a three -part documentary series that explored the potential of the river to provide solutions to the ever- increasing urban demands of the city. As a (then) member of Hermitage Community Moorings (HCM), living on an historic barge on the tidal Thames, these ideas inspired me to think about ways in which it would be possible to further examine the changing role of the river and the extent to which this natural environment could provide radical solutions for twenty first century urban living. The small community (HCM) of riverine dwellers had recently built (2008) a new mooring in response to the lack of permanent moorings on the Tidal Thames, and the availability of affordable homes within the city centre. In 2012, the River Thames had become the focus of two major events, the Diamond Jubilee celebrations and the Olympics; with the eyes of the world focused firmly upon the city’s watery heartland, seemingly, this iconic river offered a world of new possibilities.

However, these challenges are not just for Londoners, cities and towns worldwide are grappling with a variety of dynamic global forces that are encouraging planners, architects, urbanists and activists to reconsider how society interacts with river/water spaces. They form part of a new wave that seeks to use architecture and design as a form of activism and resistance to tackle the world's urban, environmental and social crises (The Architectural Review: Architecture and Water Documentary, 2014; River Cities: Historical and Contemporary, Dumbarton Oakes Conference 2015; Kent: School of Architecture: Riverine Conference 2014; Chatterjee, 2014; Rebel Architecture: Working on Water, Al Jazeera, 2014. Filmmaker Riaan Hendricks; Knoll, Lubken, Schott, 2017).

The relationship between art, architecture and water – historical and contemporary.

The Politics of Space and Place.

Visual Research Methods: re-photography and the use of panoramic images as evidence of change.

Sally was an early member of Hermitage Community Moorings, a co-operative that funded, designed, and built a residential mooring on the River Thames and home for 18 historic vessels. During this period, she renovated a hundred-year-old Dutch Sailing Barge using as many traditional methods as possible. In 2009 the residents of HCM founded a charity Hermitage River Projects. As a Trustee Sally secured HLF funding for an oral history project, “A Sense of Place” that researched and recorded the oral and visual histories of those that live and work on the River Thames. A key element of the project was to establish and develop a range of stakeholder partnerships.

Sally studied the History of Art the University of East Anglia, where her interest in water and watery themes led her to research medieval Hanseatic trade routes. She examined the meaning and use of ship iconography on 15th century church bench ends placing them within a flourishing European maritime fishing and trading context. This was followed by research into Mediterranean trading routes and the artistic interchange between the Eastern and Western worlds during the early Medieval period.

Sally has lived and worked in historic maritime centres such as Borneo and Hong-Kong and has never been far from water. She is a keen sailor and a wild swimmer.