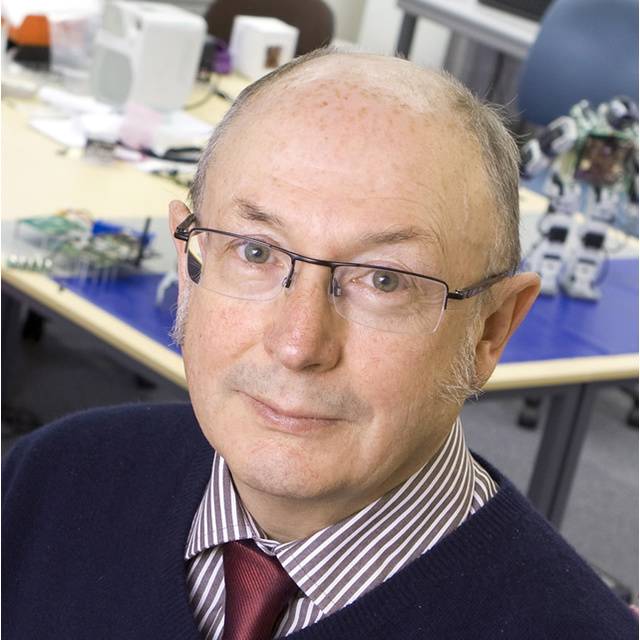 Robert Sutton holds the degrees of BEng(Tech) in Engineering Production, and MEng and PhD in Control Engineering from the University of Wales. Prior to joining the Royal Navy as a Commissioned Officer in 1976, he served general engineering and student apprenticeships with Firth Cleveland Fastenings Limited, Pontypridd, UK, followed by a period as a research student in the Industrial Engineering Unit, UWIST, Cardiff. On completion of his service in 1992 in the rank of Lieutenant Commander Royal Navy, he took up an appointment at the University of Plymouth.Currently, he is the Head of the  School of Engineering and of the MIDAS Research Group.

2000 to 2003 :   External Examiner for the BSc Combined Studies (Integrated Technologies) course offered by the University of Sheffield under the aegis of its Collegiate Studies Scheme.

2002 to 2004:    External Examiner for the BEng in Mechanical Engineering course offered by the Department of Mechanical and Design Engineering, University of Portsmouth.

2005 todate       External Examiner for the BEng and MEng in Marine Technology courses offered by the School of Marine Science and Technology, University of Newcastle upon Tyne.

2006 to             External Examiner for the MSc in Offshore and Ocean Technology course offered by Cranfield University.

Professor Sutton's main research activities lie in the application of advanced control engineering and artificial intelligence techniques to control problems. Ongoing research is concerned with the use of fuzzy logic, neurofuzzy algorithms, artificial neural networks and adaptive search algorithms in the design of novel control systems for industrial and marine plant. Of particular interest is the design and development of uninhabited marine vehicles for both surface and underwater operations.

EPSRC and Other Sources

2004     £ 250.75 K (over 3 years) EPSRC / Industry for An Unmanned Surface Vehicle with  Pollutant  Tracking and Surveying Capabilities Research with J Chudley

PUBLICATIONS SINCE THE PREVIOUS RAE

Invited seminars given at the following venues:

20. Joint Seminar Programme of Warwick and Coventry Universities on Systems and Control, November 2000.

21. Centre for Systems and Control, Department of Electronics and Electrical Engineering, University of Glasgow, January 2002.

1966 The Oxford Award for best attainment in the craft practice for a first year apprentice, Firth Cleveland Fastenings Ltd, Pontypridd.

1985 J Langham Thompson Premium for the most outstanding paper in the IERE journal during 1985.

1991 Donald Julius Groen Prize for most outstanding paper in Proceedings Part I of IMechE during 1991.

1995 Outstanding Paper Award for the best paper in the Journal of SNAME, ROC, during 1995