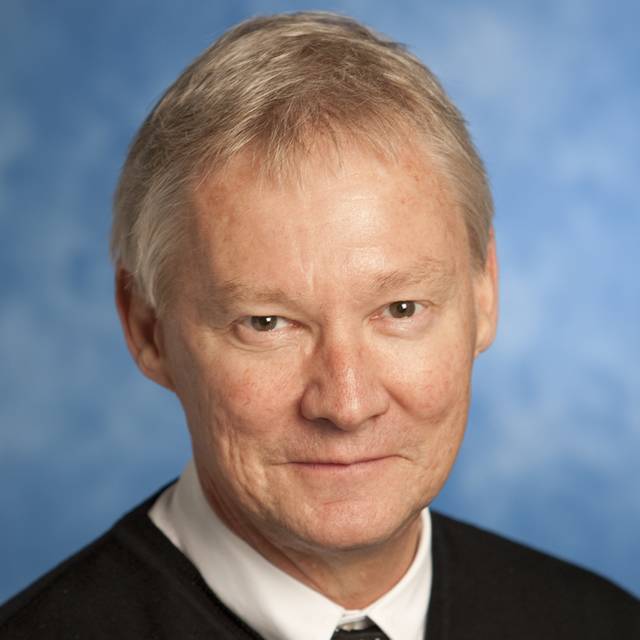 Neil can be contacted through arrangement with our Press Office, to speak to the media on these areas of expertise.

I have been Professor of Mechanical Engineering at Plymouth since 1996 and my research interests lie in design for structural integrity, covering the fields of fatigue and fracture, residual stresses, fatigue life prediction and welded joints. I have variously been Dean of Technology (6½ years), Pro-Vice Chancellor (15 months) and Head of the School of Marine Science & Engineering/Associate Dean (6½ years).

Awards include the 2020 Robert Moskovic award from Technical Committee TC12 of the European Structural Integrity Society (one of 3 such awards in 2020) in “recognition of an outstanding contribution to Fatigue and Fracture of Structural Alloys and Materials”; the Coffin-Manson medal in 2019 awarded by the Italian Fracture Group in “recognition of the research work done throughout his academic career to understand and model the fatigue behaviour of metallic materials and welded joints”, and the Silver Medal of the South African Institution of Mechanical Engineering in 1986.

I am Co-Editor (Europe, Middle East and Africa) of the International Journal of Fatigue (impact factor in 2019 of 4.369 and ranked 16/130 in Mechanical Engineering by Clarivate Analytics), am an Editorial Board member of Engineering Failure Analysis (Elsevier Science), and Frattura ed Integrità Strutturale - the International Journal of the Italian Fracture Group; have previously been on the Editorial Board of the ICE journal Forensic Engineering .

I have authored/co-authored more than 180 research publications in refereed International Journals and Conference Proceedings. I have given numerous invited Plenary or Keynote lectures at International Conferences. In 2008 I was invited to be the John Orr Memorial Lecturer for the South African Institution of Mechanical Engineering. This prestigious lecture is intended to celebrate the achievements and contribution of Professor John Orr OBE, Hon. LLD (1870-1954) to engineering and engineering education in South Africa. My chosen topic was ‘Reliable Products and Structures’.  I am an Honorary Member of the Gruppo Italiano Frattura (Italian Fracture Group) in recognition of “outstanding achievements in the research fields of Material Science, Fracture Mechanics and Structural Integrity”.

I have significant experience of acting as a failure analysis and metallurgical consultant, generating some 180 reports over the last 40 years. My work has ranged over advising on fatigue design, through determining mechanisms and causes of failure in mechanical equipment, plant and structures, to metallurgical assessment, corrosion problems, fatigue life and fracture toughness testing. I have acted variously as a fatigue and fracture expert, an Expert Witness in court cases, and a forensic engineering consultant to industry and legal firms in a number of countries, including the UK, USA, South Africa, Netherlands, Australia and New Zealand.

2003 Doctor of Technology (Honoris Causa) degree conferred by the Port Elizabeth Technikon, South Africa, in recognition of standing in the field of mechanical properties of metals and development of mechanical engineering at the Technikon.

2005 DSc(Eng) conferred by the University of the Witwatersrand, Johannesburg, South Africa, for a thesis entitled A contribution to knowledge and understanding of fatigue crack growth phenomena representing a distinguished contribution to the advancement of knowledge in the subject.

2003 Honorary award of title of Visiting Professor to the Materials Research Institute at Sheffield-Hallam University for 6 years from June 2003.

2007 Appointed Honorary Professor of Nelson Mandela Metropolitan University, Port Elizabeth, South Africa in the Institute for Advanced Manufacturing and Engineering for 5 years from August 2007, re-appointed for a further 5 years in 2012.

Fellow of the Institute of Materials, Minerals and Mining, London

Registered as a Chartered Engineer with the Engineering Council, London.

Member of Panel 30, Mechanical, Aeronautical and Manufacturing Engineering in the 2001 Research Assessment Exercise organised by the Higher Education Funding Council of England.

Manager and PI of Phase 2 of the development and exploitation of FaME38, the Facility for Materials Engineering at the Institute Laue-Langevin (ILL) and the European Synchrotron Radiation Facility (ESRF), Grenoble, France, on behalf of a UK consortium of 12 University partners (2005). Funded by EPSRC grant EP/C008847/1, £467 460 for 12 months, with €200 000 of matching support from the ILL and ESRF. Previously invited to join the Management Committee (2002).

I have acted as an External Examiner for some 43 MPhil and PhD degrees for UK and overseas universities since 2001. Have been an external examiner at the University of Portsmouth and the University of Nairobi, Kenya.

Fatigue and fracture of structural alloys and materials

Residual stresses in components and structures

P J McGrath, PhD An investigation of residual stresses induced by forming processes on the fatigue resistance of automotive wheels, 2001.

C A Yeo, MPhil The Development of a Methodology for a Dynamic Design Process, 2004.

As either PI or Co-PI, I have held research and/or teaching grants from a number of external funding bodies, including major industry, The International Lead Zinc Research Organisation, the EPSRC, the Leverhulme Foundation, the UK Centre for Materials Education, the Newton Fund of the Royal Academy of Engineering, and the Department of Higher Education and Training, South Africa.

2010      Plenary Lecture at the 18th Spanish National Conference on Mechanical Engineering, Ciudad Real, Spain, 305 November 2010. Only four invited plenary lectures were given at this conference.

2010       Plenary Lecture at the 10th International Fatigue Congress, Prague, Czech Republic, 6-11 June 2010. Only four plenary lectures were given at this conference which attracts 300-400 delegates and is the premier fatigue conference series.

Editorial Advisory Board member of Frattura ed Integrità Strutturale - the International Journal of the Italian Fracture Group from August 2010.

Member of the Editorial Advisory Board of the Elsevier journal Engineering Failure Analysis from 2004.

Member of Editorial Board of the Bentham Open Mechanical Engineering Journal from February 2007.