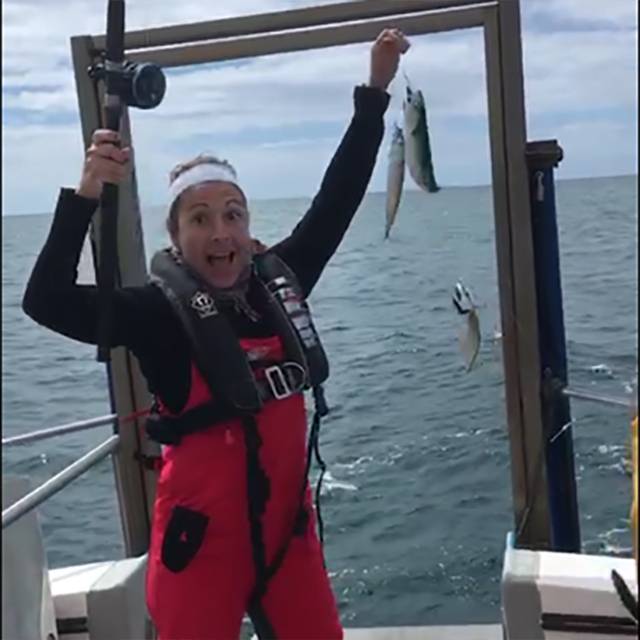 I am a third year PhD Candidate.

My PhD project aims to assess the overall footprint of an offshore longline mussel farm in it's surrounding environment, in Lyme Bay, UK. The objectives are to study the ecosystem interactions between the farm and the oceanography and ecology of the area by examining the hydrodynamic and physiochemical regime, the surrounding plankton community as well as the pelagic and benthic assemblages.

I am an early ecology and conservation researcher with 10 years experience in collecting and interpreting measurements from a diverse range of dynamic regimes in the terrestrial and marine environment. Both my academic and professional experience have always involved a multidisciplinary and holistic approach to marine conservation and resource management. I believe that studying and understanding the links between biodiversity and its function within the ecosystem is crucial.

IMPAC3. Marseille, France - Invited to report on a workshop as part of the MAIA project - October 2013

After obtaining a BSc (Hons) from the University of Plymouth, UK, I moved to Madagascar to work as a Science Officer and Volunteer Coordinator for two well-known NGOs. In Madagascar, I contributed to the re-writing of the science project, performed various underwater surveys and trained volunteers to perform the scientific diving program. Upon my return to the UK, I worked as a terrestrial ecological surveyor for a renowned ecological consultancy before embarking on a three year post as a Marine Lead Adviser for Natural England (NE). Based in the South West of England, I worked on the designation of new Marine Protected Areas (MPAs) advising DEFRA on pre- and post-designation as well as leading on stakeholder engagement programs as the Exe Estuary MPA site lead. As part of my role, I also developed new Conservation Advice packages for SW MPAs and dealt with casework. I also joined the RV Cefas Endeavour vessel to perform MCZ verification surveys along the SW coast as part of a joint Cefas/NE project.

In 2019, I started a new chapter on my scientific career as a PhD student as part of Dr Emma Sheehan’s research group in the University of Plymouth, UK. During this 4 year PhD, I will embark into the study of ecological and oceanographic environmental impacts of a novel large-scale offshore mussel farm in Lyme Bay, SW UK.