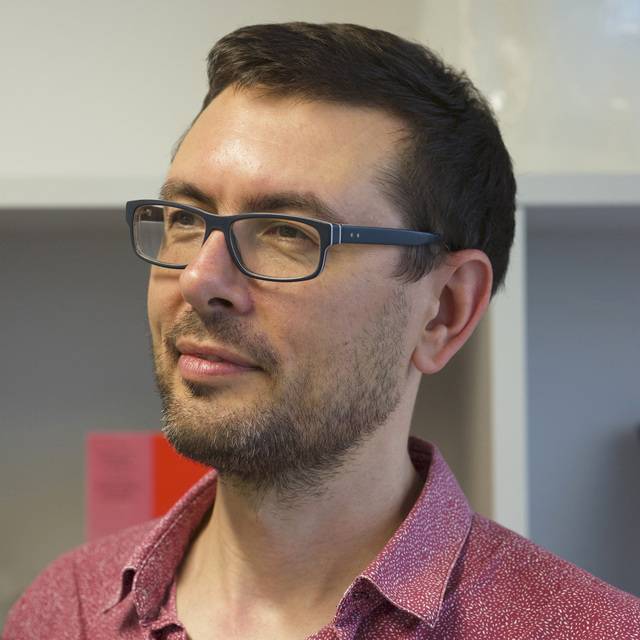 School of Art, Design and Architecture (Faculty of Arts and Humanities)

James is programme leader and lecturer for BA(Hons) Graphic Communication With Typography. He has also lectured on the BA(Hons) Illustration and MA Publishing programmes. He is a practitioner and researcher within the field of interactive media design.

He is a member of the Message research cluster.

James lectures on the undergraduate and postgraduate programmes within the Communication Arts subject area. He is currently programme leader and stage 3 coordinator for BA(Hons) Graphic Communication with Typography. James' teaching centers on fostering an understanding of visual communication, within the context of both digital and 'traditional' practices.

He has experience of developing and managing course programmes for the Open University, the University of Brighton and Plymouth University, and has facilitated a number of student achievements, including prize winners for the D&AD New Blood Awards and Festival, the YCN Student Awards, the ISTD student assessment scheme and Computer Arts Magazine Graduate Showcase.

Student design projects that James has coordinated include those run in collaboration with House of Fraser, IBM, Skint Records, The Met Office, It's Nice That, Brighton Museum and Art Gallery and the English Riviera Global Geopark.

Recent projects include the interface design and development of smartphone apps The Cartographer's Confession (2017), Journeyer's Guidebook (2016), The Lost Index (2015), The Letters (2014), and Cold Case 1866 (2011), which use sensors built in to consumer handsets to drive immersive location-specific narratives. These have been produced in conjunction with researcher Emma Whittaker along with external organisations such as the Digital Cultures Research Centre Bristol, Dartington Hall Trust, Jubilee Library Brighton and the National Museum of Denmark.

He was part of the organising committee of the Digital Research in Humanities and Arts Conference 2017, and co-coordinated the Expanded Narrative Symposium in 2013.

More information about James' projects can be found here.

Between 1999-2004 James created experimental animated works that investigated the notion of a 'digital aesthetic'. His works were presented at the LUX Centre London, The Cyberart festival in Bilbao, broadcast on MTV2 and published on an internationally distributed Arts Council funded multimedia DVD produced by the artist group Semiconductor.
James has written articles on mobile app design and development for the popular online publication Smashing Magazine, provided 'web for business' mentoring for SMEs as part of an LSC funded 'Business Innovation' programme and delivered bespoke professional training courses on web design for graphic design agencies.