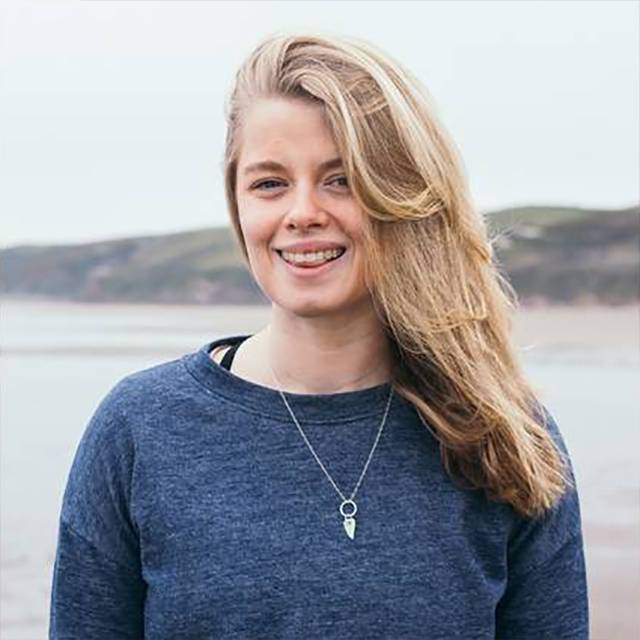 Imogen is a Post Doctoral Researcher at The University of Plymouth. Her research investigates the sources of plastic pollution into the environment.

In 2018, Imogen became a National Geographic Explorer and Sky Ocean Rescue Scholar. This funded her ongoing research to investigate different inventions which aim to capture fibres in the washing machine cycle, to stop them potentially entering the environment.

2019 - PhD Marine Science (Sources of Plastic into the Marine Environment)

Reviewer for research publications for:

1. Imogen did the first research piece that specifically analysed different fabric types (such as polyester) to further understand how many plastic fibres come off during clothes washing. Her research found that up to 700,000 fibres could potentially come off from a single wash of acrylic clothing. Following this research, Imogen is now working to identify the most effective technology for capturing the tiny microplastic fibres that are released when modern clothes are washed.

2. Her work also recently helped influence the ban of microbeads in cosmetics internationally, where she found over 3 million plastic particles could be in one bottle of main brand facial scrub.

3. Imogen's most recent research found that biodegradable bags can still hold a full load of shopping after being submerged in the ocean, or buried in soil, after 3 years and is using this research to push for clearer labelling and improved standards for such materials.

4. Additionally, Imogen is an expedition scientist on the National Geographic ‘Sea to Source; Ganges Expedition’. As the microplastic lead, Imogen is investigating microplastics in a major river system. The data collected will help us to better understand the movement of plastic through a river and the repercussions it can have.