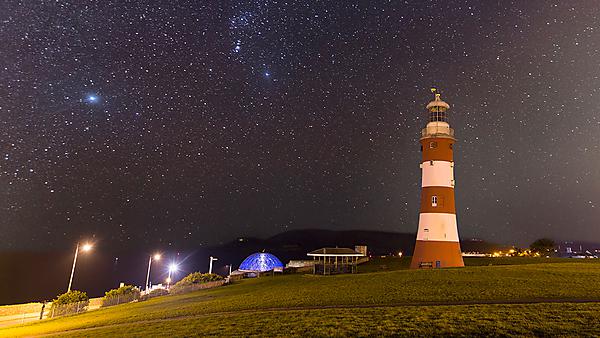 Martin Ashley is a Consultant and Honorary Senior Lecturer in Restorative Dentistry in Manchester and is the Associate Clinical head of the Dental Division of the CMFT NHS Trust.

He has a leading role in clinical effectiveness, patient safety, informatics and quality improvement in oral healthcare.

Martin is the lead clinician for the Hypodontia and the Cleft Lip and Palate services in Manchester.

He is a member of the RD-UK Council and Honorary Treasurer. 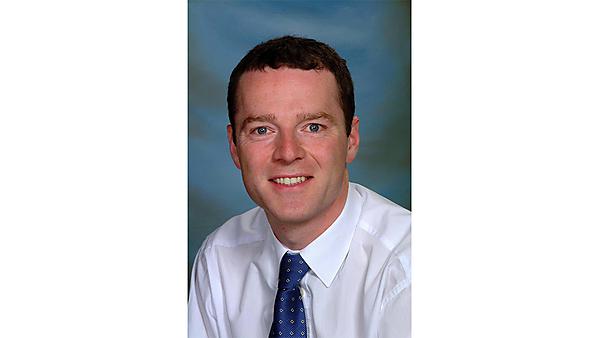 From 2004 to 2006 James taught on the Certificate in Restorative Dentistry at Eastman CPD and has taught at The Eastman Dental Hospital in the Department of Prosthodontics since 2004.

He is a registered specialist in Prosthodontics and owns a private practice in London’s West End. 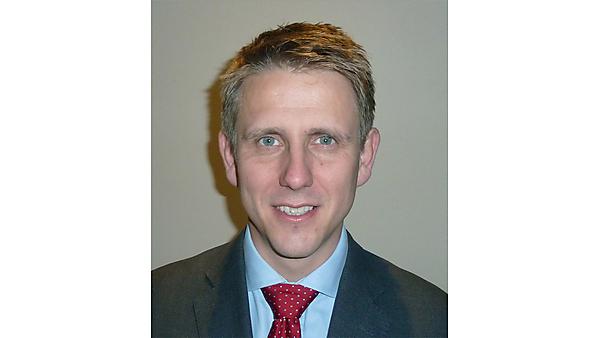 Janet Clarke qualified in the 1980s from Birmingham University and went on to work in general practice, but primarily the community dental service in and around Birmingham. She has significant involvement with the British Dental Association, firstly as Chair of the Central Committee for Community and Public Health Dentistry and then as BDA President in 2011.

She was a member of the Steele Review team in 2008 and led the production of the Commissioning Guide for Special Care Dentistry that was published in 2015. She is currently Deputy Chief Dental Officer for England, chairs the Local Professional Network for dentistry in the West Midlands and was awarded an MBE for services to dentistry in 2010. 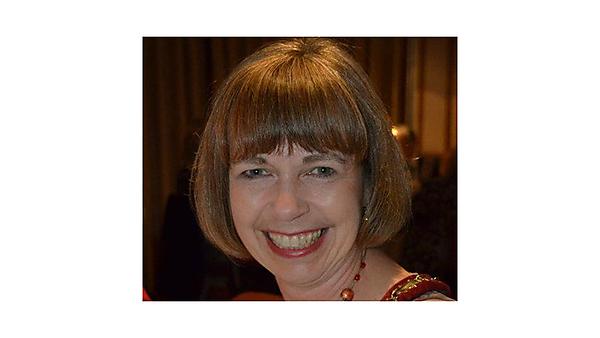 After qualifying at Bristol Dental Hospital, Claire worked in general practice in Somerset. In addition to this, she spent two years in hospital specialties including oral surgery, oral medicine and paediatrics. In 2015 she became Consultant in Restorative Dentistry at Bristol NHS Foundation Trust and is Lead for managing Dental Developmental Deformities and Abnormalities in the South West. Claire also works regularly at private practices in Bristol and Exmouth.

She is an active member on national dental committees supported by the Royal College of Surgeons of which she is a member. She is on the medical board for the national ectodermal dysplasia society and has links with units internationally, such as Sweden, USA and Canada for managing development conditions.

She has a variety of interests within the restorative field encompassing: dental implants, bespoke dentures, traumatic dental injury and gum disease management. 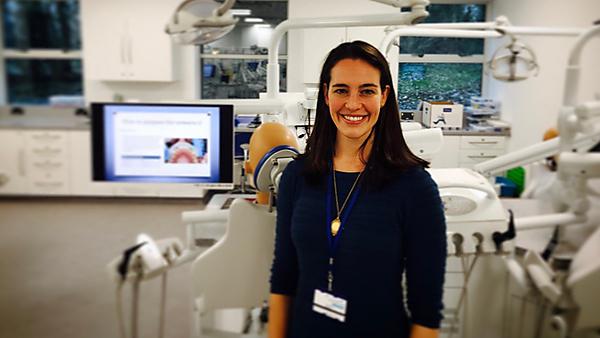 She helps to provide plans for patient’s dental management that can be provided by local practioners. She has experience of managing both patients with anxiety and treatment under the use of sedation.

Matthew Garrett qualified from Bristol Dental School in 2001 following which he completed the Restorative Dentistry training pathway. He was appointed as a Consultant in 2010. His main area of clinical interest is in the restorative treatment of acquired and developmental anomalies.
Matthew is a member of the board of the Faculty of Dental Surgery of the Royal College of Surgeons of England. 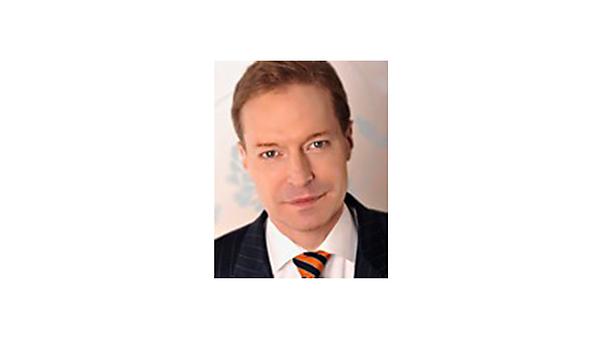 Andrew has worked within the NHS in Devon for more than 40 years and has experience of working with primary care providers including GPs, pharmacists and dentists. In 2003 he was seconded to a project officer role, working with dental practices across Devon and Cornwall to test new contracting and payment arrangements for the delivery of primary care based dental services under the Government’s “Options for Change programme. This was the largest pilot scheme in the country with over 50 practices operating under the pilot arrangements.

At the conclusion of the pilot in late 2005 he undertook the lead role with North Devon PCT with responsibility for the implementation of the 2006 dental contract and implementation of the new NHS pharmacy framework. Since that time he has worked as the dental lead across Devon PCT, provided a regional dental lead role within the regional health authority and been the dental lead for the Devon and Cornwall Area Team within NHS England and the subsequent expansion of that role to cover Somerset, North Somerset, Bristol and South Gloucestershire. 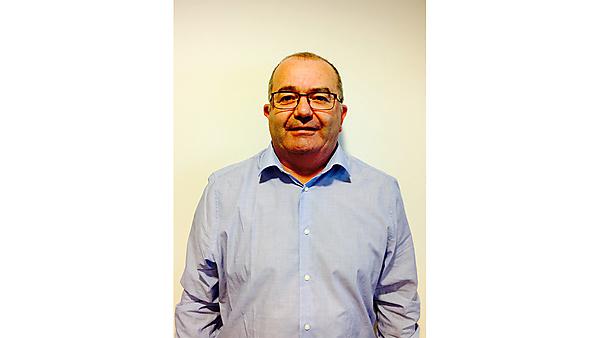 He has contributed nationally to the development of the national commissioning guides, been a commissioning member of the NHS England Direct Commissioning Group and locally has been working with the Local Professional network and more recently established managed clinical networks.

Ken graduated with honours in Dental Surgery from Bristol University in 1982. Junior hospitals posts followed at Bristol, Birmingham and Torquay before gaining a Registrar in Oral Surgery position at the Royal London Hospital. He gained his London fellowship in 1986 before entering the specialty of Restorative Dentistry.

He has examined for the Royal Colleges of England and Edinburgh, National University of Singapore and Peninsula University. He was president of the British Society for Restorative Dentistry 2014-15 and is currently on the editorial board for Dental Update. 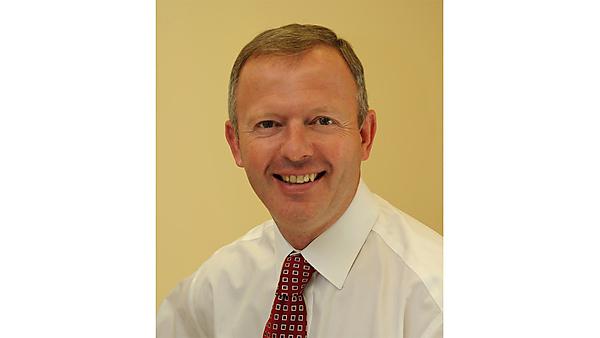 His research interests and publications, including two books, have covered the management of tooth wear, hypodontia, and tooth replacement. He now shares his time between hospital and private practice.

I qualified in dentistry at Bristol University in 1999 and completed my Fellowship in Restorative Dentistry in 2006 (Royal College Surgeons, Edinburgh). I provide management of patients with head and neck cancer and developmental disorders. My specialist interests include multidisciplinary care of patients with orthodontic-restorative needs and the rehabilitation of cancer patients with dental implants. As the Managed Clinical Network chair in Restorative Dentistry for the Southwest I am developing a network across the region to help provide specialist services to all patients and improve quality of care.

I have a passion for education. I am clinical lead for the Exeter Education Facility and Associate Professor in Clinical Education in Plymouth University. I have played an active role in the development of the dental virtual patient a tool to develop treatment planning skills and I am responsible for the clinical dentistry modules in the final year of the undergraduate program. I am also a module lead for the postgraduate cert/diploma/masters in Restorative Dentistry and leading on advanced restorative dentistry techniques in Year 2. 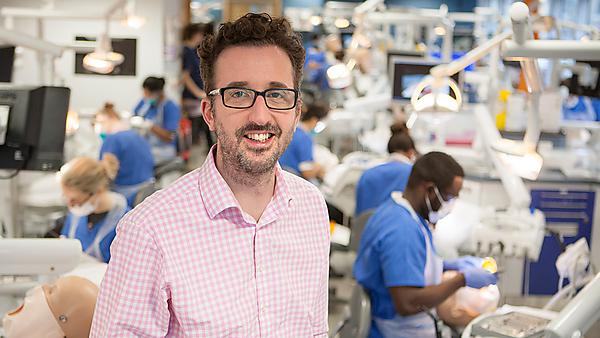 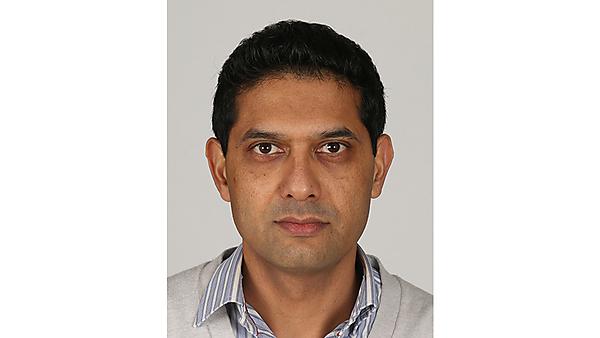 Jane graduated from Kings college, University of London with a BDS(Hons) in 1981, and obtained FDS RCS (Edin) in 1984. She was awarded an MRC training fellowship with honorary registrar status in 1984 and was awarded a PhD in Cellular Biology by the University of Bristol in 1987.

Following completion of her PhD she became a Senior Community Dental Officer based in the Oral Medicine department and developed the medically compromised unit with Bristol dental Hospital which she ran until beginning specialist training in Dental & Maxillofacial radiology in 1996. After obtaining her Diploma of Dental radiology from the Royal College of radiologists in 1999 she was appointed to a Consultant in Dental & Maxillofacial Radiology at University Hospitals Bristol NHS FT in March 2000.

In 2002 she became Clinical Director of the Dental Hospital and Deputy Medical Director at UHBristol FT from 2007.

After appointment as Dental Postgraduate Dean for Health Education England Southwest in December 2013, she has continued 3 sessions a week as Deputy Medical Director (Professional Standards), and undertakes a session a week of clinical work which includes CBCT and plain reporting and sialograpghy. 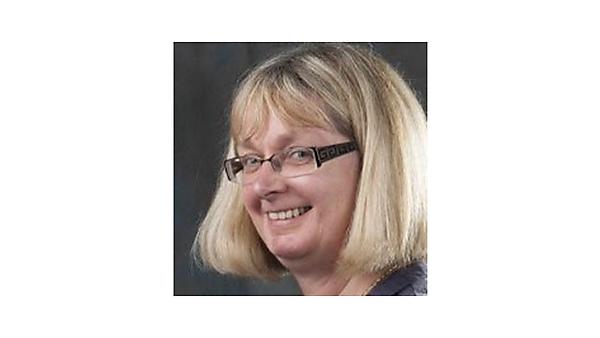 Jane is also a past President of the British Society of Dental & Maxillofacial Radiology (2013-15) and a current Board member of the Faculty of Dental Surgery, Royal College of Surgeons, England, and has been involved with the development of the Commissioning guide for Special care dentistry.

John Makin qualified in Manchester in 1983 and spent almost thirty years in both NHS and private general dental practice. From an early stage in his career he became involved in Vocational (now Foundation) Training and developed an interest in the dento-legal aspects of the profession. He has completed Graduate Diploma in Law and Postgraduate Certificate in Dental Education courses.

John has practised in both the Northwest and Southwest of England and has had various roles within foundation training as a trainer and as the Training Programme Director of F.D Schemes in the North West and South West Deaneries. He was also an assessors/interviewer for the DF1 interviews in 2011. Prior to joining DDU he was a member of the Fitness to Practise panel at the GDC. He is currently head of the DDU. 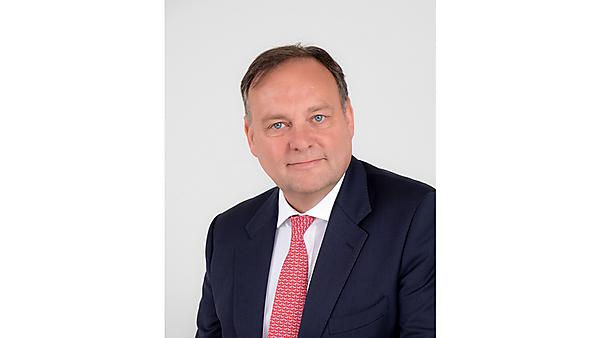 Tim originally qualified from Guys Hospital in 1992, and subsequently worked in a range of general dental practices before returning to London and undertaking Specialist training in Prosthodontics. In 2012 he relocated to Peninsula Dental School in 2012 as an Academic Clinical Fellow, Funded by the National Institute for Health Research to undertake further specialist training and participate in Peninsula’s research programme.

He was subsequently appointed as an Associate Professor/Honorary Consultant in Restorative Dentistry. He is an examiner for a number of examinations for the Royal Colleges of Surgeons in both Edinburgh and London, including LDS, MRD/M Pros and Dip Imp Dent (Ed).

He acts regularly as an Expert Witness in both civil and Regulatory matters. He also provides advice to the local NHS local Area Team on dental practitioner performance issues in Primary care. 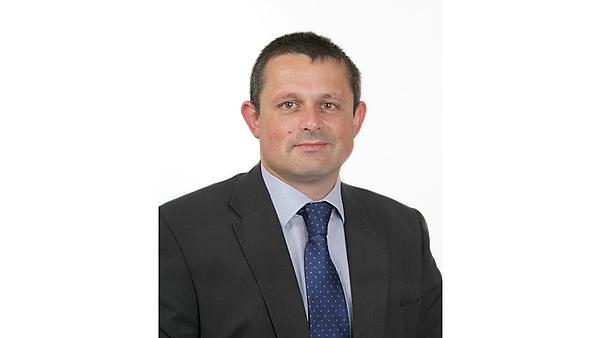 Paul qualified in Bristol in 2000 before embarking on a two year GPT post in Cornwall. He continued to work in the department of Oral and Facial Surgery as a staff grade, and as an associate in general dental practice until 2005. After travelling and working in a paediatric post on the Gold Coast of Australia, Paul returned to the UK and completed his MSc in Implant Dentistry in the departments of prosthodontics and periodontics at the Eastman Dental Institute.

He returned to Cornwall and Waterside Dentalcare in 2008 and became the lead clinician in 2011, which is where he spends most of his time. He has a special interest in Implant Dentistry, Prosthodontics and Periodontology.

Paul has been an associate lecturer at Peninsula Dental School since 2009, is an ITI speaker and the ITI Cornwall study club director. 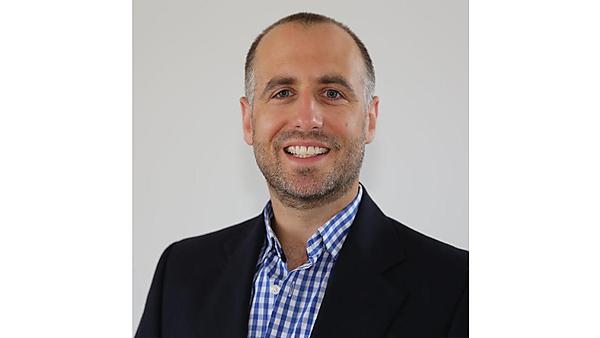 Chris was born and educated in North Devon, he then entered the Royal London Hospital Dental School in 1990. Following his preclinical years he was invited to undertake an intercalated BSc in Physiology with Basic Medical Science, and selected to obtain a Medical Research Council Grant to support this period of study. He completed this BSc in 1993 obtaining a First Class Honours Degree and completed his BDS in 1996 qualifying with Distinction in Restorative Dentistry.

He was always keen to be an academic but wanted to get experience of general dental practice before embarking on this, spending five years working on the NHS initially as Vocational Trainee, Associate Dental Practitioner and then Principal Dental Practitioner. In January 2000 he undertook the Certificate Course in Restorative Dentistry at the UCL Eastman Dental Institute, and then progressed to undertake the MSc in Conservative Dentistry, qualifying in September 2002 with Distinction, and being awarded the 3M prize in Conservative Dentistry for clinical and academic excellence.

He was appointed full-time Clinical Lecturer in Fixed and Removable Prosthodontics at the UCL Eastman Dental Institute in October 2002, Programme Coordinator for the MSc in Conservative Dentistry in 2003 and Programme Director in 2007. He completed his Specialist Training in Restorative Dentistry in December 2007 at The UCLH Eastman Dental Hospital and completed his PhD in 2009 at UCL entitled “Sol-Gel Derived Hydroxyapatite, Fluorhydroxyapatite and Fluorapatite Coatings for Titanium Implants and Bone Grafts”. He was then promoted to Senior Lecturer in Prosthodontics / Honorary Consultant in Restorative Dentistry in 2009. 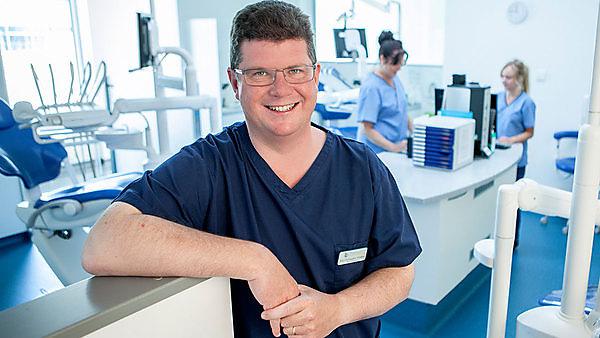 To date he has published 41 papers and supervised 47 masters projects. He is part of an active research group at Plymouth developing novel bone grafting materials and currently has four PhD students.

Chris has a private dental referral practice in Yealmpton, Devon.