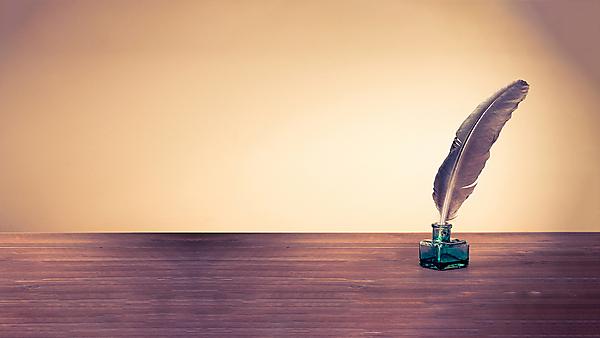 “...malicious knave thou art that canst not spare poor gentlewomen and infants with thy tongue and practices; gentleman thou knowst thyself to be none and tho at this instant I have no better means of revenge then a little ink and paper let thy soul and carkes be assured to hear and tast of these injuries in other sort and terms then from and by the hands of a woman.”

A little ink and paper… you can achieve a great deal with it, as Bridget Willoughby demonstrated in her 16th-Century splenetic outpouring to a Mr Fisher for his apparent crime of causing dissension in her family.

But from that ink and paper, it’s possible to discern even more; hidden layers of meaning and materiality, politics and patronage, gender and agency, history and heritage. Indeed, if you look in the right places, in the quiet archives, record offices and libraries of the land, you might find something that changes how we view history itself.

"My early pioneering research in this area basically helped to create the field,” says James Daybell, Professor of Early Modern British History on the study of early era women’s letter writing. “What was amazing to me was the way in which my first book on this subject was a catalyst for a whole range of people beginning to work in that area. Prior to that, people did not know these letters existed, and the research helped to uncover some of the roles women played in society.”

The publication of that 2006 book – Women Letter-Writers in Tudor England (Oxford University Press) – and the PhD research that initiated it, was the foundational stone of James’ career as a historian. It established both the ‘contours’ of his research interests and his methodology – that of the detective, following their instincts to find and unearth long forgotten troves of letters and manuscripts, before subjecting them to forensic analysis. Through the subsequent writing of more than a dozen books, and valued contributions to countless others, he has earned international renown for his knowledge of Early Modern British and European history; gender and women’s history; and English Renaissance literature.

“Working on women letter writers was a great grounding in a mass of material on women in the 16th and 17th centuries,” says James, who is Associate Dean (Research) for the Faculty of Arts, Humanities and Business. “For me, it led to studies on literacy and education; the family; women’s political involvement, and gender and political culture. It opened up to me a world of manuscripts and manuscript study. In addition to the ‘rhetorical turn’ that influenced my earlier work, I become increasingly interested in the ‘material turn’ that was prompting historians and literary scholars to look at the physicality of manuscripts.”

James’s contribution to this field has been profound

First through Material Readings of Early Modern Culture, 1580-1730 (2010), in which he analysed the physical features of manuscripts and early printed books. Two years later, he published The Material Letter: Manuscript Letters and the Culture and Practices of Letter-Writing in Early Modern England 1585-1635, the first major socio-cultural study of manuscript letters and epistolary practices during the era spanning the reigns of Henry VIII and Charles I. The renowned Renaissance scholar and Rector of Lincoln College, Oxford, Henry Woudhuysen, in his Times Literary Supplement review, described it as “…like the Bible – every household should have one”. 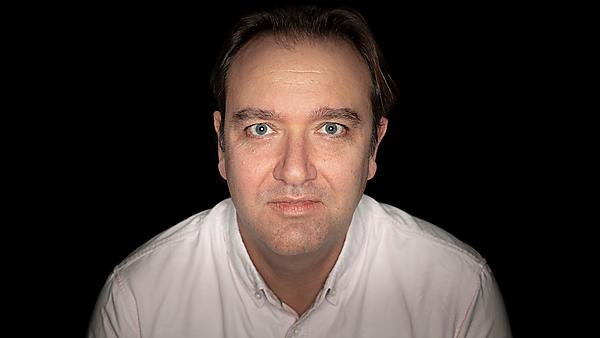 In a different sense, the concept of reaching out to people and households has been reflected in James’ pioneering approach to engaging with audiences. For one, there’s Cornerstone Heritage, the interdisciplinary research centre that he founded with Professor Daniel Maudlin, which works with heritage sites and stately properties to help them (re)discover and (re)define their history and culture, as a vehicle for Impact and Knowledge Exchange.

And then there’s Histories of the Unexpected, the phenomenally successful public history brand that began as a chart-topping podcast series recorded in collaboration with Sam Willis and backed by Dan Snow’s History Hit Network. The format sees James and Sam research an object – from zebras to zombies, paperclips to toilets, oranges to coffins – and then discuss their hidden meaning, significance and context during the 40-minute podcast. In raw numbers, the impact of Histories of the Unexpected is hard to overstate: 208 episodes and counting; 2.5 million downloads in 193 countries; a spin-off book and an additional four book mini-series on the Romans, Vikings, the Tudors and World War II; two national tours of a live show developed in partnership with a well-known playwright; and a special home-schooling history series aimed at teaching history to school pupils during lockdowns in 2020 and 2021.

Not only is it about communicating to a new and diverse audience in different ways, it’s also interesting methodologically for me,” says James. “It brings together document and manuscript analysis, with object biography, and with comparative history. It’s forcing me to think about my research in much wider chronological and methodological frameworks.”

Given this commitment to communication and impact, it’s no surprise that James, a Fellow of the Royal Historical Society, was chosen to sit on the history subject panel for the forthcoming Research Excellence Framework, where he’ll help assess the work of some his peers. With a new book in development, and many more subjects to explore through the podcast, the ink and paper running through James’ history research has not finished giving up its secrets.

“This kind of public outreach has become an important component in everything I do,” he adds. “It’s about bridging the archive and the public face; the detective versus the public communicator. And the two have become integral to each other. When I research something, I look at how I am going to be able to translate that to a non-academic audience.”

Read more: Is the role of the public historian more important than ever?