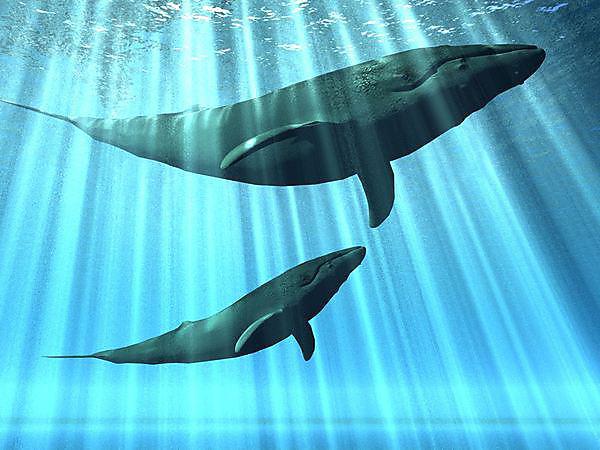 Cancer has left its ‘footprint’ on our evolution, according to a study which examined how the relics of ancient viruses are preserved in the genomes of 38 mammal species.

Viral relics are evidence of the ancient battles our genes have fought against infection. Occasionally the retroviruses that infect an animal get incorporated into that animal’s genome and sometimes these relics get passed down from generation to generation –termed ‘endogenous retroviruses’ (ERVs). Because ERVs may be copied to other parts of the genome they contribute to the risk of cancer-causing mutations.

Now a team from Oxford University, University of Plymouth, and the University of Glasgow has identified 27,711 ERVs preserved in the genomes of 38 mammal species, including humans, over the last 10 million years. The team found that as animals increased in size they ‘edited out’ these potentially cancer-causing relics from their genomes so that mice have three times as many ERVs as humans. The findings offer a clue as to why larger animals have a lower incidence of cancer than expected compared to smaller ones, and could help in the search for new anti-viral therapies.

A report of the research is published in the journal PLOS Pathogens.

“We set out to find as many of these viral relics as we could in everything from shrews and humans to elephants and whales,” said Dr Aris Katzourakis of Oxford University’s Department of Zoology, lead author of the report. “Viral relics are preserved in every cell of an animal: Because larger animals have many more cells they should have more of these endogenous retroviruses (ERVs) – and so be at greater risk of ERV-induced mutations – but we’ve found this isn’t the case. In fact larger animals have far fewer ERVs, so they must have found ways to remove them.”

Dr Robert Belshaw of University of Plymouth's Faculty of Medicine and Dentistry, School of Biomedical and Healthcare Sciences, added: “Cancer is caused by errors occurring in cells as they divide, so bigger animals - with more cells - ought to suffer more from cancer. Put simply, the blue whale should not exist. However, larger animals are not more prone to cancer than smaller ones: this is known as Peto's Paradox (named after Sir Richard Peto, the scientist credited with first spotting this). A team of scientists at Oxford, Plymouth and Glasgow Universities had been studying endogenous retroviruses, viruses like HIV but which have become part of their host's genome and which in other animals can cause cancer. Surprisingly, they found that bigger mammals have fewer of these viruses in their genome. This suggests that similar mechanism might be involved in fighting both cancer and the spread of these viruses, and that these are better in bigger animals (like humans) than smaller ones (like laboratory mice).”

“This is the first time that anyone has shown that having a large number of ERVs in your genome must be harmful – otherwise larger animals wouldn’t have evolved ways of limiting their numbers,” said Dr Katzourakis. “Logically we think this is linked to the increased risk of ERV-based cancer-causing mutations and how mammals have evolved to combat this risk. So when we look at the pattern of ERV distribution across mammals it’s like looking at the ‘footprint’ cancer has left on our evolution.”

ERVs that are immediately harmful to an animal tend not be passed on, what makes them troublesome is that having arrived at one location in a genome the replication process means they can be copied across, ‘jumping’, to somewhere else. ERVs can, for example, ‘jump’ into the middle of gene machinery responsible for suppressing tumours, damaging it and ratcheting up the risk of mutations turning into cancer.

“We know that some cancers, such as t-cell leukaemia, are directly linked to retroviruses but a lot of the time ERVs contribute to the number of things that need to go wrong in cells for cancers to arise,” said Dr Katzourakis. “As animals get bigger so the number of cells increases and there are more opportunities for things to go wrong, so there is an evolutionary pressure for larger animals to reduce the number of ERVs.”

Dr Gkikas Magiorkinis of Oxford University’s Department of Zoology, an author of the report, said: “We know that taller people have higher risk for some cancers, which fits our study about ERVs posing evolutionary pressure through cancer. Yet we still have no evidence that ERVs might have causal links with cancer in humans, even though they clearly cause cancers in other animals such as mice. We need to search in a more systematic way to see if ERVs cause cancer in humans, and our study suggests that viral pathogenic mechanisms in larger animals like humans would be more complex than those observed in smaller animals.”

The research suggests that larger creatures must have more effective anti-viral genes and resources than smaller ones and, if these can be identified, in the future it may be possible to mimic these mechanisms to produce new anti-viral therapies.

The new study is relevant to Peto’s Paradox, an observation made by Sir Richard Peto that the incidence of cancer does not appear to correlate with the number of cells in an organism.

“Our work doesn’t solve Peto’s paradox as a whole but is has solved it in respect of infection,” said Dr Katzourakis.

University of Plymouth Faculty of Medicine and Dentistry