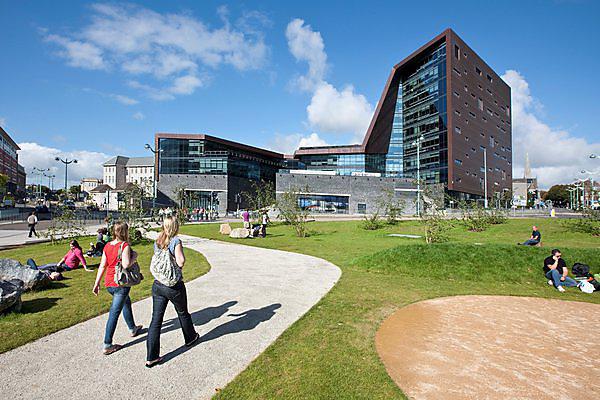 The University of Plymouth contributes nearly £900 million and almost 9,000 jobs to the UK economy on an annual basis, according to a new report.

The institution generates more than £460 million of output for the city of Plymouth, and nearly £600 million for the region, as well as providing £60 million of UK exports. And among a raft of socio-cultural impacts, its staff deliver more than 255,000 hours of voluntary public service worth around £17.6 million.

The figures have been revealed following the publication of the Social, Cultural and Economic Impact Assessment for the University of Plymouth. Undertaken by Viewforth Consulting, the assessment evaluates both the direct economic impact of the expenditure of the University and its students, as well as the broader economic, social and cultural value generated by the institution’s activities.

The report was released at a special event, today (Friday) at which Alistair Jarvis, Chief Executive of Universities UK, delivered a keynote speech on the ‘Civic University’ and its relationship with its local and regional communities.

Across the Heart of the South West LEP area, the University generated £585.2 million through direct activities and the personal expenditure of students and international visitors; 5,882 jobs; and £324.2 million GVA.

For the city of Plymouth, the University created a total of £468 million output, £268 million of GVA, and 4,777 FTE jobs; and it generated nearly £50 million of output and £22.7 million GVA in Cornwall and the Isles of Scilly.

The report highlights a number of other socio-economic and cultural impacts, including:

“This report highlights the fundamental impact that the University has upon the socio-economic and cultural landscape of the UK. But more than that, it confirms that universities like Plymouth, underpin productivity and innovation as well as healthy, sustainable communities.”

Around one hundred delegates attended the event at the University, which reflected upon the recent establishment of the Civic University Commission (CUC) and its major new independent inquiry across the country into the future of the ‘Civic University’ and how it can most successfully serve its place in the 21st century.

“Universities have a broad and lasting positive impact on towns and cities in which they’re based, both socially and for the economy. They are often the largest employers in the area and bring in significant investment from around the world. Universities offer people locally the chance to transform their lives through education and skills. They produce world-leading research that focuses on local, as well as global challenges. Plymouth is a great example of a university that, as well as operating globally, has an important and positive civic role, improving the lives of people living in the city and in the surrounding areas.”

Civic Universities webpage, including executive summary of the Economic and Social Impact Report