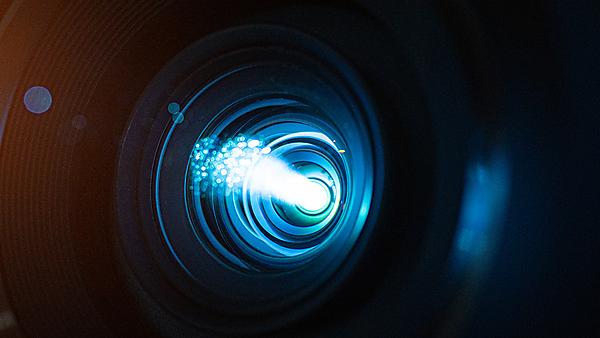 An internationally renowned filmmaker is set to develop a new piece of work devoted to amateur sea divers and the stories they tell after she was selected for The Arts Institute Film Commission 2021.

Tall Tales and Wonder Rooms – from Mohini Chandra – will also explore the hidden histories of Plymouth and the city’s links to the wider world.

Mohini was chosen by the Commission’s selection panel at the University following a public call for submissions that asked artists to respond to a range of themes, including diversity of cultures and languages; oral and visual traditions of sharing knowledge; the relationship between people and the land; and objects as repositories of meaning.

In creating the film, Mohini will continue her work with the Ships Project team at Plymouth Archaeology, with whom she’s been collaborating on her current work, Paradise Lost, which explores the shipwrecks of Devon and Cornwall and examines colonial histories of indenture and slavery.

“’Tall Tales and Wonder Rooms’ will draw upon the oral histories of amateur divers among their personal collections, with first-hand accounts and footage of diving,”

“The Ships Project are already in close dialogue with local divers, and they are a rich source of vernacular collecting histories. For me, these stories and collecting activities represent a particular and very personal relationship between the city and its maritime history, as well as, through the global nature of collected ‘exotic’ artefacts, the wider world.”

The Arts Institute Film Commission – now in its fourth year – tasks the chosen filmmaker with using archive material from The Box to reflect on the experience of living in the South West, challenging them to explore innovative ways of animating the archive and increasing awareness of and accessibility to the film collection. Through it, The Box aims to build a body of work that reflects on Plymouth’s film heritage and looks towards its future.

Describing the work as a “poetic and experimental montage film”, Mohini said Tall Tales and Wonder Rooms will interweave oral histories and collection/location shots with footage from the Film Archive.

“The film will also explore the arrangement of objects within amateur ‘Cabinets of Curiosity’, whether housed in a boat-yard, garden shed or spare-room,”

“These ‘Wonder Rooms’ represent a singular passion for shipwrecks and collecting, reminding us that Plymouth is a vast archaeological site, with many as yet uncollected narratives emerging from a variety of sources, linking our locality irrefutably to the rest of the world.”

Since graduating from the Royal College of Art, Mohini has exhibited widely, including in New York, Sydney, Auckland and London, and her work is held in international collections in the UK and USA, including the UK's Arts Council Collection. She’s previously been awarded funding by the Arts Council, the Arts and Humanities Research Council, the Australia Council, Asialink and Arts NSW among others, and she has worked extensively in India and the Pacific in the past, tracing her ancestors’ journeys as indentured labourers under colonial rule.

“We had a great response from the film-making community for this, our fourth annual Arts Institute Film Commission. And Mohini’s body of work hugely impressed the selection panel, reflecting a passion for oral history and tradition, particularly in relation to the South West and its connection to wider histories. We’re really excited to see how Tall Tales and Wonder Rooms brings to life some of these iconic themes – and for audiences to share in that experience.”

The Arts Institute Film Commission takes place annually in celebration of its partnership with The Box. The film will be premiered in December at the Jill Craigie Cinema. It will coincide with The Arts Institute’s autumn theme of Storytelling, and a major exhibition across The Institute and The Box.

Now in its fourth iteration, this annual film commission invited submissions from both emerging and established filmmakers and visual artists.

To coincide with The Arts Institute’s autumn theme of Storytelling, and a major exhibition across The Arts Institute and The Box in late 2021, the winning filmmaker was awarded £3,500 to explore one or more of the exhibition's themes including diversity of cultures and languages; oral and visual traditions of sharing knowledge; and creation stories.

Find out more about the 2021 commission 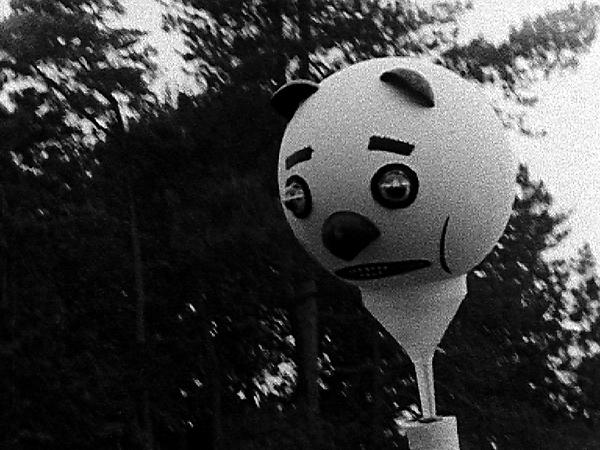 Still from 'Diviner' by Frances Scott, winner of the 2017 Film Commission Prize

The Arts Institute's Jill Craigie Cinema is named after British documentary film director, actor, writer and feminist Jill Craigie (1914-1999). Craigie directed The Way We Live (1946), which was filmed in war-damaged Plymouth and the first documentary film shown at the Cannes Film Festival in 1946.

Located in the Roland Levinsky Building, University of Plymouth, the cinema seats 127 and is equipped with Dolby 5.1 Surround Sound as well as projectors enabling screenings of 35mm, 16mm formats and DVD/Blu-ray formats.

The Arts Institute is a passionate advocate for film, recognising its ability to entertain, explore and inspire, and regularly works in partnership with other independent cinemas and art organisations to promote the diversity of cinema. Past cinema programmes have supported popular cult classics and artist films, opening up the rich history of cinematography alongside the latest in contemporary cinema to a wide range of audiences. 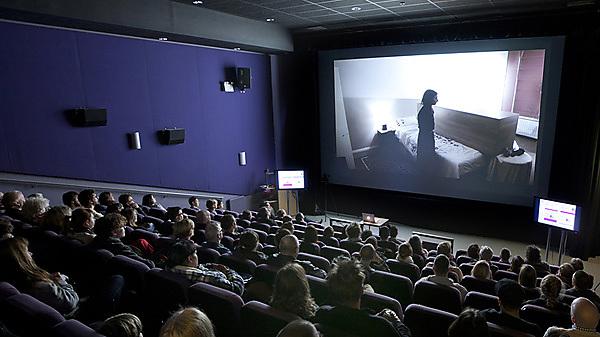