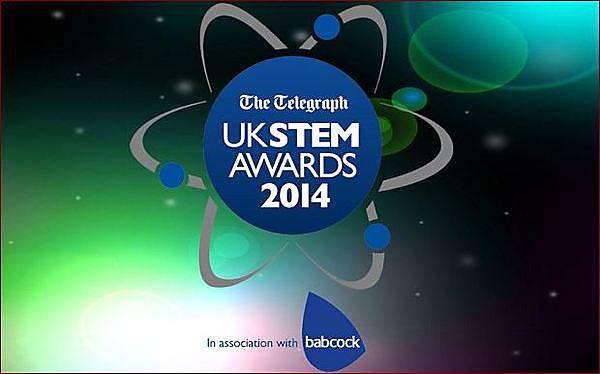 Holly Bishop, 19, a first-year student on the BEd in Primary Science, won The Daily Telegraph and Babcock International-sponsored inaugural UK STEM (Science, Technology, Engineering and Mathematics) Award, with her design for a bracelet that vibrates when medication is due.

Holly, who had earlier won the GSK-sponsored pharmaceutical category, overcame four other grand finalists on the night, whose own ideas ranged from clearing sea mines in a safe manner to reducing the weight of hybrid vehicles.

At the ceremony in the Royal Institute of British Architects in London, Holly received a cheque for £25,000, presented by Countdown celebrity Rachel Riley. She will also receive a bespoke mentoring programme from a senior engineer at Babcock.

The UK STEM Award tasked university students with addressing a challenge set by industry figures across automotive, defence, construction, environment and pharmaceutical sectors. Each was ranked according to innovation, feasibility and benefit to society and the environment.

Holly’s design was for a bracelet that vibrates when medication is due. A built in bar scanner would be used to scan the medicine, resetting the alarm.

Malcolm Skingle, Director of Academic Liaison at GSK, and one of the UK STEM Awards judges, said: “For a science-led company like ours, standing still is not an option. We recognise the crucial role our scientists and engineers play in developing new innovations to take our company forward. This is why we are absolutely committed to inspiring the next generation through our future talent programmes including graduates and apprenticeships. We know the huge difference just one talented individual, like Holly, can make, not only to the UK science base, but potentially on a global scale.“