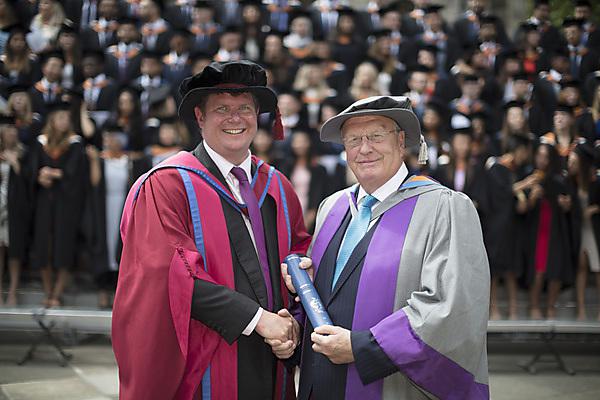 A ‘research giant’ with over 45 years in dentistry has been awarded an Honorary Doctor of Dentistry degree by the University of Plymouth Peninsula Dental School.

Professor Nairn Wilson CBE is a Past President of the British Dental Association – and recently received his award after providing ‘years of invaluable support and advice’ since Peninsula Dental School’s formation in 2006.

An Emeritus Professor of Dentistry at King’s College London, Professor Wilson’s career has seen him develop expertise and international standing in dental education and workforce development, simulation testing of dental biomaterials, evaluation and assessments of restorative systems and operative techniques, and decision-making in Conservative and Operative Dentistry.

His research, often involving national and international collaborations, has attracted more than 80 grants and resulted in more than 280 original papers.

Among his many senior and influential positions, he has been: Editor of the Journal of Dentistry (1973-85); Dean of the Faculty of Dental Surgery of the Royal College of Surgeons of Edinburgh (1995-98); President of the General Dental Council, UK (1999-2003); Chairman for the Council of Heads and Deans of Dental Schools, UK (2006-08); and President of the British Dental Association (2015-2016). He is presently Chairman of the College of General Dentistry.

“The award of Doctor of Dentistry (honoris causa) from the University of Plymouth is a huge honour of which I am immensely proud. I will look forward to providing whatever further support and advice I can to the Peninsula Dental School, which I am delighted to see go from strength to strength under the leadership of Professor Tredwin.”

“When considering on whom we could confer the University of Plymouth’s first Honorary Doctorate in Dentistry, Nairn was a first-class choice. Not only has he had a long, high-profile and influential career, but he has supported us as a school since we began. Having just come out joint top of the National Student Survey for dentistry, we are in no doubt that our students’ positive experience comes from our ongoing work to offer the best learning experience, grounded in research-based methods. Nairn has provided years of invaluable support and advice to help us get to this stage, and we are very grateful for his involvement.”

Dental teaching gets 100% approval from students

100% of dental students were satisfied overall with the quality of their course at the University of Plymouth, according to the 2018 National Student Survey.

Find out more about studying at Peninsula Dental School 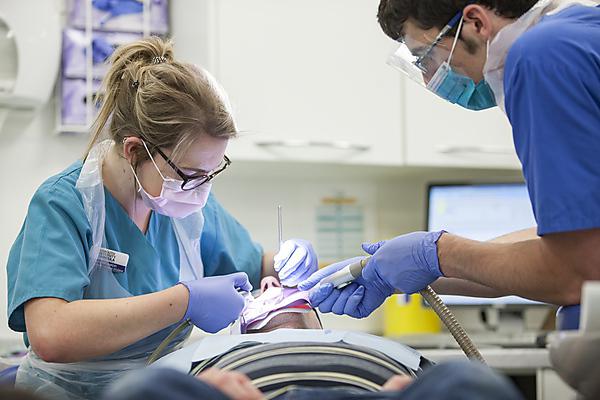