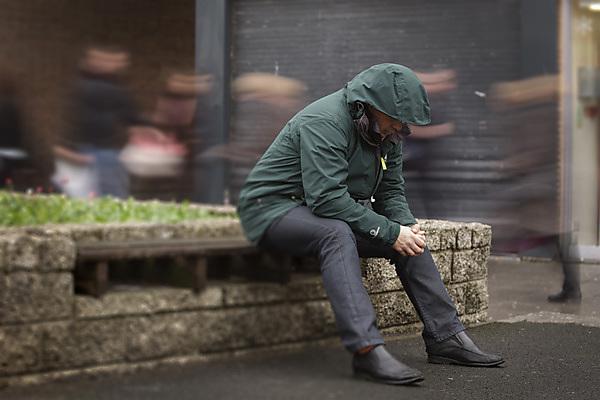 10 August 2015
While the risk of suicide by offenders in prison has been identified as a priority for action, understanding and preventing suicides among offenders after release has received far less attention.
A study led by Plymouth University Peninsula Schools of Medicine and Dentistry with collaboration from Salem State University and the University of Exeter Medical School, addresses this issue for the first time. The study was supported by the National Institute for Health Research Collaboration for Leadership in Applied Health Research and Care South West Peninsula (CLAHRC SWP/PenCLAHRC).
It is published on-line in Sociology of Health and Illness.
The age-adjusted risk of suicide for male offenders leaving prison is eight times the national average, and over a quarter of fatal suicide attempts happen within four weeks of release. Almost a quarter of all deaths under Probation Service supervision are catalogued as suicides, often by violent means.
Those at most risk are so-called ‘revolvers’ or ‘churners’ – frequently in and out of prison. Their lives revolve between chaotic existences in the community and spells in custody. As such, often they are not under the supervision of probation services, neither do they have meaningful contact with primary care or specialist mental health services.
The research team interviewed 35 male offenders from a Category B medium secure prison in the South West of England. Interviews took place one week prior to and approximately six weeks after release. The interviewees were aged between 18 and 52.
Eighteen of the 35 interviewees had attempted suicide at some time. Most had troubled personal lives: 24 had experienced family breakdown or abandonment as children; 26 had tales of physical abuse or neglect; and 15 experienced excessive drug and alcohol use in their family homes. All reported recent personal problems.
The research team found that those who had attempted suicide fell into two groups: those who had tried multiple attempts; and those who were ‘one offs’.
The multiple attempters tended to feel less in control of their situation and used less violent methods. Those who tried ‘one off’ attempts often used violent methods most likely to result in a fatality, with more premeditation than the multiple attempting group.
Comparing those who had attempted suicide and those who had not, the research team found that there was an apparent lack of association between suicide attempts and previous life experience. Many of those who had never attempted suicide experienced similar early trauma and family difficulties as those who had.
By focusing enquiry on understanding why some but not others attempt suicide, and why those who do made single or repeated attempts, the research team were able to identify the potential components which might make an effective support structure.
Under existing Ministry of Justice arrangements, those with sentences of less than one year receive minimal pre-release planning and are not supported by probation officers in the community.
The findings of this study suggest that, in order to have any possibility of addressing the complex needs of offenders at risk and addressing a deterioration in mental health, suicide and a return to harmful behaviour, an effective support structure would need to incorporate not just co-ordinated primary and secondary mental health care, but also input from drug and alcohol teams and help with accommodation, employment and relationship problems.
The structure may also need to include methods of psychological therapy which take into account issues such as substance abuse.
The study suggests that such a structure may be best co-ordinated by the voluntary sector and staffed by practitioners who are willing to show patience and respect – this is a group whose lack of trust in the establishment makes them reluctant to seek help.
The study was led by Professor Richard Byng from Plymouth University Peninsula Schools of Medicine and Dentistry, and a GP with a special interest in primary care mental health. He said:

“Suicide by offenders released from prison is under investigated. Our study reveals that it is not just those multiple attempters at most obvious risk that require attention, but also those more hidden ‘one off’ attempters whose efforts are more violent and more likely to result in fatality. Care for those at risk of suicide will require not only a full assessment of risks and their needs, but also an acute understanding of where an individual is on the pathway to suicide. Our study suggests that there is a group of high risk individuals with no previous attempt at suicide for whom identification and engagement is critical."

Dr Christabel Owens at the University of Exeter Medical School, who collaborated on the study, added:

“These in-depth interviews with offenders provide incredibly rich insight into the lives of this vulnerable group, their struggle to break out of repeated cycles of despair and self-destructive behaviour, and the fragility of their hopes and aspirations. Theirs are powerful and rarely-heard stories.”