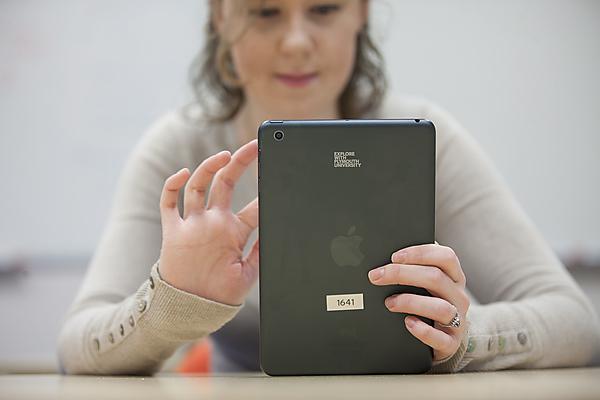 A new self-monitoring app launched to support adults with epilepsy will help to ‘fill the information gap’ left by NHS funding cuts for GP epilepsy monitoring, according to specialist epilepsy charity SUDEP Action.

EpSMon is a self-monitoring app aimed at people who experience seizures. It brings life-saving knowledge to the fingertips of people with epilepsy by allowing them to assess their risk every three months. It prompts them to see their doctor when their risks increase and suggests simple ways they can lower their risks.

It does this by asking the questions that formed part of the axed GP monitoring service, including their last appointment about their epilepsy, information about seizures and their well-being. The app analyses the answers and creates advice ranging from ‘all clear, no further action required’ to ‘make an appointment with your doctor now.’ The app analysis can be shown to a GP to help them decide the best treatment regime for their patient going forward and helps facilitate meaningful person centred communication of key risk issues.

In essence whilst a person with hypertension might use a domestic blood pressure device, someone with epilepsy can use the EpsMon App to check they have a planned review of their epilepsy in the future or go earlier if they are reporting a worsening of risk factors.

Simon Lees, who has epilepsy commented:

'EpSMon is just what I need to monitor my risk in between visits to doctors. It helps me take actions at all times as it measures my own particular risks of epilepsy. It can act as a safety net, being an excellent reminder of the importance of taking medication correctly and seeing my GP on a regular basis.'

There are around 600,000 people with epilepsy in the UK. About 87 people are diagnosed with the condition every day. Epilepsy carries a risk of death of about two to three times higher than the general population. In the UK it is the fifth highest contributor to premature death in men, and eighth in women, and it is most common in young adults. Deaths include Sudden Unexpected Death in Epilepsy (SUDEP); prolonged seizures, accidents and suicide. Epilepsy claims around 1,200 lives in the UK every year, at least 600 of these through SUDEP. Research shows that about 42 per cent of these deaths may be preventable through better management of known risk factors.

EpSMon is based on evidence from the SUDEP and Seizure Safety Check List, a facility that enables clinicians to monitor changes in risk factors in their patients. It was developed by researchers, GPs, people with epilepsy and the Coroner in Cornwall. The study was funded by Kt’s Fund, a charity set up in memory of Katie Hallet, a young nurse who died suddenly aged 20 from epilepsy.

Liz Hollingdale, from Kt’s Fund, who lost her daughter Katie to SUDEP said:

'The conversation about risk between doctor and patients with epilepsy needs to be accepted as routine just as it is with other chronic conditions. I wish that the new safety app had been available to Katie; this would have allowed Katie to record important information on her mobile which could have been stored and then used to see if there were any triggers leading up to her seizures.'

The SUDEP and Seizure Check List is a tool used in a ten-minute consultation that provides clinicians with the latest evidence on risk factors for premature mortality in epilepsy. The Check List was used to analyse nine years’ of deaths reported to the Coroner in Cornwall and found that 90 per cent of people had a worsening of risk factors in the three to six months before their deaths, but that few had contact with their medical team. The Check List was introduced into routine practice in Cornwall in 2013 and has received positive feedback from 200 people with epilepsy. It is being used in routine clinical practice in epilepsy services in Cornwall including neurology clinics and community based telehealth. EpSMon will provide useful information for GPs which can be used in conjunction with the Check List to manage and fine tune care for those with epilepsy.

'Doctors and patients alike have welcomed these communication tools. Clinicians in the South-West found that using the Check List raised discussions from 10 per cent to 80 per cent of all people within epilepsy services over two years. This compares with a recent audit from a Scottish epilepsy clinic which found that communication about risk increased from 4 per cent to 34 per cent. The app and Check List are easy to use and although it is early days we are not seeing the numbers of deaths that we would have expected in this local population?”

'NHS services help to reduce many of the risks associated with epilepsy such as convulsive seizures, not taking medications and depression, but people can only access these services if risks are known and monitored. EpSMon is an app that people can have on them at all times which will help them to self-manage their condition, provide vital information for their doctor and go towards mitigating the risks.'

'Only recently there was media coverage regarding a plea to the Prime Minister from women with epilepsy to address the confusion around the risks to pregnant mothers from an epilepsy drug. The app will ask women of childbearing age if they have had pre-conception counselling and flag up whether they need to see their GP if not. Women need a balanced view of the risks from medications to their unborn child and risks of seizures to them and they need it well in advance of getting pregnant - this is what EpSMon helps women to get.'

The NICE clinical guidelines encourage people with epilepsy to manage their condition through information and discussion. There is a call for patients to be full partners in their care including advice on SUDEP, the importance of seizure control and being aware of the dangers of night time seizures – EpSMon will help to achieve this. The data collected through use of EpSMon will be used for future research to achieve a better understanding of epilepsy and to fine tune care available.