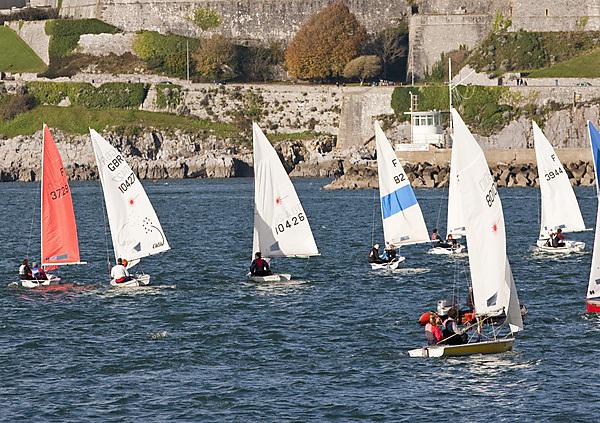 Plymouth University Sporting Scholar Lorenzo Chiavarini will be hoping to retain his national title in November when the annual BUCS Fleet Sailing Championship returns to the city’s shores.

Lorenzo is one of over 100 entrants set to compete in one of sailing most hotly-contested competitions, all of whom are aspiring to be crowned the best sailor in the city of Sir Francis Drake, Sir Robin Knox-Johnston and many other legendary seafarers.

The two-day competition takes in the area around Plymouth Sound, Drake’s Island and the Waterfront. Emily Hamilton-Peach, Plymouth University Students’ Union Vice President Societies and Sport, said that the championships will again be a chance for the University and the city to showcase its ‘Ocean City’ status.

“This event reinforces our connections with the sea and we are proud to play host to it for the sixth year running,” Emily said. “With some strong contenders in the line-up, including Lorenzo who recently won the title Podium Potential Sailor of the Year following his victories at the Laser u21 World and European Championships and coming 11th in the Senior World Championships in Santander, it’s set to be an interesting competition.”

Hosted by the Mount Batten Sailing Centre, the event is run in partnership with Plymouth University and its Marine Institute and includes a series of races from Laser to Firefly, and Slow and Fast Handicaps.

The competition starts at 11am on 1 and 2 November finishing at 3pm each day, with an awards ceremony at 5pm on Sunday 2 November.

“As well as attracting some high quality racing in some of the best sailing waters, we hope Plymouthians and visitors alike will join us for a fun weekend.”

Spectators are welcome to watch the action from up on the Hoe or from the Mount Batten Breakwater.