Naval and military historian and ResM History student Lee-Jane Giles spends much of her time buried in the Admiralty papers at The National Archive at Kew, London. She is currently carrying out a study on masculine values and marines’ behaviour ashore in the period 1783-1793, and completed a prize-winning undergraduate dissertation on the marine mutiny at Plymouth in 1797.

Taking place at the same time as the more famous mutinies at Spithead, the Nore and among the North Sea squadron at Yarmouth, the mutiny of the Plymouth Channel squadron eventually led to the execution of 13 sailors, and rioting in the streets of the city.

In an article first published in the magazine of the Navy Records Society, Lee-Jane tells the story of the start of the mutiny through letters from captains of ships at anchor in the Sound to Sir John Orde, Commander of the Plymouth squadron, who forwarded them to the Admiralty. She writes:

The year 1797 has become synonymous with growing unrest within the Royal Navy, culminating in several mutinies. The unrest at Spithead began as a dispute about pay, but when the Admiralty miscalculated the strength of feeling among the men, it became a protest against their harsh living and working conditions. Sailors everywhere complained of poor food and excessive use of corporal punishment, particularly flogging, and had seen no significant rise in wages since 1653, despite increases in the cost of living.

The blockade of the Thames by the sailors at the Nore paralysed trade, and with the country at war with revolutionary France, the mutinous ships jeopardised the nation’s security, attracted the attention of the national press and intrigued the public. Such a divisive form of collective protest would eventually spread to the Mediterranean Sea and Atlantic and Indian Oceans, and terrify the Admiralty.

The unrest at Plymouth lasted from April until June and drew in over twenty ships and their crews anchored in Plymouth Sound and Cawsand Bay.

The letters highlight the discipline, unity and commitment of the sailors in different squadrons of the Channel Fleet, and demonstrate that the unrest at Spithead was not an isolated act, but a rallying cry to all the sailors in the Royal Navy, to take matters into their own hands to improve their lot.

The mutiny at Plymouth started on 26 April, after the arrival of the Porcupine carrying news from Spithead - specifically the Admiralty’s delay in agreeing to the demands of delegates there. The letters show the Atlas was the first of the Plymouth ships to get wind of this delay, and the crew wasted no time in drawing up a collective response in the form of their own demands, or articles.

By means of three cheers from the sailors, answered by those in other vessels, the first mutineers were able to see which ships would be willing to join them, thereby risking their lives in open rebellion against the Admiralty.

A letter by J MacDougall, Captain of HMS Edgar at anchor in Cawsand Bay, is likely to have been the first official news of the trouble. In a few measured words, he describes what must have been an incredibly dramatic scene, and a naval captain’s worst nightmare.

"A boat from His Majesty’s Ship the Atlas came on board this ship from the Sound this morning with a person having the appearance of a petty officer, he immediately ran down betwixt Decks, and in a few minutes the whole ship’s company came after and requested that he might be allowed to read a paper (a copy of which I enclose). On my endeavouring to appease them a number of men run on the poop and took possession of the Armed Chests, while others were placed as Centinels over the Magazines; I found it in vain to resist the torrent, and dreading the evil consequences which might not only result to this ship, but the service in general I judged it prudent to yield." 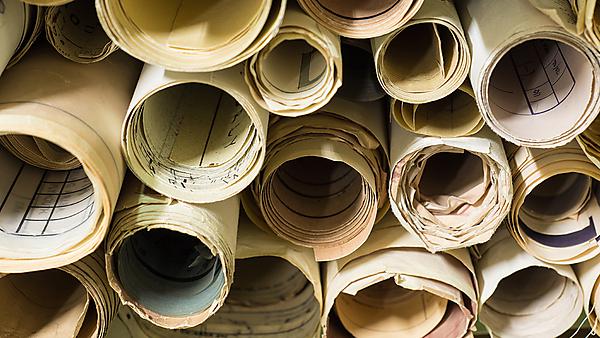 The ‘paper’ contained the articles as set out by the crew of HMS Atlas. These show the men of the Plymouth squadron were waiting eagerly for news of events at Spithead, and were prepared to sail up the Channel in solidarity. They also demonstrate the disciplined and well-organised nature of the mutiny. 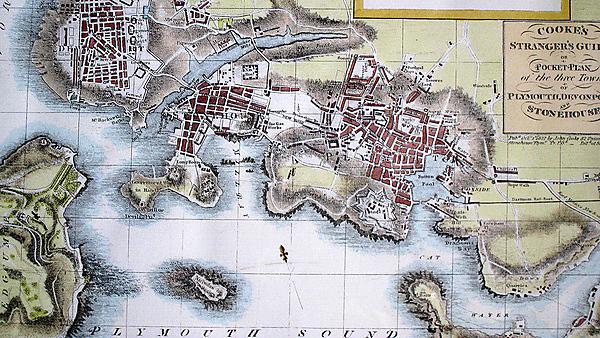 Extracts from the articles of the Plymouth mutineers:

"That every person onboard pay due respect to his Officers as before, and discharge the Duty of the Ship as formerly in every respect except in going to Sea before going to Spithead, unless proofs appear of the Enemy’s Fleet being at Sea.

"That no Liquor be admitted on board and any Person or Persons being intoxicated and behaving in a contemptible Manner shall be liable to such punishment as the Ship’s Company shall find meet."

The second letter highlights events as they occurred on the Atlas later that evening, and was written by the ship’s captain, M Squire. Captain Squire’s letter shows the mutineers maintained discipline and would continue to obey orders – except one to put to sea. However, there is an explicit threat from those already engaged in the mutiny to their peers, that they should join in now, or face the consequences later.

"On getting on Board I found by the Lieutenant’s report that the Ship’s Company had Cheer’d the other Ships which was return’d by them; I herewith send you the Articles they have agreed to – I have harangued the Ship’s Company since I have been on board and find they have had letters from Portsmouth and from the Edgar, Informing them that if they do not act as the Ships have done at Portsmouth they will treat them very Ill when they join.

"They have promised me that they will be Obedient and respectful to every Officer on Board the Ship and execute the Order of every Officer with alertness." 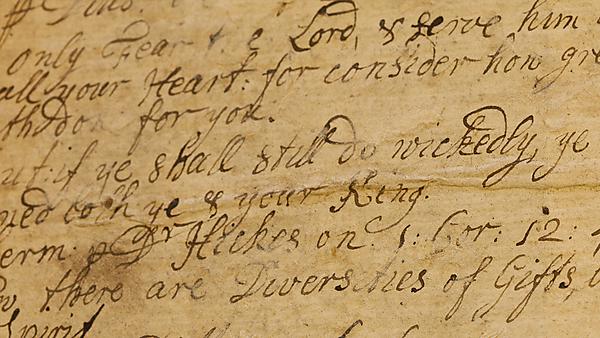 These letters from the captains were forwarded to the Admiralty on 26 April by Sir John Orde. In his covering letter, he reveals those in command at Plymouth were aware there was unrest before the mutiny occurred, but were convinced the men were unlikely to cause any disruption, being of ‘good disposition’.

Unfortunately for Orde he was wrong, and he blamed the change on threats made to the men by mutineers at Spithead, rather, it would seem, than face the unhappy truth that the men were joint conspirators in the mutiny, and shared the grievances against the Admiralty and the Government with the mutineers at Portsmouth. 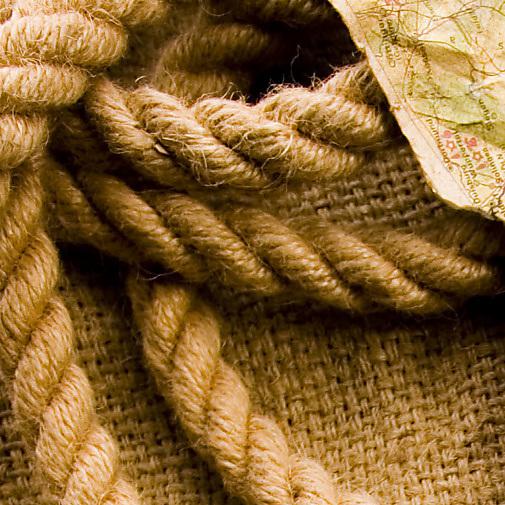 Excerpt from letter by Sir John Orde to the Admiralty:

"I had hoped that all the seamen of all the ships here would have remained in perfect obedience, notwithstanding the arts I feared were practised to seduce them; but it seems the latter joined to the threats and persuasions of the crews of H M Ships at Portsmouth (which the Lieut of the Edgar sent to me by Capt. McDoug says that Ships company acknowledge they have received and been influenced by) have prevailed, and led them to adopt a conduct, which leaves nothing in my power to do, until I receive the Lordships commands, but by desperate means to endeavour to keep these deluded men within bounds if I should fail in recalling them to their duty, which I think an official recount of all being settled at Portsmouth would much contribute to effect."