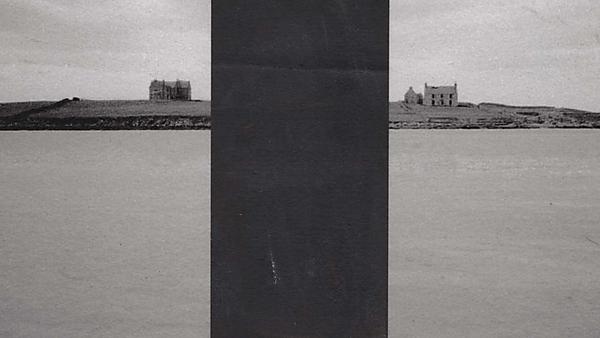 Dr Arun Sood is a Lecturer in English with research expertise in memory studies, global literatures, and postcolonialism. 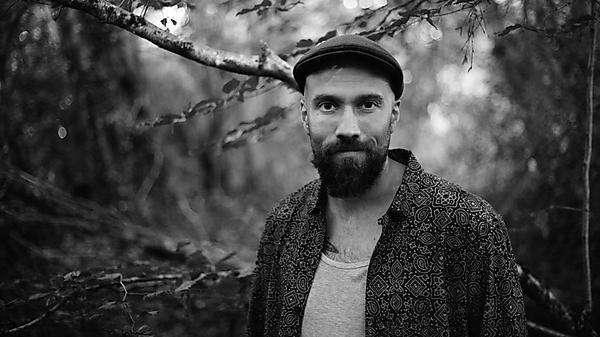 
Searching Erskine explores how art connects us to ancestry and place through a complementary series of works that respond to the uninhabited tidal island of Vallay, which lies approximately two miles off the northwest coast of North Uist. On foot, it can only be accessed at low tide across vast tidal sands.

“Over the past few years I’ve been continually drawn back to the island and its rich and layered histories.”

Since 2011 Arun has responded to Vallay through poetry, essays, and taken many photographs. But it was on a solitary camping trip in 2019 that he began to make sound recordings of the environment around him. This has led to a 12-track album that blurs the boundaries between ambient, modern-folk and contemporary classical, released with an accompanying book that responds to the uninhabited island. The album is comprised of field recordings from the island which are set against newly composed musical responses and spoken word, as recently featured on BBC Radio 3’s ‘Nighttracks’. 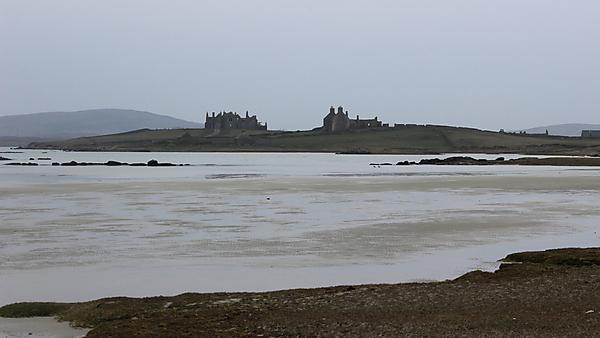 “My urge to seek out the ghosts of Vallay is bound up, I think, with the politics of remembering the past, and how memory is inscribed upon space and place.” 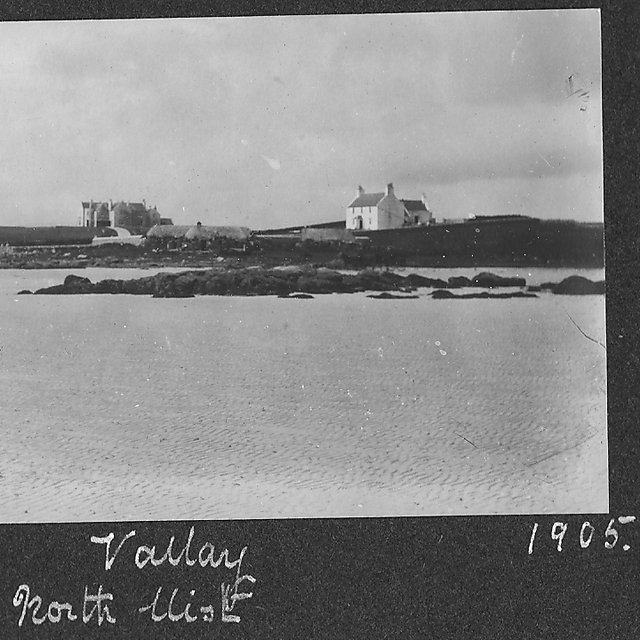 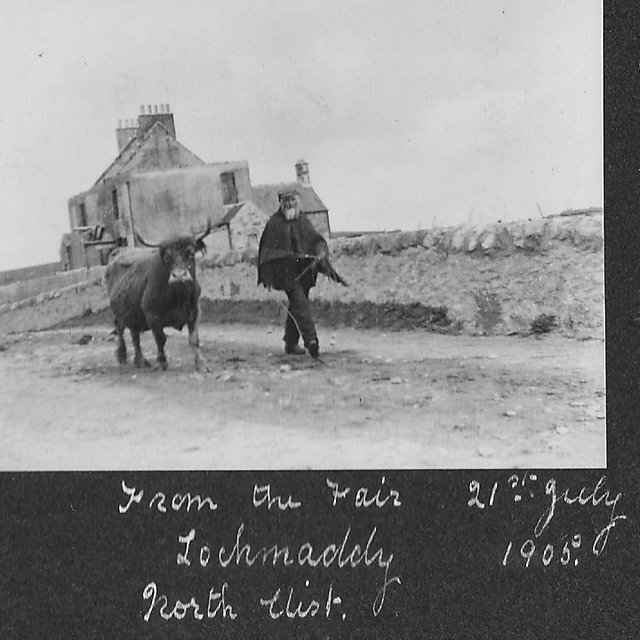 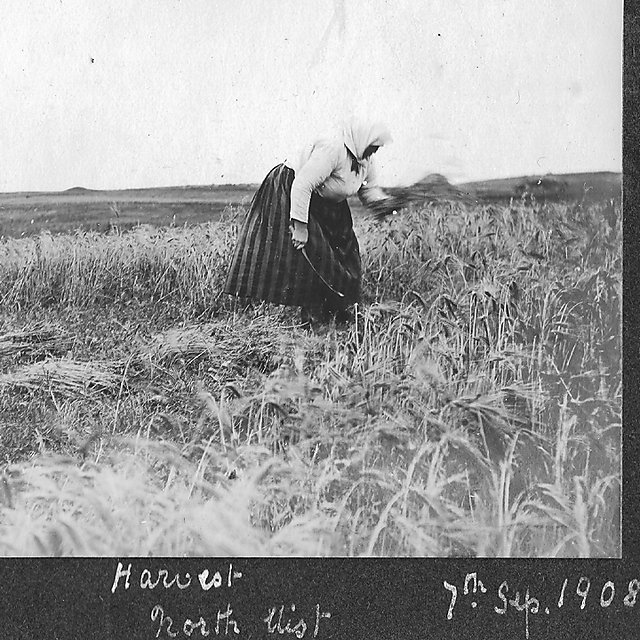 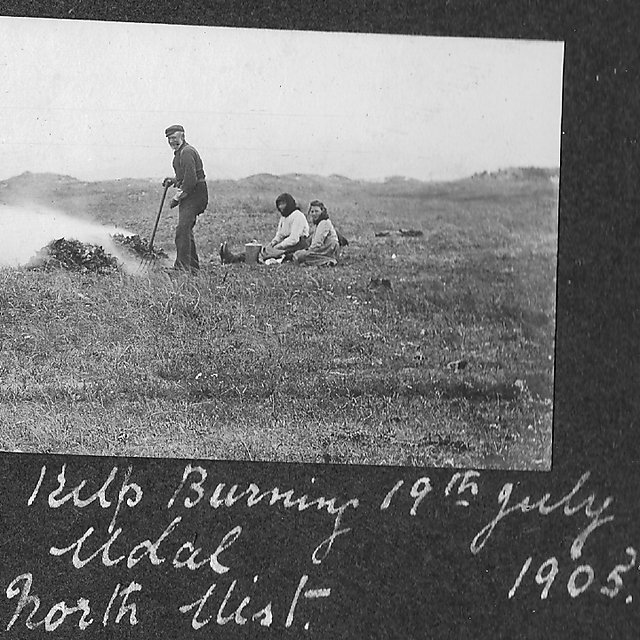 Erskine Beveridge and the 'Big House'

In 1905, antiquarian, industrialist, and pioneering archaeologist Erskine Beveridge built a Georgian mansion on Vallay in order to excavate prehistoric duns and finish his book North Uist: Its Archaeology and Topography (1911).

The mansion, known as Taigh Mor (‘Big House’) was lavish in its Edwardian heyday. Fireplaces graced every room, fresh water was piped in from the mainland, and exactly 365 panes of glass were used to populate the ornate window frames.

However, the mansion gradually fell into disrepair after Erskine’s son and only heir, George Beveridge, drowned in 1944 while attempting to cross over to Vallay at high tide, leading to its abandonment. George’s death also resulted in a lack of work on the island for the small population of crofters and housekeepers, who were forced to depart after the tragic accident.

Arun’s grandmother (gaga), Katie MacNaughton, was a housekeeper in the mansion and one of the last islanders to leave. The song tapestries Arrun has created locates his family story in a palimpsest of cultural, natural, and historical layers that comprise the now uninhabited island. 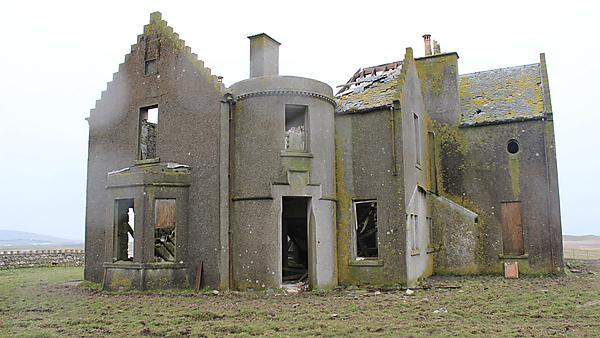 “I still recall childhood memories of her telling me about polishing all those windows, making mischief by hiding Beveridge’s spectacles, and hiking her dress up to wade back to Vallay after a cèilidh on North Uist ran dangerously close to high tide.” 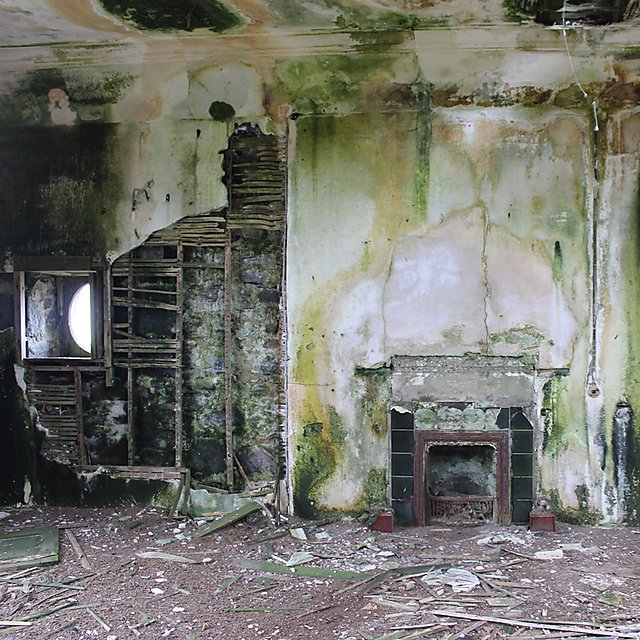 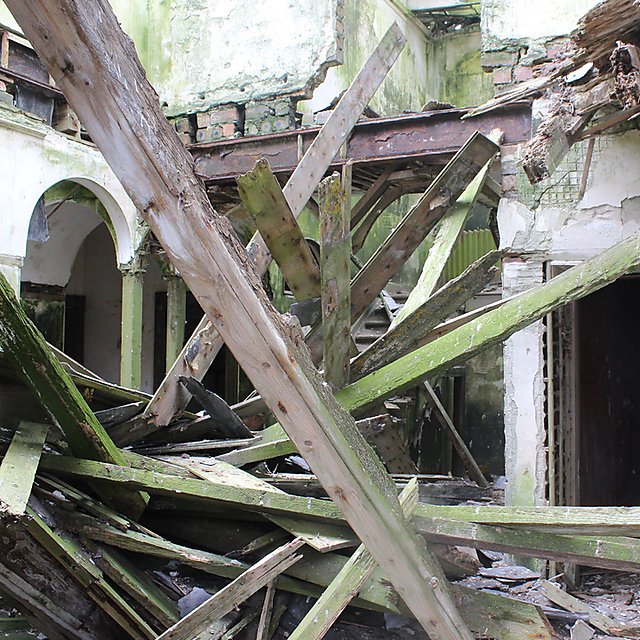 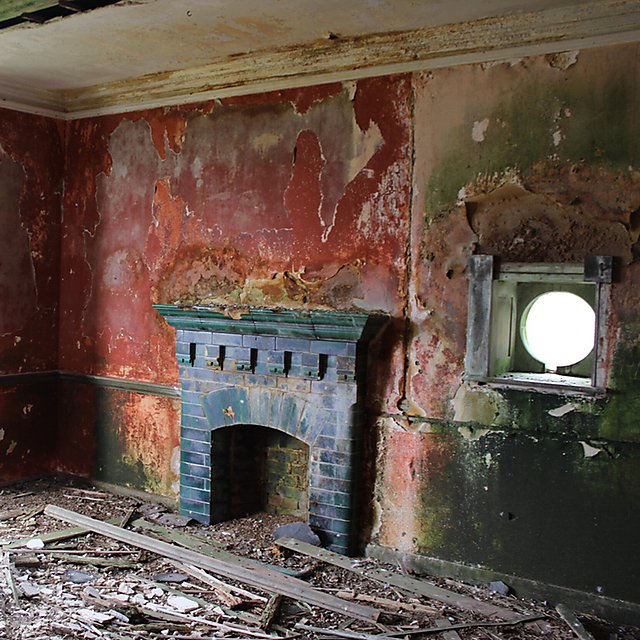 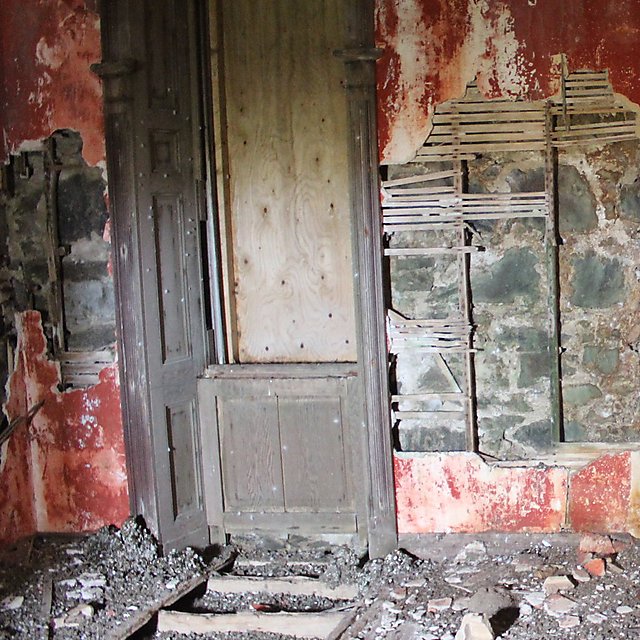 “On my way to Vallay to do some field recordings in 2019, I stopped at my cousin Myra’s croft on Harris. Myra’s father, Lachlan, had also lived on Vallay, so we spent the afternoon chatting between drams and biscuits and cheese. Lots of recollections, songs, myths and memories. Myra sang Gaelic songs, her husband Scott had a tune on the small pipes before playing tapes on a cassette player that doubled as a dictaphone.

“I recorded most of the afternoon, but when I came to listen back was haunted by the ghostly fragment of the song An t-Eilean mu Thuath (“Isle of the North”) I had inadvertently captured. I looped the fragment, and wrote the morose piano riff quickly after.

“The spoken word at the end is taken from a passage of Erskine Beveridge’s book North Uist, but my favourite part of the track is Scott’s background murmurs about his old dictaphone. 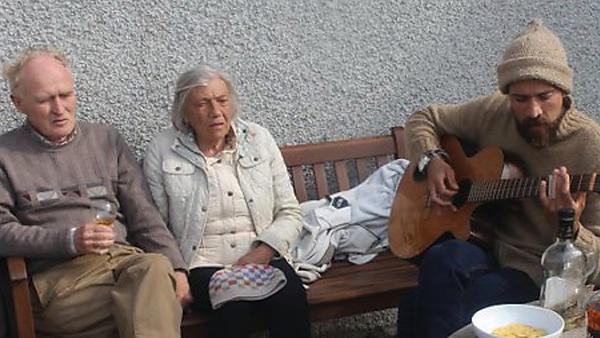 “The looping of ancestral songs and whispers throughout feels tidal to me —seeping in and out like an evolving memory which is always subject to change.”

Listen to 'The Old Dictaphone'

The exhibition launches to coincide with the release of Arun's album and book by Blackford Hill in association with Random Spectacular; with visual artworks on display by Meg Rodger, Emile Kees, and Rosalind Blake.
Like Beveridge’s excavations, these works attempt to collapse temporalities by bringing the past into dialogue with the present in transformative ways. Spanning sound, geological printmaking, archival collage, and cosmological drawings, they explore the interface between ancestry, archive, art, archaeology and place.
Searching Erskine – the album – will initially be released as a 64-page book with digital download. The label will be producing a special edition that includes a short run of lathe-cut 7” vinyl singles. Later in 2022, the album will be released on 12” vinyl.
Certain preview tracks from the album have already been generating interest and have featured on the airwaves, including a play of 'Katie'. Named after Arun's gaga, this track has its origins in her stories, and was formed from and inspired by the sounds from the place she once was and is. 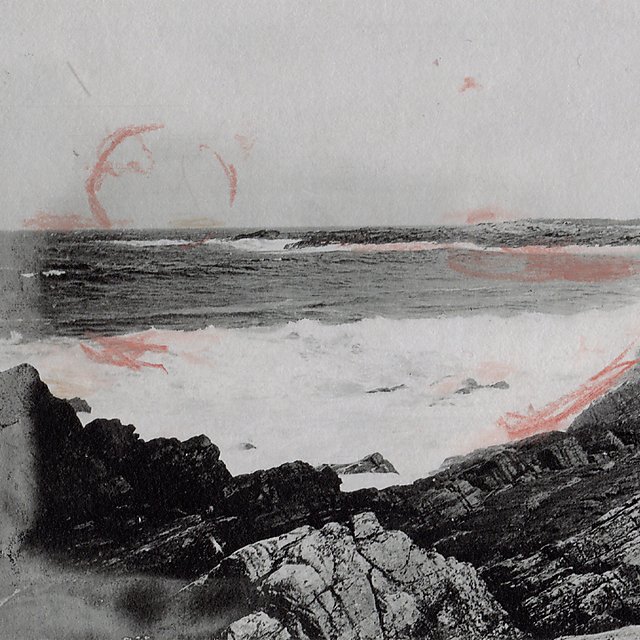 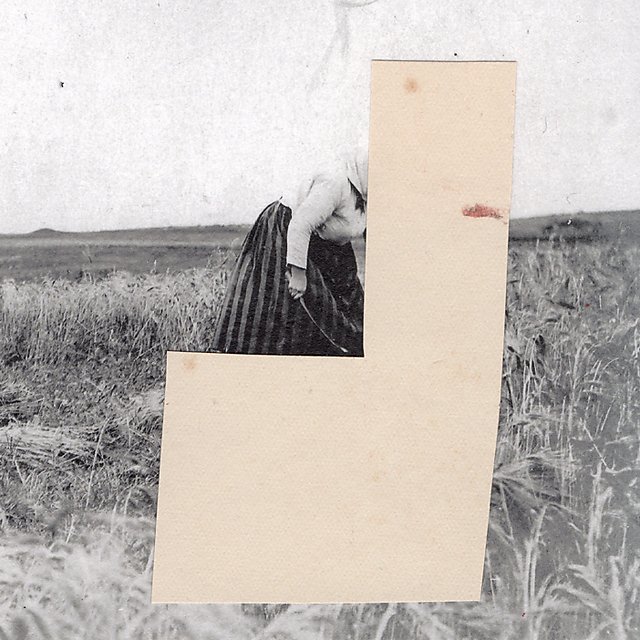 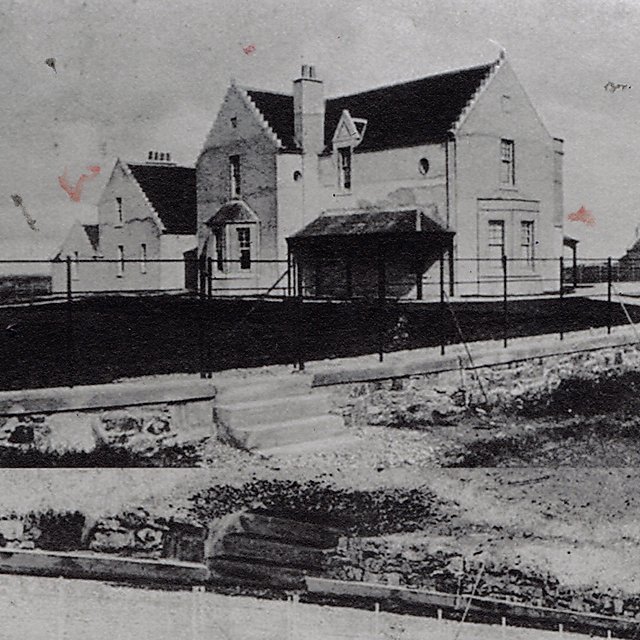 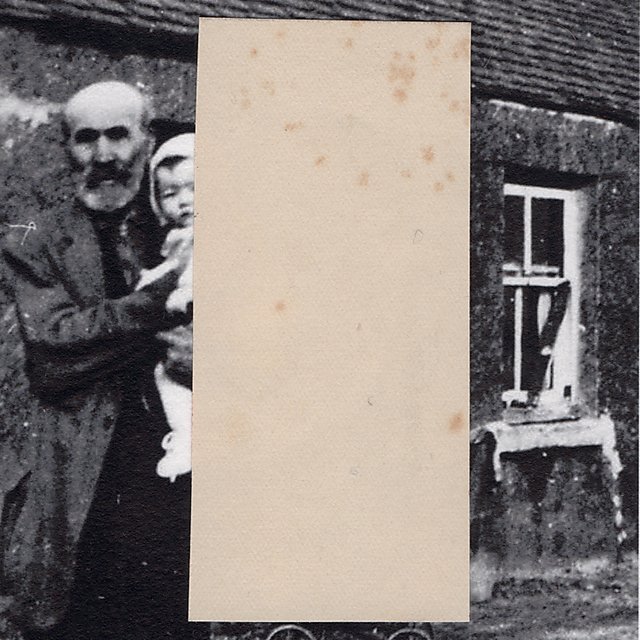 The accompanying book features visual artwork from artists Emile Kees, Rosalind Blake and Meg Rodger. These sit alongside Arun’s introductory essay, poems and extensive notes exploring the making of the album, which features contributions from musicians including Rachel Sermanni (guitar and vocals), Alastair Smith (synths, organs, tape loops and sonifications) and Alice Allen (cello).
An exhibition of the artworks featured in the book and a new sound installation and film by Arun will run at the Taigh Chearsabhagh Arts Centre in Lochmaddy, North Uist, from 5 March until May 2022. The opening of Searching Erskine will see a performance of spoken word, soundscapes and music from Arun and collaborators.
For more information please visit the Taigh Chearsabhagh website. 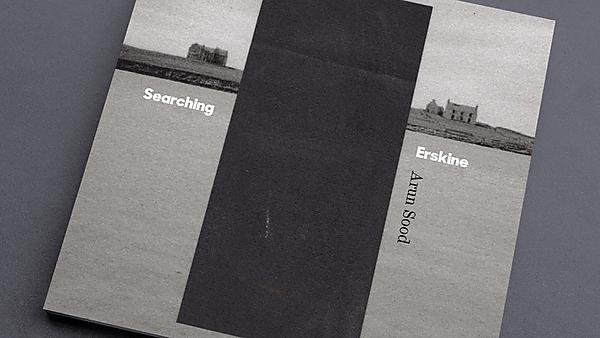