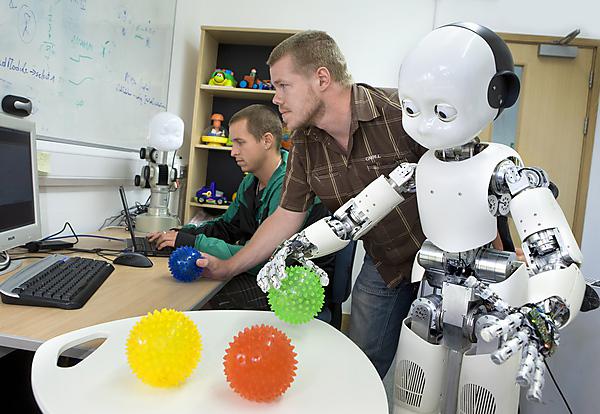 The University of Plymouth has been recognised for the world-leading quality of its research with a 25% increase in the amount of funding it receives from the government.

The University is set to receive almost £8 million in quality-related funding for 2015–16 after figures were released by the Higher Education Funding Council for England (HEFCE). It represents the fourth-biggest jump in the country of any university receiving in excess of £5 million, and puts it in the top-40 for research income.

It is the first set of funding allocations to take account of the 2014 Research Excellence Framework (REF), which was published in December. It is also the first to be based on HEFCE’s revised formula which gives greater weighting to four-star, world-leading research compared to that graded as three-star, internationally-excellent.

The 25% increase for Plymouth follows a strong REF performance in which nearly two-thirds of its submitted research was graded at four and three-stars. It had world-leading research in all 18 categories that it submitted to and was ranked number one in the country for Research Outputs in Clinical Medicine.

“This increase in our funding grant is recognition of the University of Plymouth's standing in the research community and the way we’ve developed truly world-leading areas of expertise right across the academic spectrum. It takes time and commitment to build a research culture, and such funding enables us to invest in and develop our expertise in the longer term. And with our commitment to conducting applied research, the impact and benefits of this work is felt across communities and sectors of society.”

The biggest funding component within the University’s overall research grant comes in Earth Systems and Environmental Science, which includes the broad range of work conducted in marine and maritime. But there are also significant increases across the board – in arts, business, and especially medicine, health and psychology.

Plymouth’s success also comes against a similar backdrop for institutions in the University Alliance – Plymouth’s mission group – and for universities in the region as well.

"As one of the leading new breed of universities our research strength translates directly into the student experience,”

“We are very proud of the way we enrich our curriculum with research-informed teaching and research opportunities which is one of the reasons why Plymouth graduates are so sought after."

About research at the University of Plymouth

News article on the REF performance