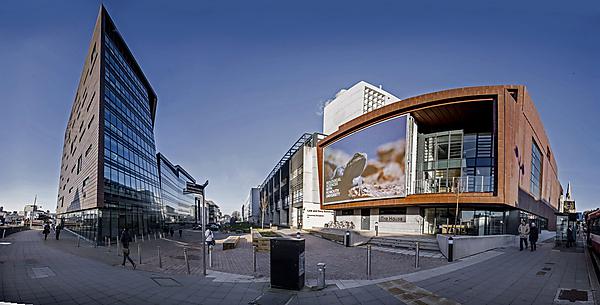 Plymouth University is now ranked inside the top 40 global modern universities according to the most comprehensive league table of its kind, released today.

In the Times Higher Education ‘100 Under 50’, Plymouth is placed at 37 – up five places from 2014 – and fourth in terms of UK institutions under the age of 50. The publication’s Editor-at-Large, Phil Baty, described it as a “remarkable achievement”.

The news was revealed at the second Young Universities Summit in Dublin, at which Plymouth’s Interim Vice-Chancellor Professor David Coslett delivered the founder keynote address, and helped lead a debate on the economic and social impact of universities as part of a panel of international higher education experts.

Reflecting on a fourth successive rise for Plymouth in the league table, Professor Coslett said:

“It’s a great achievement to be ranked among the top 40 global universities under the age of 50, and it demonstrates the sustained progress we’re making, guided by our mission of transforming lives through education and research. Plymouth University has a very distinctive and modern mindset, one that reflects a willingness to challenge expectations of what a higher education institution can do for its region and its communities.”

The 100 Under 50 rankings are some of the most comprehensive in the sector as they include research activities as well as teaching and student support across 13 different metrics.

“This prestigious ranking of dynamic young universities uses the same balanced blend of 13 rigorous performance indicators used to judge world class research universities in the overall THE World University Rankings. So the institutions in the top 100 list are being judged against tough and trusted international standards.

“The list demonstrates that some forward-looking institutions, like Plymouth, have managed to make a global impact in some key areas of teaching, research and knowledge transfer in competition against established, traditional institutions which have often had many centuries to accumulate wealth and reputation. For Plymouth to make the global top 40 in this list – less than 25 years after gaining university status -- is a remarkable achievement.”

For Plymouth to make the global top 40 in this list – less than 25 years after gaining university status is a remarkable achievement.”