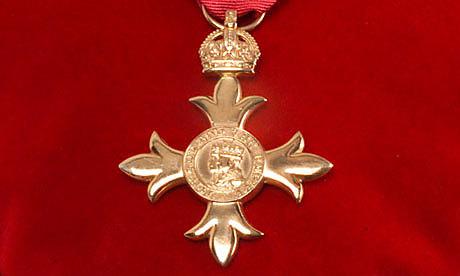 Dr Anne Roberts, Associate Professor and Senior Lecturer in Occupational Therapy was named in the 2014 Queen’s New Year’s Honours List for her services to the occupational therapy profession.

The prestigious event was held in May and Dr Roberts said: “It was a huge honour to be recognised with the great and good from all sorts of backgrounds. I had a marvellous day. It was quite fitting that Princess Anne awarded my OBE as she is Patron of the College of Occupational Therapists and visited St Loye’s School of Occupational Therapy in Exeter and cut the turf for the new building back in the 80’s, which she said she could remember!”

In a career that spans four decades, Dr Roberts has developed and led the world’s first distance occupational therapy masters programme, and championed the importance of research skills in undergraduates, postgraduates and colleagues.

Professor Patricia Livesy, Dean of the Faculty of Health and Human Sciences said: “Research is a fundamental component in advances in healthcare across the world and this is testament to Anne’s contributions to the University and further afield.”

The original stainless steel spade used by HRH Princess Anne in the 80’s is a constant reminder for Dr Roberts taking pride of place in her Plymouth office.