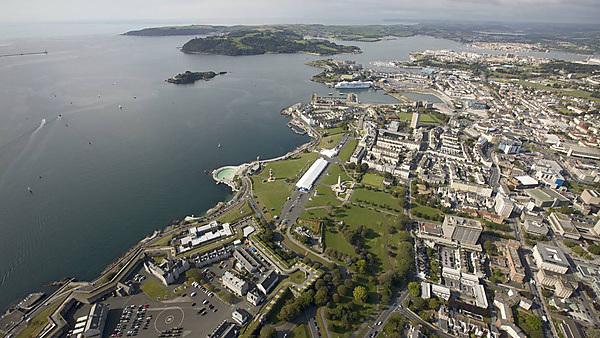 The Heritage Lottery Fund (HLF) funding amounts to more than half of the cash needed to create a £21million ‘History Centre’ that will breathe life into the city’s world-famous figures and most precious historic collections.
The History Centre, which will not be the attraction’s eventual name, will unite five separate heritage collections into one single location including treasures from the Plymouth City Museum and Art Gallery, Plymouth and West Devon Record Office, South West Film and Television Archive, South West Image Bank and the Local Studies and Reference Collection from the Central Library. Plymouth University is also an official partner through the engagement of Peninsula Arts and its world leading research and teaching in history and related disciplines.

“It is a real pleasure to play a part in bringing such an ambitious and exciting project to fruition for our city. For too long Plymouth’s place in history, and history’s place in Plymouth, has been assumed rather than explored, accepted rather than celebrated. The History Centre will change all of that and provide countless opportunities for people to understand not only more but also differently about their world.”

“Plymouth's heritage is of national importance. These exciting and visionary proposals are the first step towards developing a new and much-needed Plymouth History Centre. They will showcase a host of wonderful artefacts, photographs, films and records, which will now be safely housed in one place, for both local residents and visitors to explore. We’re very proud to be supporting the creation of this ‘treasure trove’ and applaud the Council’s plans to make it widely available so people can explore both their own personal heritage as well as Plymouth’s rich history.”

An important factor contributing to the success of the bid to the HLF was the City Council’s investment of £5million to the History Centre, which demonstrated the clear commitment of city leaders to the project.

“We are absolutely thrilled the HLF has recognised the importance of Plymouth’s fantastic heritage with such a large investment, which we believe is a record amount for the city. We can now create a major new visitor attraction that will proudly tell the stories of the city's legends and heroes, like Drake, Scott and Reynolds who helped shape the modern world. It will change the face of history in Plymouth.”

As part of the project, the listed buildings on North Hill – which currently house the Museum and Central Library – will be refurbished, a new large extension added and the former St Luke’s Church at Tavistock Place will also be renovated. Together this will create an attraction three times the size of the existing museum, which will include WOW spaces to showcase the staggering array of historic treasures that will be brought to life with interactive displays encouraging visitors to explore further.
An added dimension to the History Centre project is the development of the former St Luke's Church on Tavistock place, which will be restored to offer the largest gallery space in the South West. The aim is that this grand exhibition space will attract some of the most impressive and notable travelling national and international exhibitions to Plymouth.

David Buckingham, Chair of the Plymouth Barbican Trust of which SWIB is part, said:

“SWIB are delighted to be a partner of the new History Centre. With a library of over 1 million photos, many of which have been rescued from disposal, we are now faced with the unique opportunity of opening up this rich archive to the wider community so that both current and future generations can have insight into the life of Plymouth over the last 100 years.”

"The HLF award is of huge significance to the South West Film & Television Archive. It secures for Plymouth and the South West a long term home for the largest regional film archive in the UK. It will also bring together the most important heritage collections in the city in a ground-breaking way, which will make the collections relevant and accessible to the public in an exciting, world class environment."

The History Centre project will receive an initial £900,000 grant from HLF to complete its development phase, which will involve a solid year of planning and consultation to work up the detailed designs for the buildings and exhibition spaces. Once the plans are approved, the remaining £11.6million will be released to undertake the build project, as well as transform three organisations into one major new attraction.
To make the History Centre a truly community-led attraction, the coordinating partnership will be holding more consultation and engagement activities with the public to gather ideas and gain feedback that will be used as part of the development phase. Some early ideas have been formed but the project team is keen to stress that much of the detail is up for grabs, and suggestions from the public are very welcome to ensure the Centre appeals to the widest possible audience.
The planned opening date for the History Centre is by spring 2019.