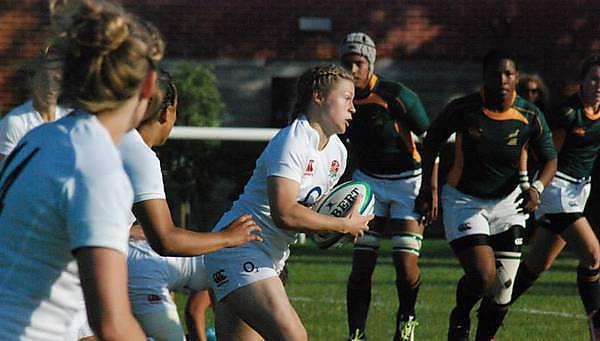 World Cup fever is set to continue in Brazil as universities across the globe are sending their best rugby players to battle it out on the pitch in Sao Jose dos Campos.

“It will be both physically and mentally demanding in extreme temperatures, but a fantastic, once in a lifetime opportunity to play for the UK.”

The rising star started playing at the age of ten when she joined her local rugby club.

“When I was young, my parents encouraged me to participate in as many sports as possible, and for a long time dance was my main hobby, but I fell in love with rugby,” said Charlotte.

She went on to play for the Newquay Tretherras at secondary school, joined the England U20 squad at the age of 17, and was part of the Varsity-winning Women’s Rugby Team at Plymouth University this year.

The bi-annual International University Sports Federation event, officially formed in 1949 to promote sports values and practice, introduced the World University Rugby Championships in 2004. Now in its sixth year, the two-day tournament has seen the number of participants grow from nine countries to a record number of 17 in 2010.

Set to compete against national teams from China, France and Canada, Charlotte has been preparing for Brazil by playing Premiership rugby for Bristol and Plymouth Albion.

“I hope we can do a little better than our football team did,” she added. “I’m certainly looking forward to representing the UK and doing Plymouth proud.”