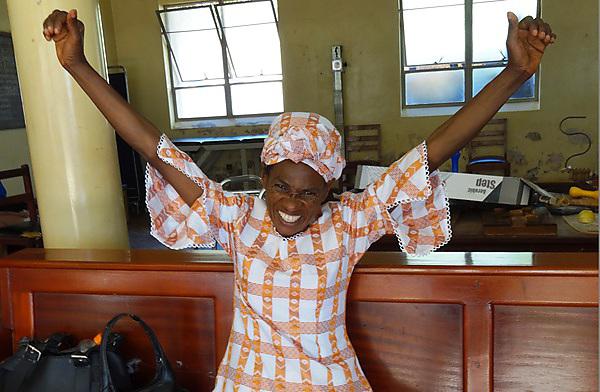 Dr Rupert Jones, a Plymouth GP and Senior Clinical Research Fellow at Plymouth University Peninsula Schools of Medicine and Dentistry, is playing a role in the establishment of the Makerere University Lung Institute in Uganda.

Chronic lung disease is a growing and debilitating health issue for countries in East Africa. Resulting from respiratory infections such as TB and HIV, and lifestyle problems such as tobacco smoking, open fires in homes and poor nutrition, chronic lung disease affects one in five adults in Africa and is a major threat to health.

Patients with chronic lung disease are prone to breathlessness and inactivity, and in Africa they are disproportionately from deprived communities, many lacking the means for drugs or transport to medical clinics. The condition has a negative impact on African economies through lost productivity and disability, and through additional pressure on already stretched health services – yet it is neglected as a health priority.

Rupert Jones is the inaugural co-director of the Makerere University Lung Institute which was established in November 2015 and aims to address this issue by integrating disease prevention, clinical care and training to combat lung disease in Uganda and across sub-Saharan Africa. Its mission is to increase research capacity by 20 per cent and lung health awareness by 15 per cent by 2021.

The Institute is working on a number of projects. Fresh Air Horizon 2020 has direct involvement from Dr Jones and aims to support people at risk of, or suffering from chronic respiratory conditions in countries with few resources. The project will develop the capacity for evidence-based methods for prevention, diagnosis and treatment in Uganda, Vietnam, the Kyrgyz Republic and Greece.

Another project involving Dr Jones is investigating the effect of pulmonary rehabilitation in improving the quality of life for patients recovering from TB and for those with chronic obstructive pulmonary disease (COPD). The project has documented the feasibility and acceptability of this programme for such patients.

The African Severe Asthma Programme is a partnership led by the Makerere University Lung Institute which seeks to better understand what causes severe asthma in the continent.

The Institute has also established a registry for asthma and COPD patients, creating a useful database for research and the development of clinical solutions to both conditions.

Its Global Bridges project works with health workers through training, communication and social mobilisation to increase awareness of lung health in Uganda, while its Link Survey links patients with COPD to care in their communities.

“The Makerere University Lung Institute is a superb organisation which is already making significant inroads into improving lung health in East Africa and further afield. We have worked with them on a number of projects – Fresh Air and pulmonary rehabilitation programmes to name two – and it is a privilege to play a role in an organisation which is having such a beneficial effect.”