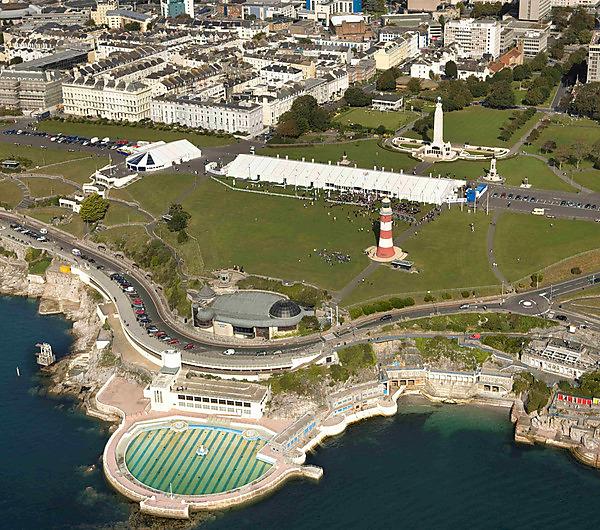 Plymouth’s higher education institutions have today issued a new commitment to tackle the issue of discrimination in the city.

The University of Plymouth, the University of St Mark and St John and Plymouth College of Art and City College – members of the Plymouth Higher group – have all agreed to publicly stand against manifestations of discrimination such as hate crime, anti-social and prejudiced behaviour, social injustice and a lack of inclusivity.

The statement by Plymouth Higher addresses concerns raised in a report by the Plymouth Fairness Commission, established by Plymouth City Council, that identifies a wide range of issues in the city, including discriminatory behaviour on the grounds of race, age, gender, disability and religion, and a culture of intolerance that may be developing.

“Higher education brings in thousands of new residents into the city every year from a diverse range of countries, cultures and backgrounds, which all add to the existing cultural mix. It is fitting, therefore, that our universities and colleges should lead on identifying an issue which, were it to grow, would undermine the welcoming nature of Plymouth.”

“The University of St Mark & St John is a values-based university with a clear values statement that makes commitments 'to challenging discrimination and injustice wherever it is found' and 'to valuing the diversity within the University and the wider community'. We therefore give our strong support to this important new initiative.

“University staff and students look forward to working closely with Plymouth's other further and higher education providers and learning from each other as we work together to support the City in addressing the entrenched social, economic and cultural challenges highlighted in the excellent report published by the Fairness Commission.”

“The Plymouth Higher Group has been working together, with others, to provide a broad and inclusive range of opportunities particularly for our young people – so that they aspire to further or higher education as a way of improving their future prospects. We welcome the findings of the Commission because collectively we understand the pivotal contribution that the further and higher education community play in rebalancing fairness.”

And Andrew Brewerton, Chief Executive and Principal of Plymouth College of Art, added:

"Whilst discrimination of any kind clearly impacts upon individuals, discrimination also diminishes all of us, as fear weakens confidence in our culture and community. There is no place for discrimination of any kind in education, least of all in creative thinking, because discrimination feeds on ignorance and inhibits learning and imprisons minds. I think self-respect is the basis for our respect for others, and without the former you don't have the latter. Plymouth College of Art wholeheartedly supports the recommendations of the Plymouth Fairness Commission."

The organisations within the Plymouth Higher group have worked together to issue a statement of intent, identifying a clear set of values to be championed, and outlining behaviours that will not be tolerated. They hope that this statement will be taken up and adopted more widely across the city in both public and private sectors. They also plan to roll out a programme of evidence-based, age-appropriate programmes to address discrimination across all early years, primary and secondary schools and further/higher education.

The move has been welcomed by Devon and Cornwall Police, the Racial Equality Council and Plymouth City Council.

“We welcome the position taken by the University and the higher education establishments, and see this as an important response to the findings of the Fairness Commission, to which we contributed. It is disturbing that the experience of those from minority backgrounds in Plymouth is so vastly different from that of others in the city, and that for some it appears that behaviour motivated by hatred and intolerance is simply part of their everyday life.

"For Plymouth to achieve its aims it must learn to be welcoming and inclusive and to stand united against behaviour motivated by hatred and intolerance. We look forward to working closely with the two universities, City College and the Plymouth College of Art to deliver a real difference in the city.”

“The Plymouth and Devon Race Equality Council believes that racism and discrimination is abhorrent and has no place in our society. We will therefore take every opportunity to combat these two evils. We welcome the response of the Universities Higher and Further Education establishments in Plymouth regarding the findings of the Fairness Commission.

“Plymouth must be inclusive and not tolerant of racism, to stand united against behaviour motivated by hatred and intolerance. Plymouth stands to gain if we all work towards a more tolerant City.”

“We welcome this commitment by our higher education institutions as a direct response to the recommendation made by the Fairness Commission, set up by ourselves, that all key organisations commit to tackling all forms of discrimination.

“One of our priorities is to ensure Plymouth is a welcoming city and we put equality and diversity at the core of all our work. The diversity of our City is one of its greatest assets and we want everyone in Plymouth to feel safe and live their lives to the full without fear of prejudice or discrimination.”

We are committed to promoting social inclusion, equality and diversity and creating a culture that celebrates and promotes these values.

We will seek to eliminate all examples of discrimination, harassment, bullying and victimisation, and take an active stand against their manifestation.

We will stand against the culture of silent tolerance of racist, ageist, sexist, disability, homophobic and transphobic abuse, hate-crimes, anti-social behaviour, exclusion and discriminatory attitudes.

We believe, as a city, we must be prepared to discuss and campaign for the issues of fairness for all, jettison historic prejudices and misconceptions and learn from one another. We must embrace diversity of thought and expression and the perspective and insight it brings to our region; we must support each other in adapting to live in a more inclusive world.

We urge employers large and small, public and private, as well as institutions and communities, to work and strive together to ensure that the values of individual respect and equality of opportunity are ‘part of the way we do things’.

The Plymouth Higher Group will campaign and take action to ensure these values are upheld within our own organisations and promoted across Plymouth’s public, private and third sector organisations and its communities.