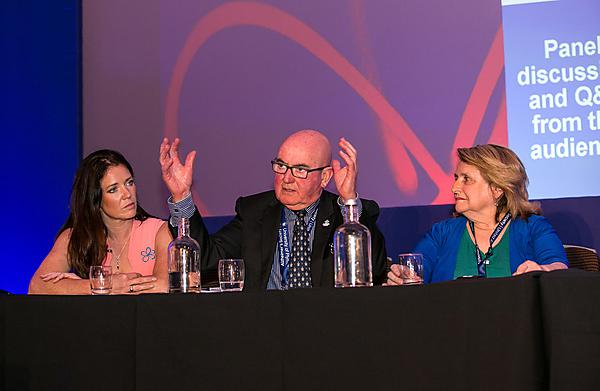 Ian Sherriff, Academic Partnership Lead for Dementia at the University of Plymouth and Chair of the Prime Minister’s Rural Dementia Friendly Task and Finish Group, was one of the leading figures in dementia who formed the experts panel at the biggest-ever conference held by the Alzheimer’s Society in London recently.

The audience of over 300 was made up of leading influencers in health and social care, members of the Dementia Friendly Communities Programme, the Prime Minister’s Task and Finish Group, representatives from central and local government, the NHS, third sector organisations and Alzheimer’s Society-funded research network volunteers, researchers and staff.

After the event Ian commented:

“As someone who is totally committed to helping society tackle the many challenges the people with dementia, their families and carers face daily, I was delighted to be a member of this select panel of leading figures in health and social care.”

“There is widespread recognition at the highest level of government about the present and potential future impacts of dementia in rural communities. The search for ways to enrich the quality of life for those affected by dementia is a constant and complex one. I was delighted to be able to share my ideas, thoughts and experiences with this audience about the needs of people with dementia and those around them living in urban and rural communities.”

The topics covered by Ian included loneliness, isolation, lack of transport, poverty and fuel poverty, inability to access health and social care and inadequate living conditions. Ian was applauded by the audience several times for his responses to these issues and he gave examples of good practice and guidance.

Dementia at the University of Plymouth