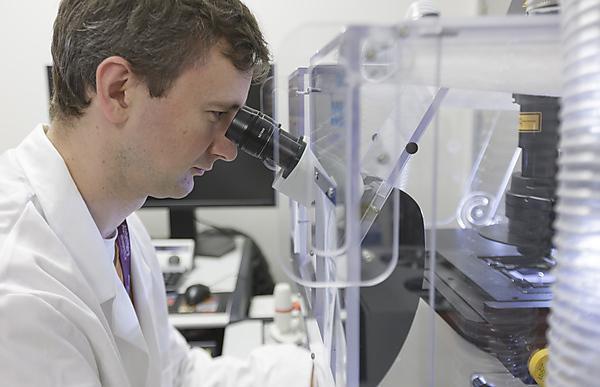 Dr Oleg Anichtchik, a dementia researcher from Plymouth University Peninsula Schools of Medicine and Dentistry, is set to deliver a presentation at the 13th International Conference on Alzheimer’s and Parkinson’s Diseases in Vienna at the end of this month.

His presentation will focus on his study investigating the role of proteins in the development of a condition called dementia with Lewy bodies (DLB). Lewy bodies are tiny deposits of protein in nerve cells and it is believed that they account for 15 to 30 per cent of all cases of dementia.

The protein is called alpha-synuclein and it is closely related to another protein, beta-synuclein. Dr Anichtchik’s research team is investigating whether and how interaction between the two proteins plays a role in development of DLB. Early findings suggest that beta-synuclein may influence the way neurons respond to alpha-synuclein accumulation and this may affect neuronal survival.

The overall results of the study will help the team better understand how protein deposits build up in the nerve cells. By understanding the mechanism, and how one protein may inhibit the other, there may in time be a way of using the mechanism as a means to treat DLB.

The 13th International Conference on Alzheimer’s and Parkinson’s Diseases will take place at the Austria Centre in Vienna from 29 March to 2 April.