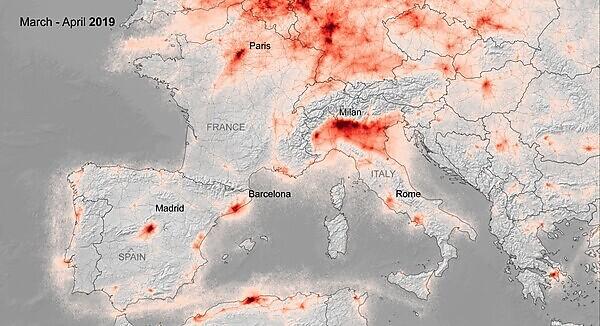 For many years the scientific community has wrestled with the problem of how to engage the public with complex issues surrounding climate change. From accusations of ‘doom-mongering’ to the risk of bombarding people with stats and facts, the difficulty has remained how to gain the attention of the public without frightening or frustrating them away from making and advocating positive change.

Now a new comment piece published in Nature Astronomy has concluded that astronomers could play a key role in future communication, using their platforms and profiles to reach out to the media and the public alike.

Alison Anderson, Professor of Sociology at the University of Plymouth, and science communicator and previous British Science Association Media Fellow Dr Gina Maffey, say that astronomy “offers many entry points to talking about climate change”, from the climate history of the terrestrial planets to the notion that there is no alternative planet for humans to live on – “no Planet B”.

They also believe that astronomers are more likely to command public respect, as their appeal crosses international and cultural boundaries – as evidenced by the likes of Stephen Hawking, Albert Einstein and Sir Isaac Newton.

Their article comes at a time of growing calls from the astronomy community to act, with bodies such as Astronomers for Planet Earth coming to the fore, and a recent open letter signed by more than 2,750 astronomers

“Climate change is one of the most serious challenges facing our planet and we are increasingly experiencing its dire effects with soaring temperatures, wildfires, floods and droughts,”

“Within astronomy there is growing recognition of the urgency of the situation, the profession’s impact on it and the need to communicate outside the academy.”

In their article, Professor Anderson and Dr Maffey map out five steps for astronomers to communicate climate change effectively.

Whether it is using relevant metaphors or strong visual analogies, or relying upon actual imagery, such as the satellite pictures charting the dramatic reduction in nitrogen dioxide concentrations as COVID-19 restrictions were applied, telling stories enables audiences to better understand complex issues. 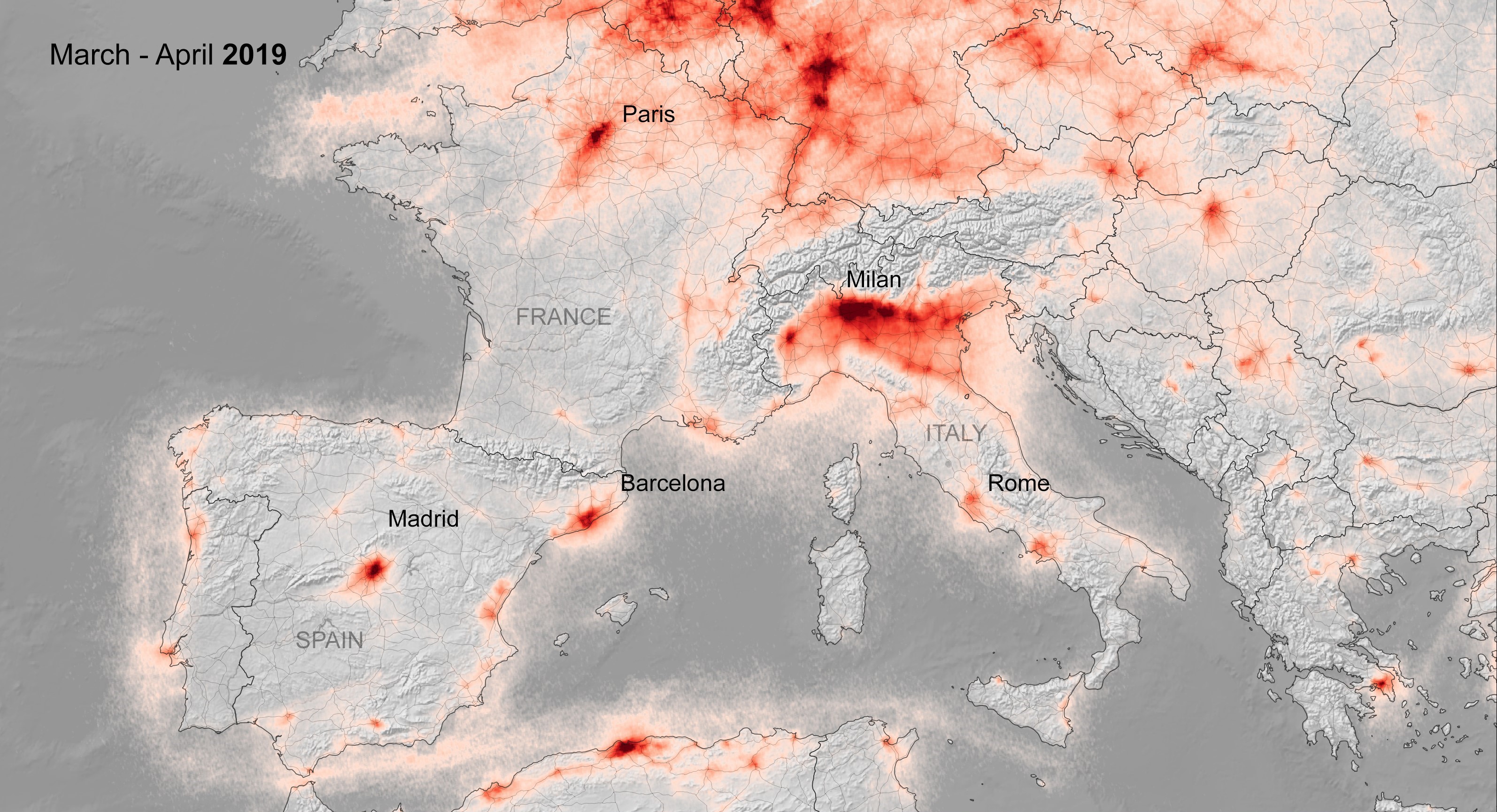 This image uses data from the Copernicus Sentinel-5P satellite showing polluting nitrogen dioxide concentrations in March–April 2019 prior to pandemic restrictions lowering the amount. 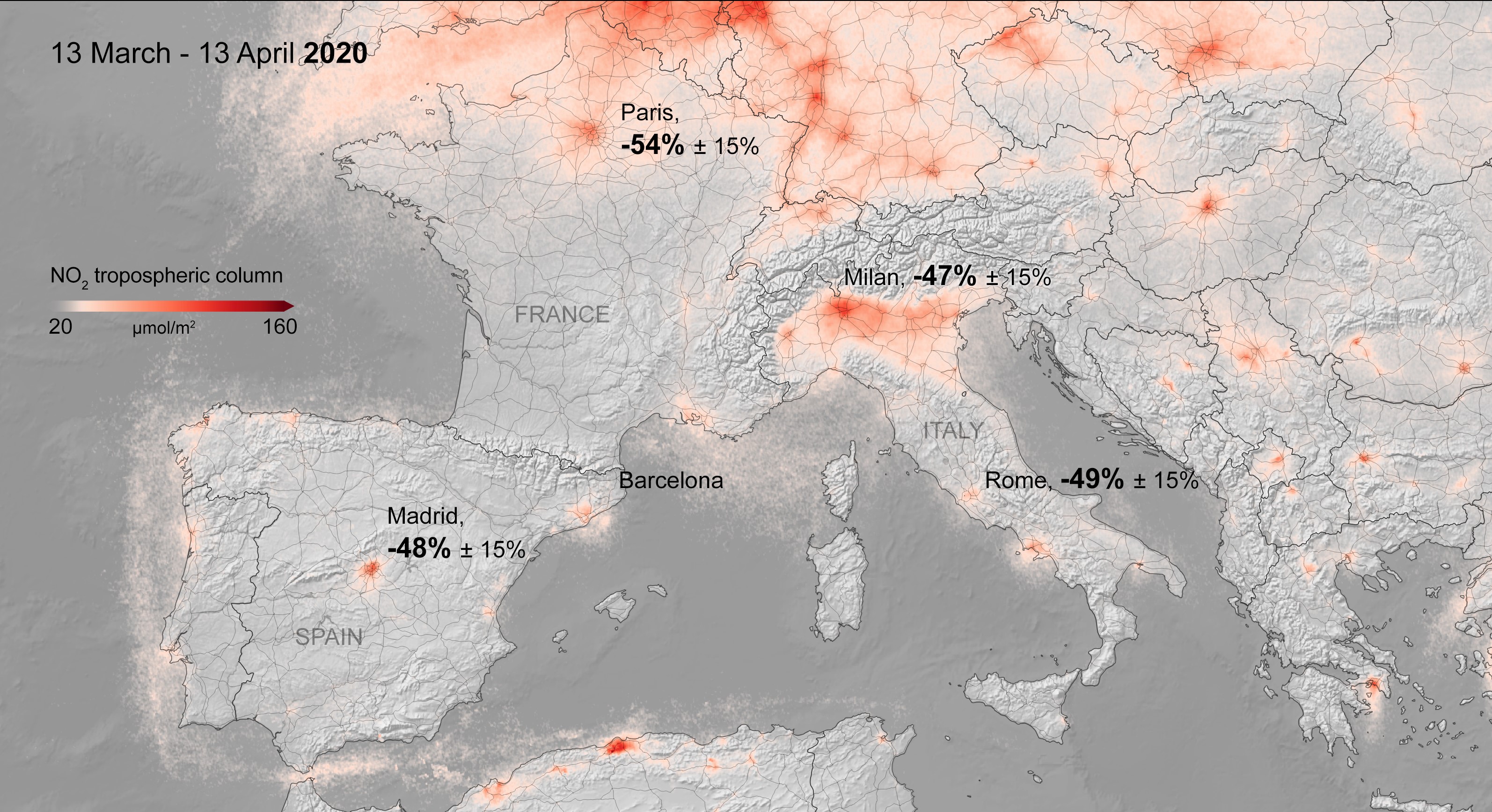 The same Copernicus Sentinel-5P satellite showing the reduction in polluting nitrogen dioxide concentrations in March–April 2020, when pandemic restrictions were keeping many Europeans at home.

While the climate impacts everyone, climate change can be a psychologically distant and abstract concept. Astronomers can help overcome that through focusing on local environmental issues or meteorological conditions and linking to immediate and personally relevant issues.

“Providing people with more knowledge will not fix the problem,”

say the authors, debunking the assumption made by communicators that the problem is simply one of the public not understanding climate change. In reality, they argue, the same message is likely to be received differently by different audiences and attitudes to climate change will be shaped by socio-political and cultural values. Research has shown that people who strongly identify with personal ambition and materialism have a tendency to be more sceptical of climate change messaging – but may be more receptive when it is framed as energy efficiency and waste avoidance.

It is imperative that climate change communication is solution-focused, the authors say. While ‘doom and gloom’ messaging might grab headlines, it can be counter-productive, leaving people feeling apathetic, despondent and disempowered. International astronomy projects typically hold strong public appeal and cross-cultural divides, and it is this ambassadorial element that astronomers can tap into when communicating the need for cross-sector change at a system level.

Astronomers have been shown to take part in a greater number of public engagement activities (including lectures, school visits and media interviews) than other scientific disciplines. They have, therefore, a prime platform through which to engage audiences with climate change. But in order to do so, they often require support and backing from the institutions they work for.

“Astronomers are able to use astronomy as a bridge to introduce topics that hold increasing relevance and impact for individuals’ everyday lives,”

“We are at a crucial point in history where the astronomy community can make a hugely important contribution to engaging the public with one of the most serious challenges of our time. In so doing, this will also create an opportunity for other scientific disciplines to reflect upon their own contributions.”

Five steps for astronomers to communicate climate change effectively can be viewed via the Springer Nature Content Sharing Initiative.