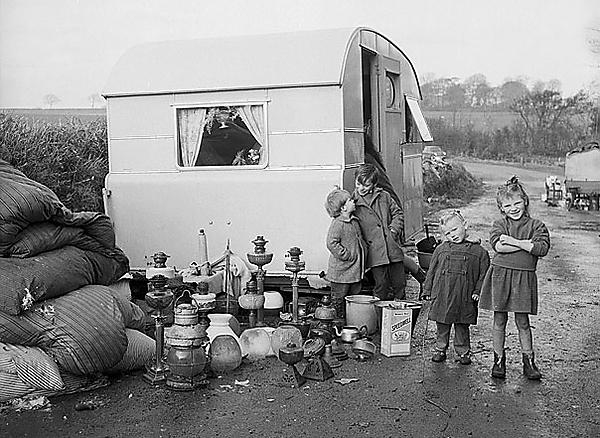 Racial discrimination and social exclusion are common experiences in the lives of Romany and Traveller people, and many families find themselves living on the margins of society as a result. For decades they have been the subject of suspicion and disapproval which is exacerbated by sensationalist media reporting that often depicts these diverse ethnic groups as inherently criminal communities.

Now, a team of researchers has launched a potentially ground-breaking study that will look at the crime and criminal justice experiences of Gypsies and Travellers in England dating back to the 1960s.

Led by the London School of Economics, in collaboration with the Universities of East Anglia and Plymouth, and funded by a one million pound grant from the Economic and Social Research Council, the project will recruit researchers from Travellers and Gypsy communities to conduct interviews at four sites around the country.

Dr Becky Taylor, a historian at the University of East Anglia and a Co-Principal Investigator on the project, said:

“Historical accounts show that since the arrival in England and Scotland of Romany Gypsies in the fifteenth century, and of Irish Travellers in the nineteenth century, they have become entrenched in popular, media and political imaginations as criminal predators. But is their reputation as perpetrators of property crime, violence, fraud, tax evasion and anti-social behaviour in any way justified? There is no rigorous evidence assessing the validity of such claims. Even more concerning is that there are no systematic assessments of Gypsies' and Travellers' experiences as victims of crime.”

The project will recruit researchers from Gypsy and Traveller communities to conduct surveys in four areas around the country.

“Collaboration with Gypsy and Traveller communities is at the heart of this project,”

adds Dr Zoë James, Associate Professor in the School of Law, Criminology and Government, at the University of Plymouth and Co-Principal Investigator.

“We know so little of Gypsies’ and Travellers’ experiences with the criminal justice system. By working with them we have a unique opportunity not only to learn but also create a positive legacy that will be felt across our broader society.”

“We are bringing together expertise from social policy, history, and criminology, to undertake a systematic, comprehensive and historically grounded account of the crime and criminal justice experiences of Gypsies and Travellers in this country. In doing so, we will work to not only challenge the harmful stereotyping of these communities, but generate real insight into their lived experiences, including as victims of crime and how we can improve their interactions with society and its institutions.”

The project, which runs until July 2022, will focus on four geographical locations – two rural and two urban – in London, Leeds and West Yorkshire, East Anglia, and Cornwall.

As part of the work, there will be knowledge exchange opportunities including the production of a videographic film and a touring community exhibition. Renowned Romany writer Damian le Bas will also be using the research findings to produce a number of creative works across poetry, drama and fiction.