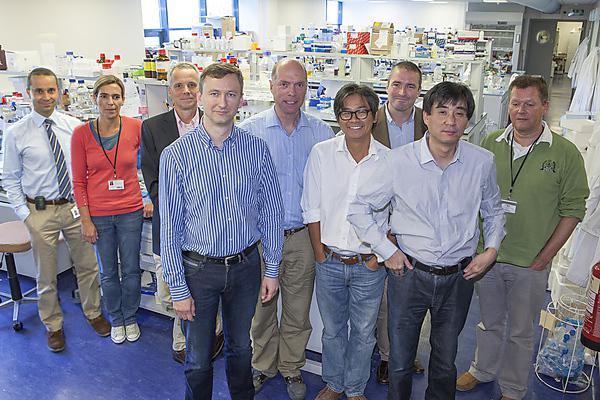 Dementia researchers in Plymouth and Exeter have been brought together in an exciting new venture to defeat dementia. In the lead up to World Alzheimer’s Day, the UK’s leading dementia research charity has announced new investment in a Research Network across the UK, bringing scientists together to tackle this devastating condition. Alzheimer’s Research UK will support 15 Network Centres of scientific excellence across the UK, including a brand new Centre in the South West. Plymouth University and the University of Exeter will receive a much-needed boost in investment, benefiting from £50,000 of new funding over two years alone, with continued support pledged for the coming years. The investment is part of the charity’s £100m Defeat Dementia fundraising campaign, announced in June by the Prime Minister.

With calls from the G8 Dementia Summit in December for increased collaboration and joint working in dementia research, the Alzheimer’s Research UK Research Network brings together scientists from a variety of disciplines, both within their own institution, in neighbouring centres of academic excellence and across the country. Teams of scientists who would not normally encounter each other are able to pool their knowledge in projects that span the length of the country. As Plymouth and Exeter have built strong reputations for excellence in dementia research, it has become essential to create a nexus for researchers in the region.

Nearly 13,000 people in Plymouth and Exeter alone have dementia and the formation of a new Network in the area will strengthen research taking place to understand and find a cure for the condition. As the newest member of the Alzheimer’s Research UK Network, which was first established in 1998, funding for the South West Network Centre will provide brand new opportunities for scientists to share resources, attend scientific conferences and pursue innovative projects with small experimental grants.

Besides providing a focal point for researchers, the Network will also serve to help the local community understand the progress being made in dementia research. Every year, scientists from Plymouth and Exeter will host a free public meeting, an informal event for the public to hear about the latest research findings. These events will foster dialogue between researchers and those touched by the condition, which can provide scientists with new insights into dementia and inspire new approaches to research.

Dr Eric Karran, Director of Research at Alzheimer’s Research UK, said: “We will not find a cure for dementia by working in isolation. Investment in our Research Network is essential to bring scientists together to share ideas and resources. Supporting grass-roots research is crucial to lay strong foundations for larger studies and we are pleased to be able to invest in people and ideas that could provide the breakthrough moments we are all desperate for.
“Alzheimer’s Research UK is leading the way in terms of investment in research, but it is also crucial that we foster collaborations – locally, nationally and internationally. The Research Network will unite researchers across the UK in tackling dementia from different angles, in order to meet our aim to defeat dementia sooner.”

Dr Oleg Anichtchik, researcher at Plymouth University and Co-ordinator of the South West Research Network Centre, said: “I speak on behalf of the research community in the South West when I say how happy we are to have been named as an Alzheimer’s Research UK Network Centre. Researchers in the area are focussing on so many different topics; from trying to better understand rarer forms of dementia such as dementia with Lewy bodies, to how subtle modifications to DNA can alter the progression of Alzheimer’s. We also have strong connections with clinicians working with dementia patients and will aim to strengthen these through the work of the Network.”

Dr Katie Lunnon, lecturer at the University of Exeter and administrator of the South West Research Network Centre, said: “The South West Network Centre will act as a hub for dementia researchers from different backgrounds, allowing us to learn from each other and share resources. The great benefit of the Alzheimer’s Research UK Research Network is that it allows scientists to place their findings in the wider context of dementia research, and draw on other people’s expertise to make the journey from interesting idea to patient benefit faster and easier.”

She said: “Mike was only 46 when he was diagnosed with early-onset Alzheimer’s in 2008 – it was a terrible shock for us and our two daughters. Although he was quite active at first, he rapidly deteriorated. The clever, quiet man we knew needed help with most everyday things – he couldn’t button his shirts, he couldn’t clean his teeth and his behaviour became increasingly disturbing. It broke our hearts when he needed 24-hour care in a nursing home. We wanted to shout from the rooftops that more money is needed for research to find new treatments. I’m so delighted to hear more funding is being made available for Alzheimer’s Research UK’s research experts here in the South West.”

Alison Seabeck MP added: "Given the city and people of Plymouth's wider commitment to support those with dementia and Alzheimer's, having a centre of recognised research excellence is important. Therefore the successful bid from Plymouth and Exeter universities and medical schools to establish a research network is very welcome."