Students successfully juggling studies and part-time work - and the people and businesses that employ them - have been celebrated in the first stage of a national competition.

The Student Employee of the Year Awards (SEOTY) are organised by the National Association of Student Employment Services (NASES).

Local employers, including areas of the University that offer part-time work to students, put forward those they think have excelled in their roles, before winners are chosen in the following categories: Above and Beyond; Commercial Impact; Step up to Leadership; and Student Temp Excellence.

This year there was also a chance for students to recognise good employers, in a special category to give credit to businesses that provide an opportunity for staff to learn and excel in the work place.

Students, employers and University staff gathered for an awards evening in the Careers and Employability Hub, where the winners were announced and presented with prizes.

“It has been very inspiring to read all the nominations, especially as they came from employers. The judging panel was really impressed with the hard work, commercial awareness, dedication and proactive outlook that the students give to their part time work.

“This was our third year of entering the competition and we came within the top five universities in the country for the number of nominations received from employers, which was an achievement in itself. What really impressed, though, was the quality of nominations and the contributions the students made.”

“I was shocked to find out I had been nominated for the award, after the two and a half years that I spent working at the Students’ Union behind the scenes in the events department. I’ve worked on many events from society-organised fundraisers, to corporate hires, to large events such as the summer ball.

“I’d like to thank Michelle Rysdale and Jim Mack for all the effort and enthusiasm that they put into the events team, and for the nomination.”

Since the event, four of the winners of the University round have also progressed through the regional round. Liam, along with Bhavna Bhalla, Iuliia Glukhikh and Hailey Golding, will find out how they have done in the national awards in a ceremony taking place in Cardiff on 5 and 6 July. 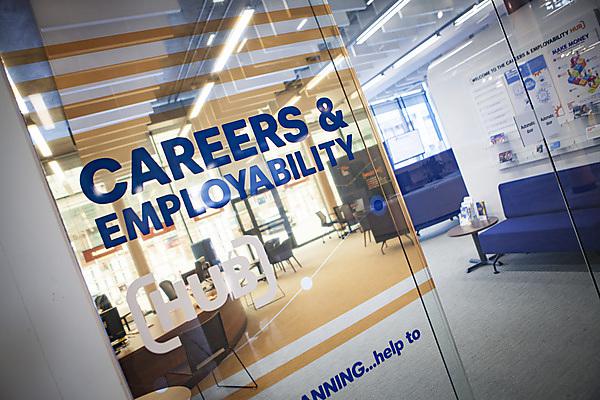