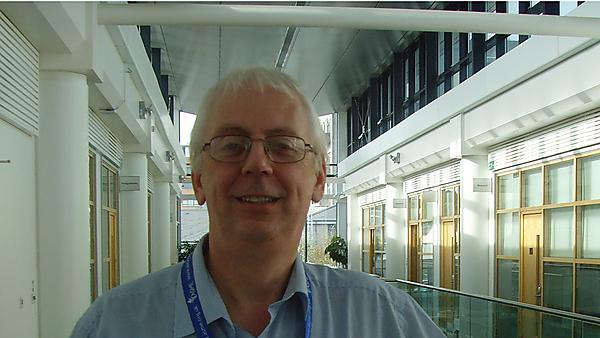 An expert in clinical education from Plymouth University Peninsula Schools of Medicine and Dentistry (PUPSMD), has been awarded the President’s Medal of the Academy of Medical Educators for his outstanding contribution to the training of doctors.

Doctor Nick Cooper, Associate Professor for Clinical Education and Programme Lead for the Masters in Clinical Education at PUPSMD, has received this prestigious award in recognition of his “exceptional and sustained contribution to medical education.”

He was presented with the award at a ceremony hosted by the Academy of Medical Educators at The Royal College of Obstetricians and Gynaecologists in London.

The citation for the award stated: “Nick’s gentle and unassuming manner, his enormous patience, his passionate advocacy on behalf of patients and his invariably cheerful and friendly demeanour, coupled with an insatiable curiosity and an unswerving belief in the power of medical education to transform healthcare for the better, have made him an inspiration for generations of medical students, junior doctors and trainees. He is a medical educator par excellence and a credit to the profession.”

Nick qualified as a doctor in London in 1976. He moved to the South West in 1980 to train as a GP, and became a GP trainer in 1987. He lectured in primary care and general practice at Plymouth University in the 1990s and played a key role in establishing the Peninsula Medical School from its inception in 2001. In 2010 he spent some time at Harvard Medical School and was appointed by Plymouth as an Associate Professor in Clinical Education in 2011.

He was one of the first Fellows of the Academy of Medical Educators and was elected to its Council in 2013 – he currently serves as lead for assessment and as Chair of the Membership Committee.

Said Nick: “I am delighted to have received this award from the Academy of Medical Educators. This is not just an accolade for me personally, but also for my colleagues at Plymouth University who are leading the way in the education of healthcare professionals of the future.”

Professor Robert Sneyd, Dean at Plymouth University Peninsula Schools of Medicine and Dentistry, added: “My congratulations, and the congratulations of colleagues, go to Nick for this outstanding achievement. Nick stands testament to the excellent reputation we have developed for educating doctors who are clinically excellent, professionally adept and who have a true empathy with those in their care.”