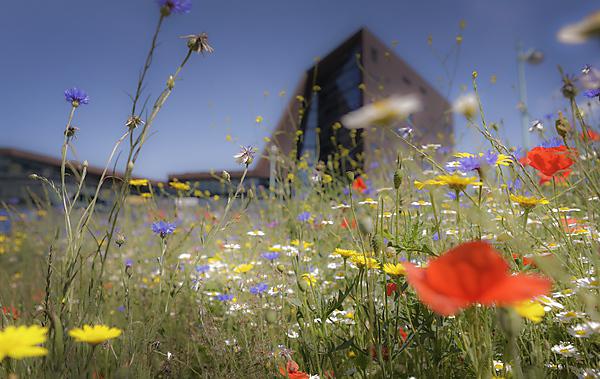 Researchers from Plymouth University Peninsula Schools of Medicine and Dentistry are part of a team led by the University of Oxford, who have carried out new research that suggests mindfulness-based cognitive therapy (MBCT) could provide an alternative non-drug treatment for people who do not wish to continue long-term antidepressant treatment.

The results are published in The Lancet.

The results come from the first ever large study to compare MBCT – structured training for the mind and body which aims to change the way people think and feel about their experiences – with maintenance antidepressant medication for reducing the risk of relapse in depression.

The study aimed to establish whether MBCT is superior to maintenance antidepressant treatment in terms of preventing relapse of depression. Although the findings show that MBCT isn’t any more effective than maintenance antidepressant treatment in preventing relapse of depression, the results, combined with those of previous trials, suggest that MCBT may offer similar protection against depressive relapse or recurrence for people who have experienced multiple episodes of depression, with no significant difference in cost.

“Depression is a recurrent disorder. Without ongoing treatment, as many as four out of five people with depression relapse at some point,”

explained Willem Kuyken, lead author and Professor of Clinical Psychology at the University of Oxford in the UK.

“Currently, maintenance antidepressant medication is the key treatment for preventing relapse, reducing the likelihood of relapse or recurrence by up to two-thirds when taken correctly,”

“However, there are many people who, for a number of different reasons, are unable to keep on a course of medication for depression. Moreover, many people do not wish to remain on medication for indefinite periods, or cannot tolerate its side effects.”*

MBCT was developed to help people who have experienced repeated bouts of depression by teaching them the skills to recognise and to respond constructively to the thoughts and feelings associated with relapse, thereby preventing a downward spiral into depression.

Participants in the MBCT group attended eight two and a quarter hour group sessions and were given daily home practice. After the group they had the option of attending four follow-up sessions over a 12-month period. The MBCT course consists of guided mindfulness practices, group discussion and other cognitive behavioural exercises. Those in the maintenance antidepressant group continued their medication for two years.

Over two years, relapse rates in both groups were similar (44 % in the MBCT group vs 47 % in the maintenance antidepressant medication group). Although five adverse events were reported, including two deaths, across both groups, they were not judged to be attributable to the interventions or the trial.

According to study co-author Professor Sarah Byford, from the Institute of Psychiatry, Psychology & Neuroscience (IoPPN) at King’s College London, UK:

“As a group intervention, mindfulness-based cognitive therapy was relatively low cost compared to therapies provided on an individual basis and, in terms of the cost of all health and social care services used by participants during the study, we found no significant difference between the two treatments.” *

According to Professor Kuyken:

“Whilst this study doesn’t show that mindfulness-based cognitive therapy works any better than maintenance antidepressant medication in reducing the rate of relapse in depression, we believe these results suggest a new choice for the millions of people with recurrent depression on repeat prescriptions.”

“Mindfulness gives me a set of skills which I use to keep well in the long term. Rather than relying on the continuing use of antidepressants mindfulness puts me in charge, allowing me to take control of my own future, to spot when I am at risk and to make the changes I need to stay well.”

Writing in a linked Comment, Professor Roger Mulder from the University of Otago in New Zealand said:

“Because [mindfulness-based cognitive therapy] is a group treatment which reduces costs and the number of trained staff needed it may be feasible to offer MBCT as a choice to patients in general practice… We therefore have a promising relatively new treatment which is reasonably cost effective and applicable to the large group of patients with recurrent depression.”

Link to the paper in The Lancet