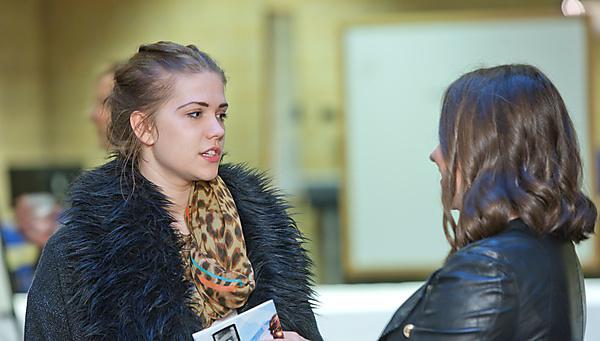 New research conducted by Plymouth University shows that young women with high emotional intelligence (EI) are more likely to use manipulative behaviours, resulting in a greater engagement in delinquency.

The research, led by Dr Alison Bacon, lecturer in Psychology, was conducted to assess why young women with high levels of EI are more likely to engage in antisocial behaviour than young men – a conclusion drawn from her 2014 paper, Sex differences in the relationship between sensation seeking, trait emotional intelligence and delinquent behaviour.

Two hundred and fifty-two young adults – 125 female – took part in the study, which saw them complete measures of EI; Machiavellianism, the personality type predisposed to conniving and deceptive behaviour; the managing emotions of others scale (MEOS); and self-reported delinquent behaviour.

The MEOS sees participants answer standard questions on how they adapt their behaviour depending on, or to affect, the emotions of others, and the young women with high EI in the study showed they were more likely to engage in non-prosocial behaviours which may be inauthentic, concealing the truth and may worsen others’ feelings.

High EI females also presented higher levels of Machiavellian tactics and delinquency; both in literal delinquent behaviours and in relationships, such as social exclusion or coercion.

“The results suggest that high EI may enable manipulative relational behaviours in some females, which in turn support delinquency aimed at fulfilment of social or material goals. The study was conducted on a group of students and is not suggesting for a second that all young women with high emotional intelligence have these behavioural tendencies. It’s just an interesting line of research to follow given that very little work has been conducted on EI and what it might facilitate in terms of non-prosocial behaviour.

“As a result of these findings, the next study will be to investigate exactly why young women with high EI might be more prone to using manipulative behaviours resulting in a higher level of delinquency. I would hypothesise that it’s partly due to evolution – in some circumstances, young women may have come to see social survival as more important than social niceties, so manipulation may have been an adaptive behaviour which has continued through to the present day – but we will find out when the study takes place.”

The full study, entitled Manipulative relational behaviour and delinquency: sex differences and links with emotional intelligence, is available to view in The Journal of Forensic Psychiatry and Psychology.