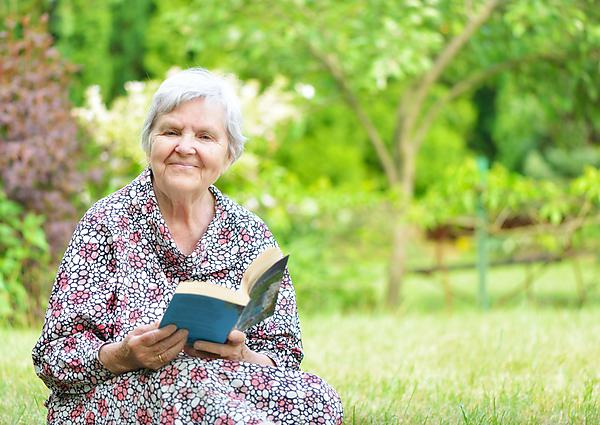 The benefits of the written and spoken word to people with dementia and those who care for them, will be celebrated at the launch of the National Memory Day project in London today, 30 June.

The event will also launch what is believed to be the world’s first wiki poem dedicated to dementia to which those affected by the condition and others can contribute. Entitled 'My Day', the first line, written by Sir Andrew Motion, is: 'What I remember is the day you gave'. Guests at the launch will be invited to add the next first few lines as the poem is opened up to the rest of the world at www.nationalmemoryday.org.uk.

'My Day' will be open for line-by-line contributions for a month and the final result will be turned into a ‘people’s poem’ which will form the basis of a film with celebrities, people affected by dementia, carers and researchers each reading a line from the poem, which will also be premiered at the first National Memory Day during Dementia Awareness Week in 2017 and kept in The Poetry Archive and on the National Memory Day sites.

The National Memory Day launch will also see the opening of a national writing competition. Categories include: Best Poem; Best Short Story; Best Young Writer 15-18; Best New Poet; Best New Writer, and; Primary Carer Voice. The winner of each category will be awarded their prize at a prize-giving ceremony during Dementia Awareness Week in May 2017.

A year-round programme of talks and workshops with poets and writers working with the Alzheimer’s Society’s successful memory cafés will ensure everyone will be supported and enabled to get involved in the enjoyment and writing of memories and new creative work. The National Memory Day project will showcase the brightest and best of the work created at a prize-giving event at which leading poets, writers and supporters will present and read the winning entries from an open writing competition focused around celebrating memories.

The national writing competition and memory café poetry activities will raise the profile of the challenges that living with memory loss can bring, not only for the individual but also their wider circle of family and friends.

The project will also raise funds to develop and grow the reach of these projects year-on-year, ensuring we can continue to make a difference to people’s lives as they live with memory loss and to underpin medical research to find dementia therapies in the search for a cure.

The project is supported by Sir Andrew Motion (President) and Angela Rippon OBE (Vice President), and the project partnership brings together a wealth of experience in working with dementia and Alzheimer’s.

“Wordsworth famously described poetry as ‘emotion recollected in tranquillity’. The three big words have equal weight here, but ‘recollection’ has a particular significance: it makes clear that writing (however soon or late it might come after the event it refers to) is essentially a re-claiming and in the process a re-making. For that reason alone, the creation of Memory Cafes, where memories can be stored and examined and preserved, is an excellent one: these places have the potential to be very important centres of poetic business. But of course they'll have another dimension of value as well - a social dimension, which will involve the re-valuing of experience in young and old alike. It’s this combination of the literary and the living that makes the National Memory Day so important and original.”

“We are delighted to be a part of National Memory Day, a day about celebrating the potential of creative writing and poetry for empowering people with dementia by re-connecting them to what dementia so tragically harms – their memories. National Memory Day and initiatives like it are an important part of Alzheimer’s Society’s mission to create Dementia Friendly Communities – communities that ensure that the people affected by dementia feel understood and included in all aspects of community life. This is vital for the 850,000 people living with dementia today, set to rise to over one million by 2021. We are excited by the increased support for Memory Cafes, one of our services for bringing people with dementia and their carers together, and about this project’s potential to open up new ways and partnerships to communicate about dementia to a wider audience.”

“The genesis of this project comes from my own personal experience with my mother, who has dementia (see below). I read her some poetry which she would have learned by rote at school and before long she was joining in from memory. The readings also unlocked other memories from her childhood, stories which in some cases we had not heard before. If ever there was proof that the written and spoken word can help those with dementia and memory loss, then our experience is a prime example. The objective of National Memory Day and the activities that spin out from it is to multiply our experience by the hundreds (if not thousands), to raise awareness and funds for dementia care and research, and to set the arts to work improving the lives of those with dementia and the people who care for them.”

“With my involvement in a wide range of dementia-associated projects I have seen, more times than is necessary, the isolation experienced by those with the condition and the frustration and upset caused to their love ones and those who care for them. National Memory Day and all the activities associated with it will go a long way to tackling this isolation and allaying frustration and upset, because through the written and spoken word we may well be able to unlock hidden memories and initiate conversations where they may have not been any before.”

"With pioneering research in the areas of dementia as well as in literature, the University of Plymouth is both delighted and well placed to be a key partner in the National Memory Day project and to sponsor the Best Young Writer 15-18 award. It is important to recognise that dementia affects not only the person with the condition, but also their loved ones. We hope that the young people touched by dementia and who enter the award will benefit from a creative outlet that enables their voice and experience to be heard."