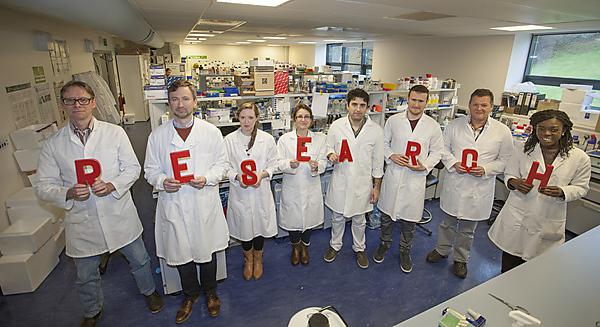 A new nationwide online and telephone service that helps people in the South West of England to take part in dementia research studies, including those at Plymouth University, launches today.

Join Dementia Research promises to accelerate the pace of dementia research by allowing people with and without dementia to register their interest in studies, helping researchers find the right participants at the right time.

This new Department of Health funded service is a collaboration between the National Institute for Health Research (NIHR), Alzheimer’s Research UK, Alzheimer’s Society and Alzheimer Scotland.

Dementia affects over 850,000 people in the UK, with 25 million of the UK population having a close friend or family member affected. In England there were 316,864 patients on GP dementia registers in 2013 and 16,786 of these patients were in the South West Peninsula. The prevalence of dementia in the South West Peninsula (Devon, Cornwall and Somerset) is 0.74 per cent of the population compared with 0.57 per cent nationally.

A new national poll* has shown that almost two thirds of the general public (62 per cent) would be willing to take part in dementia research, but more than four out of five people (81 per cent) wouldn't know how to volunteer. Join Dementia Research is designed to overcome these barriers and give everyone the opportunity to play a role in changing the outlook for people with dementia now and in the future.

The lack of access to willing volunteers is holding back critical research into the condition with government figures showing that less than 5 per cent of people with dementia take part in research studies.

The Join Dementia Research website offers a secure and easy way for someone to register their interest, discover studies that interest them, and ultimately connect with researchers to take part in their studies.

By signing up to the service, people give permission for researchers to contact them with details of studies in their area that match their profile. People can then decide if they would like to participate in those studies on a case-by-case basis. By registering, people do not have to take part in any studies and can opt-out at any time.

Current research studies range from clinical trials of new treatments to surveys identifying what works in improving the quality of life of people with dementia.

Dr Oleg Anichtchik, senior researcher into dementia at Plymouth University and a lead academic in the Alzheimer’s Research UK South West Research Network, welcomed the Join Dementia Research initiative as a central point where people who want to volunteer to participate in dementia research studies can register their interest and where researchers can identify potential study participants quicker.

“The South West prevalence of dementia is high which presents challenges for our communities but potentially also presents real opportunities to make a difference with active participation in research studies. People can register with Join Dementia Research without being obliged to take part in a particular study, but we hope that the service will expand the pool of willing participants. Growing the number of willing research volunteers will help push forward research to make advances in treatment, prevention and care.”

Annette Ward, who works as a sonographer at the Royal Devon and Exeter Wonford hospital volunteered to Join Dementia Research because she wants to ‘do her bit’ to support research because her own mother Joyce had the condition.

“Mum was such a loving, lively, cheery person, always smiling always laughing. Over a decade, my mum gradually lost her memories, her independence, and her laughter. In the end, Mum couldn't walk, talk or feed herself – and it could happen to any of us. No one should have to do that. No one should have to see it happen to someone they love. We need to know what factors contribute to the disease. We need to know how to treat dementia and eventually how to prevent it. Research gives us hope for that. Join Dementia Research will help us to get answers sooner, rather than later.”

“The government and charities have increased funding for dementia research over the last few years, meaning more studies are being done than ever before, but it’s often difficult to find willing volunteers at the right time. Join Dementia Research offers a way of ‘match-making’ – linking volunteers to researchers. The system also helps us plan future studies. It’s important that everyone should be able to find out about research that is happening near to where they live and get the opportunity to be part of that research.”