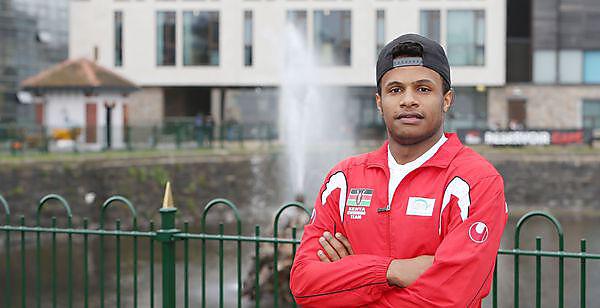 A University of Plymouth student is set to represent Kenya at an international swimming event later this month.

Issa Mohamed, currently studying law at the University of Plymouth International College, will compete against swimmers from over 30 countries at the FINA World Aquatics Championships in Russia.

The event includes six disciplines – swimming, water polo, diving, synchronised swimming, open water and high diving – and has been held every two years since its introduction in 1973.

Issa has a University of Plymouth sporting scholarship and competed in the 2014 Commonwealth Games, also holding the Kenyan national record for the 100m individual medley and 100m fly. He said:

“I am delighted to represent Kenya. The secret to my success is hard work, dedication and focus for which I have my dad to thank. It is a wrench to be so far away from my family, but the University of Plymouth offers a great training ground to build on and strong links with its partners across the city to provide sporting excellence.”

Issa learned to swim at the age of two and now trains ten times a week under the supervision of Plymouth Leander coach Jon Rudd. He said:

"We are very proud of Issa's selection for this year’s World Aquatics Championships in Kazan. He has made great inroads with his swimming since joining Plymouth Leander via a sports scholarship with the University of Plymouth. We wish him the very best and look forward to seeing him represent Kenya with pride and honour this summer.”

Despite his tough training routine, even when he has some down time he is never far away from the water.

“Swimming is a disciplined sport and being an elite swimmer means eating healthy, doing gym work and always taking care of yourself. It also includes making ample time to rest and I enjoy fishing in my spare time,” he added.

Issa will be swimming in the 100m and 50m freestyle events at the World Aquatics Championships, and the competition gets underway at the Kazan Arena in Russia on 24 July.

More study options at the University of Plymouth

Find out more about Plymouth Leander