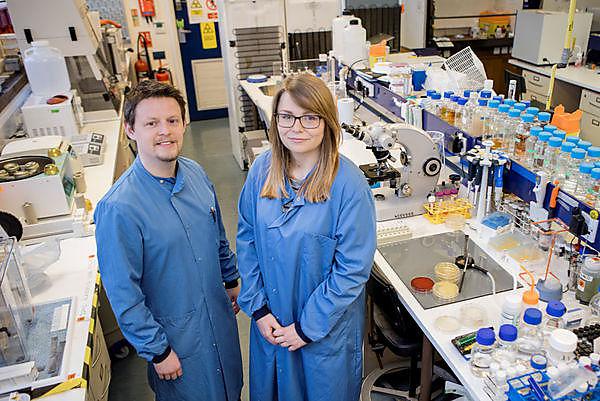 A student from the School of Biomedical and Healthcare Sciences at the University of Plymouth, has received funding of almost £2,000 from the Microbiology Society to investigate antibiotic resistance in treated waste water.

The award has been made to second-year Biomedical Science student Melissa Tremlett, who will be working with Dr Philip Warburton over the summer as part of the Microbiology Society’s Harry Smith Vacation Studentships scheme. The scheme is named after the former Society President, Professor Harry Smith, to mark his well-known support of microbiology students at the start of their careers.

Melissa and Philip will be analysing waste water from sewage treatment plants to assess the level of antibiotic resistant bugs in the water, their potential spread in the environment and wider health concerns. Antibiotic resistance is a major public health issue, which if unchallenged, is predicted to kill over 10 million people a year by 2050.

Philip, Lecturer in Medical Microbiology at the University of Plymouth, commented:

“We are delighted to have received this support and we are looking forward to working with Melissa on this important project over the summer.”