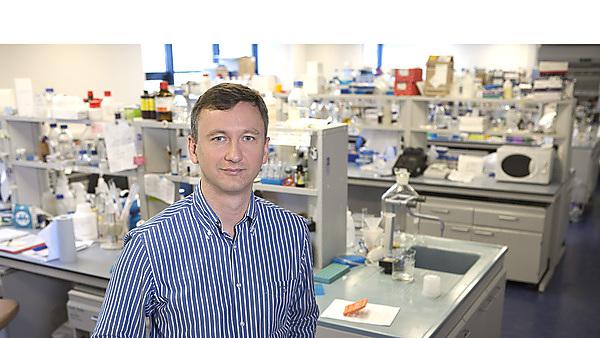 Research at Plymouth University investigating a potential therapy for dementia with Lewy bodies (DLB), the second-most prevalent form of dementia, has received a boost with funding from dementia research charity BRACE.

The funding for a PhD post will support ongoing research into DLB, which is caused by tiny deposits of a protein called alpha-synuclein in nerve cells.

The research team believes that mitochondrial damage caused by a build-up of alpha-synuclein is something that happens early-on in DLB.

This particular research project will for the first time explore changes in mitochondrial fission/fusion and examine the mechanism associated with those changes. These findings will be valuable in on going work to identify drug possibilities for the treatment and early prevention of disability in those with DLB.

The project is led by Dr Oleg Anichtchik, researcher at Plymouth University and co-ordinator of the Alzheimer’s Research UK South West Research Network Centre. He said:

“DLB is thought to account for 15 to 30 per cent of all cases of dementia, so the discovery of an effective treatment could have immense impact on dementia as a whole. This current research project takes our work on DLB to the next level and we are extremely grateful to BRACE for it support for a PhD post.”

“Dr Anichtchik and his team are at the leading edge of research into dementia with Lewy bodies and we are delighted to be able to support him in his vital work. The people who donate to BRACE are helping to make this type of research possible. Dementia is a rapidly growing problem and BRACE needs more funds to support medical science. We hope the people of Devon will get behind the world class research we are funding in Plymouth and Exeter.”