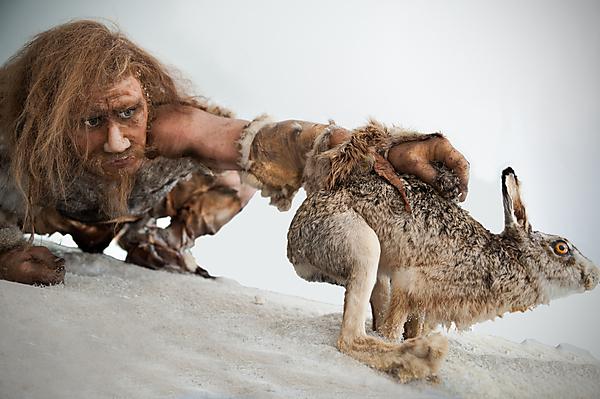 A researcher from Plymouth University School of Biomedical and Healthcare Sciences has led an international team investigating viruses that entered the DNA of our ancestors millions of years ago.

While these viral remnants affect the health of other animals, the research team found that in humans, levels of ancient viral DNA are in decline – and that one reason for this might be that our lifestyles are far less bloody than that of earlier humanoids.

This decrease could be because of reduced exposure to blood-borne viruses as humans evolved to use tools rather than biting during violent conflict and the hunting of animals.

Despite natural defence systems, a retrovirus occasionally infects a mammal’s egg or sperm, and the virus’s genetic code gets incorporated into the animal’s own genome. This viral ‘fossil’ then passes down from generation to generation: we all carry remnants of DNA from viruses that infected our ancestors millions of years ago. These ‘endogenous retroviruses’ (ERVs) appear not to cause us any harm, even though they are known to result in diseases such as cancer in other animals.

A team of researchers from the University of Oxford and Plymouth University, UK, and the Aaron Diamond AIDS Research Center, USA, wondered if there was a combination of factors unique to humans that explained why these viral fossils in our genomes remain benign. They counted the number of times that retroviruses appear to have been integrated into an animal’s genome in humans, comparing humans with 39 other mammalian species, including chimpanzees, dolphins and giant pandas.

Reporting their results in the journal Retrovirology, the researchers compared the genetic signature of the two edges of the virus. These edges are identical when the virus first invades the genome, but as they acquire random mutations over time, they slowly begin to diverge. By tracking this divergence, the research team could measure how long the retrovirus had spent in an animal’s genome.

One reason for the reduction in retroviral incorporation into the human genome might be a change in behaviour as humans evolved: fewer bloody fights and less exposure to infected meat meant that compared to other animals, our ancestors became less likely to encounter blood, a major route for viral infection.

"Considering us simply as a primate species, the proportion of human individuals that are infected with retroviruses is much less than among our relatives such as chimpanzees, even taking into account the historically very recent HIV pandemic,"

said Dr Robert Belshaw of Plymouth University, the senior author of the study.

However, Dr Magiorkinis from Oxford University’s Department of Zoology cautions:

"We have shown in the past that Hepatitis C, a virus transmitted mainly through blood, was spread massively after World War II. There is no doubt that the past trend of reduced blood contacts has been reversed in the last century, and this has severe consequences for viral infections."

The work was supported by The Wellcome Trust and the Medical Research Council.