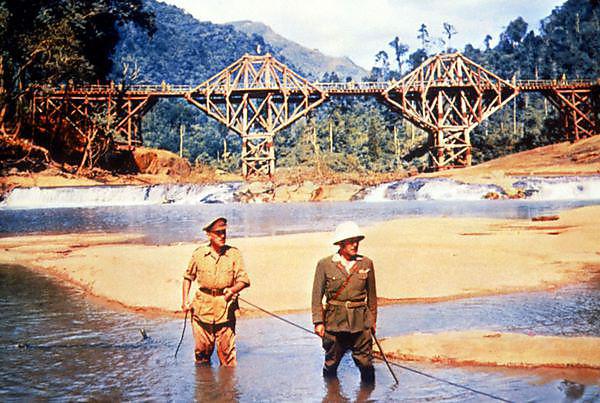 Film fans will get the ultimate say on which movie shows as the credits roll on a major cultural spectacle coming to the South West this autumn.

It’s All About the River features a month-long programme of new commissions and popular and cult classics, which together aim to explore the historical and future connections of local and international communities with the River Tamar.

While the majority of the programme has been finalised, the final weekend of screening in Devonport will feature an audience choice segment to be decided on by members of the public and those attending events in the preceding weeks.

A shortlist of six well-known films – all with a river theme – have been chosen for the screening, which will be held on Saturday 11 October in Devonport Park, with people able to vote on their favourite online, via Facebook or at festival events.

The shortlist of six films includes Spirited Away, Bridge on the River Kwai, Salmon Fishing in the Yemen, On A Clear Day, A River Runs Through It and Beasts of the Southern Wild.

"We are really excited about the prospect of having a large open air cinema event in the Park. I believe the venue is perfect especially as the Park overlooks the River Tamar. There is already great deal of anticipation building and we are proud to be supporting this important community event."

Starting on September 12, It’s All About the River will feature new commissions from local, national and international artists and filmmakers, alongside screenings of popular and cult classics in communities from Calstock to Cargreen, Bere Alston to Barne Barton.

Presented by The River Tamar Project and Peninsula Arts at University of Plymouth, the festival is being staged with funding from Arts Council England, the British Film Institute Film Festival Fund, the Cornish Mining World Heritage Site, the Heritage Lottery Fund and FEAST.

Tickets for the festival are now on sale via the website - see link below - which is also where people can vote for their favourite film for the audience choice segment. The website also features full details of the programme and the new commissions.

It's All About the River