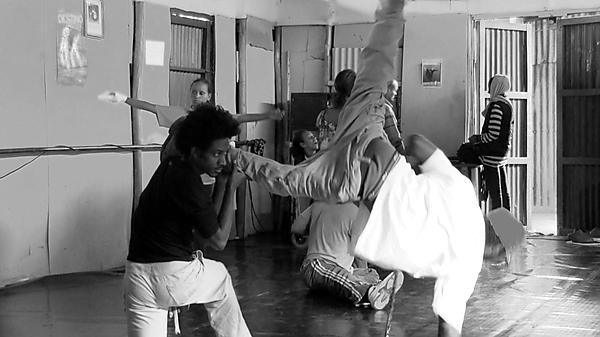 It is a country where disability is still often viewed through a distorted lens: as a curse; a punishment; something inherently shameful. In Ethiopia, entrenched attitudes mean that many disabled children are either kept hidden by their families or employed as beggars on city streets.

One Plymouth academic has been helping to break down those barriers by using contemporary dance to empower young disabled people and provide them with a very real stage to showcase their talents.

Adam Benjamin, Lecturer in Theatre and Performance in the School of Humanities and Performing Arts, has been working in Ethiopia since 2000 when he was invited to begin researching the Adugna Community Dance Company, which works with disadvantaged children from the slums of Addis Ababa.

“Initially I was sceptical about getting involved,” admitted Adam, who in 1991 co-founded CandoCo Dance Company with Celeste Dandeker, the first professional, integrated dance company in Europe. “I am a great believer in the power of dance and its ability to transform people and relationships, but I was wary of exporting something that had worked in Britain to a culture I didn't know and whose needs were so radically different. Dance is different in Africa. Britain was once known as ‘the dancing nation’ but the Industrial Revolution and the Victorians pretty much did for us, until recently that is; but in Africa dancing in the community never died.”

Encouraged by what he found, and having hosted workshops and choreographic sessions with Adugna’s dancers, Adam recruited a group of young disabled dancers, and put together a company of 11, ten with post-polio paralysis and one with severe cerebral palsy, who used a wheelchair.

The group named themselves the Adugna Potentials and Adam worked with them, and Adugna to explore how the integrated dance he was familiar with in the UK could be developed in an Ethiopian context – enabling dancers of different physical abilities to co-exist as equals on stage.

“It was about encouraging young people to shed this notion that disability is something to be ashamed of,” Adam said. “The training and practice we provided has empowered them, it’s given them the confidence to believe in themselves and to create change in their communities”.

Two years after his initial research, Adam published the book Making An Entrance: Theory and Practice for Disabled and Non-Disabled Dancers in which he suggested that the Adugna dancers might be able to use their performance skills as a way of raising awareness and communicating important messages, as well as being a social, artistic and remedial activity.

Adam has since choreographed a number of pieces for Adugna in Ethiopia and has been a mentor for Adugna’s choreographers Junaid Jemal Sendi and Addisu Demissie, co-creating A Holding Space with fellow choreographer Russell Maliphant as part of the Destino Project, made in part at Plymouth University and premiered at Sadlers Wells in 2012. Sendi and Demissie are now recognised, award-winning artists in their own right and the new artistic directors of the company they have re-named Destino, they are now busy building the first social enterprise dance company in Ethiopia working with marginalised and ‘at risk’ groups including disabled youngster, those suffering from HIV and ‘young offenders’.

In March 2013, Adam returned to Addis Abbaba to research and film the development of Adugna Potentials and to run a choreographic lab to move the company into new integrated performances strategies.

The visit clearly paid off as, in October 2014 Sendi and Demissie along with three of the original Adugna Potentials – Morka Geremew, Andualem Kebede and Yetsedaw Mesfin – won the Jury First Prize at the dance and disability festival in Valencia, Spain re-working their own 2006 creation, Tilla.

As the years have passed and the curtain has fallen on the performances of the original Adugna Potentials, so it has risen on a group who are now active in driving social change for Ethiopia.

“Some are working to improve the place of women in Ethiopia, others in education, or the treatment of street children,” said Adam. “But there’s one thing they have in common, and that is the profound effect that performing in front of thousands, hearing their cheers and bursting with pride, has had on their lives."

When you see someone who is so used to being looked down upon, raise themselves up, both physically and mentally, and hold the space around them with pride, and dignity – that is a moment that stays forever. 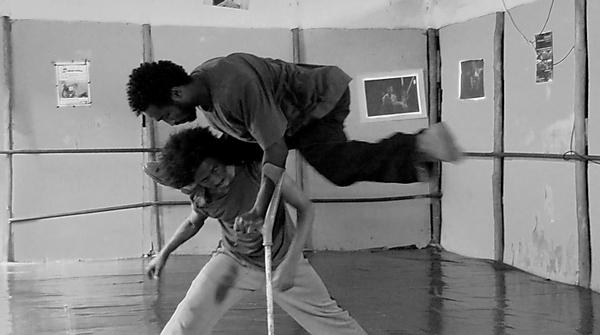 It was fitting that Sendi and Demissie were guests at the grand opening of The House, the University’s performing arts building, in November. In the words of Professor David Coslett, Interim Vice-Chancellor:

“[it was] Adam's professional and scholarly expertise in this area, [that] led to the University's decision to invest in new facilities, resulting in Board of Governor approval to build an industry standard, fully accessible theatre space.”

There can be no doubt that the disabled and non-disabled students who come to study at Plymouth will have an equal chance of excelling and of changing the future lives of those they come in contact with, for the better.

About the University's REF return