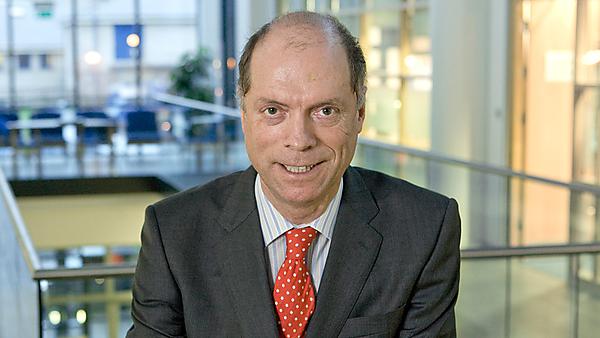 Rob Sneyd, Emeritus Professor of the University of Plymouth, has been recognised for his lifetime services to anaesthesiology with the prestigious Gold Medal from the Royal College of Anaesthetists.

Professor Sneyd, who retired as Dean of the University’s Peninsula Schools of Medicine and Dentistry in 2018, was presented with the accolade – the highest that can be awarded to a Fellow of the College – by its President, Professor Ravi Mahajan.

He received the honour at the Royal College’s Diplomats Day at Central Hall, Westminster, in front of an audience of more than 1,000 people.

An acknowledged expert on intravenous anaesthesia, with more than 100 cited publications, Professor Sneyd was recognised for his “intelligence, energy and generosity”. In his citation, the Royal College praised him for using “his talents to support and encourage medical students, trainees and anaesthetists in every sphere of activity, whether clinical, academic or political”.

Speaking of the award, he said:

“The Royal College of Anaesthetists serves patients and their doctors through education, research and setting standards in care and safety. I share these objectives and have worked with amazing colleagues to deliver them. I’m honoured and grateful to receive this award.”