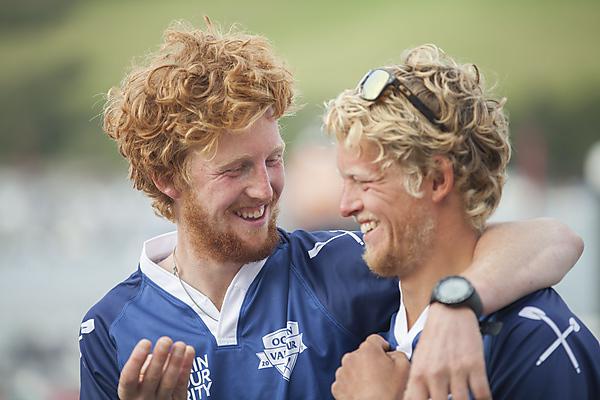 A Plymouth University graduate has achieved a double success with a record-breaking row across the Atlantic Ocean.

They can now lay claim to holding the records for rowing the greatest distance covered by an ocean row boat in 24 hours – an astonishing 129 miles - and are also the youngest crew to have rowed the 4,300-mile route.

The former GB dinghy sailors have also managed to raise £63,000 for the Brain Tumour Charity in memory of Tom’s father. Tom said:

“I decided to take on a challenge to honour the memory of my father, Luke, who died from a Brain Tumour in 2012. Growing up around the sea I didn’t have to look very far to come up with a plan so Lawrence and I swapped our sails for oars and have spent the last three months on board our ocean rowing boat ‘Yves’.”

The good news comes after a few setbacks, which included Tom’s original rowing partner and fellow Plymouth University graduate, Sam Coombs, having to pull out a month before the challenge got underway due to injury.

Lawrence stepped in at the last minute to share the task of rowing two hours on and two hours off on this non-stop and unsupported journey, which saw the pair survive a deadly hurricane, monster waves, hallucinations and a brutal capsize. These factors led to the pair abandoning their original attempt to beat a century-old record, which saw two Norwegians complete the journey in 55 days.

Carrying everything they needed on board, from high energy meals to specialist equipment that uses solar panels to make drinking water, the last leg of the journey proved another test of wills as the boys had to ration their food supply meaning they were burning more calories than they were taking in.

But Tom and Lawrence still ended their epic journey on a high, being treated to a hero’s welcome with hundreds of air horns sounding, flags flying and family friends and supporters lining the quay side as they rowed into the Devon harbour alongside a flotilla of yachts, kayaks and Royal Marine boats.

As one of the sponsors of the Ocean Valour team, staff, students and alumni from Plymouth University have also been instrumental in offering support, tracking the journey from start to finish, funding an RYA certified course and forming part of the welcoming committee at sea. And, thanks to a group of students, the boys’ final moments at sea have been documented on film.

As a final boost to the fundraising efforts, one of the oars used during this Guinness World Record setting journey has been auctioned off, raising an extra £3,000.

“Tom and Lawrence have put themselves through an extraordinary challenge to raise an incredible amount of money for us and for a cause they believe in passionately. None of us will forget their achievement. Their commitment to helping us end the misery caused by brain tumours, after what Tom’s family went through when they lost Luke, is genuinely awe-inspiring.”