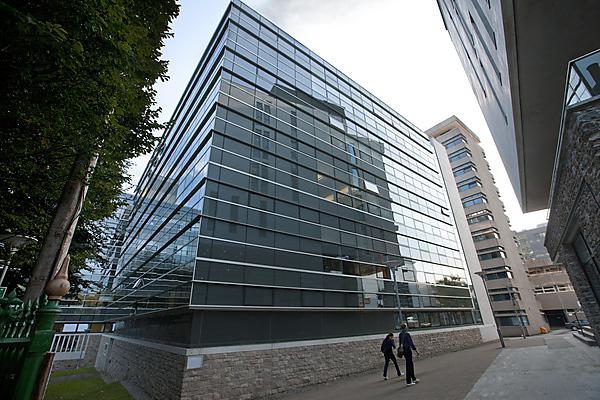 In the centenary of women’s suffrage, Plymouth’s first woman doctor Rosa Bale is set to be honoured at a special ceremony in the city.

The University of Plymouth and Plymouth City Council will install a commemorative blue plaque on the main campus to honour Dr Bale, who grew up in Landkey, near Barnstaple, and practised as a GP in Portland Square, close to the campus building of the same name.

And in the run up to the event, both organisations have launched an appeal for family relatives of Dr Bale to come forward and contact them, as there are no records of any direct descendants. In order to mark her life and vital contribution to public health, anyone with information, pictures or possible familial links is encouraged to get in touch.

“We know Dr Bale was from Landkey, but she had no children, and from the records we’ve found, her siblings Joseph and Sarah Bale didn’t have children either,”

said Hilary Neve, who is Professor in Medical Education at the University, and a Plymouth GP.

“We are hoping to put up the plaque in early December but we want the right people to be there and to have as much information about her as possible to tell the richest story we can.”

Rosa Bale became the first female doctor in Plymouth, and possibly the first one west of Bristol, in either 1895 or 1896, after qualifying at the London School of Medicine for Women in 1892. Having had to fight against male prejudice, she was a keen suffragist, but not militant, and supported other female doctors who followed her.

When World War II began, she refused to move away from the city, claiming that as the children, many of whom were her patients, had not been evacuated, she should stay too. However, when her house was damaged in the Blitz of March 1941, she moved back to Barnstaple. She died later that year, on 3 November, aged 76. She was laid to rest in the family grave.

The Bale family were staunch Methodists and Rosa became a key figure at Plymouth’s Ebenezeer Chapel, where she took a weekly Bible class. She also oversaw the project to re-model their premises as the Plymouth Central Methodist Church.

“We would welcome anyone in the North Devon area to root around their attics to see if there’s a sign of any family photos, or relationship, however distant. Dr Bale was a remarkable woman and the more information we have, and the more people we can mark her life with, the better.”

One possible link may be two cousins, Miss P R Walton and Mrs P L Thomas, who were both mentioned in Dr Bale’s funeral notice.

“At a time when glass ceilings would have been ten metres thick, she not only qualified as a doctor, but was a revered speaker and made a huge difference to local public health in Plymouth. For me she’s an inspirational figure and we look forward to hearing what people might find.”