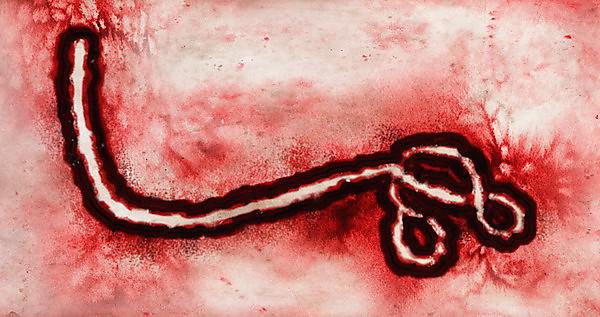 Ebola virus is one of a variety of viruses that causes a disease that comes under the general heading of viral haemorrhagic fever (VHF). Since the Ebola outbreak in West Africa much has been done to further understand the biology of the Ebola virus. Yet a number of people in West Africa displayed VHF-like symptoms while testing negative for Ebola.

What is it that caused some people to display VHF symptoms without having the Ebola virus, and what role might that have in worsening the clinical outcome and survival rates of those infected with Ebola? What other pathogens may have been lingering in the background and how may these have affected the patient’s immune response to fight infection?

VHFs are adept at disabling the host immune system, and they do this by attacking and manipulating the cells in the body which manage the antiviral response. There is a wealth of understanding about how this works but the role of non-VHF pathogens co-infecting patients and how this affects the survival of people with the condition remains largely unknown.

The research team will analyse viromes, the genome of viruses, in blood samples from 100 patients admitted to three Ebola Treatment Centres in Sierra Leone between 2014 and 2015. They will focus both on patients who tested negative for the Ebola virus but who displayed VHF-like clinical symptoms and on patients who exhibited VHF symptoms and tested positive for Ebola virus.

They will aim to ascertain which pathogens may have contributed to these symptoms. They will also test the effects on the immune system through infecting healthy human blood cells with any pathogens identified.

It is hoped that the results of this study could be used for the improved diagnosis of other VHFs, such as Marburg virus, Lassa virus, Yellow Fever virus, Rift Valley Fever virus and Dengue virus.

The study will also identify new and re-emerging pathogens which will benefit the diagnosis and treatment of VHFs, should future outbreaks arise.

The study is led by Professor Christopher H. Logue at Public Health England and Dr Gyorgy Fejer, Lecturer in Environmental Pathogens at Plymouth University School of Biomedical and Healthcare Sciences.

“The 2013-2015 Ebola outbreak in West Africa galvanised the research community into better understanding the virus, the illness it causes, and finding ways in which to detect and combat it.”

“What is new about our research is by combining metagenomic sequencing and immunology strategies, we seek to further understand the effect that other circulating pathogens may have had in patients with VHF-like symptoms but without the Ebola virus. Of equal importance, we will be able see what pathogens the patients testing positive for Ebola may have been co-infected with and the roles these had on patient clinical outcome.”